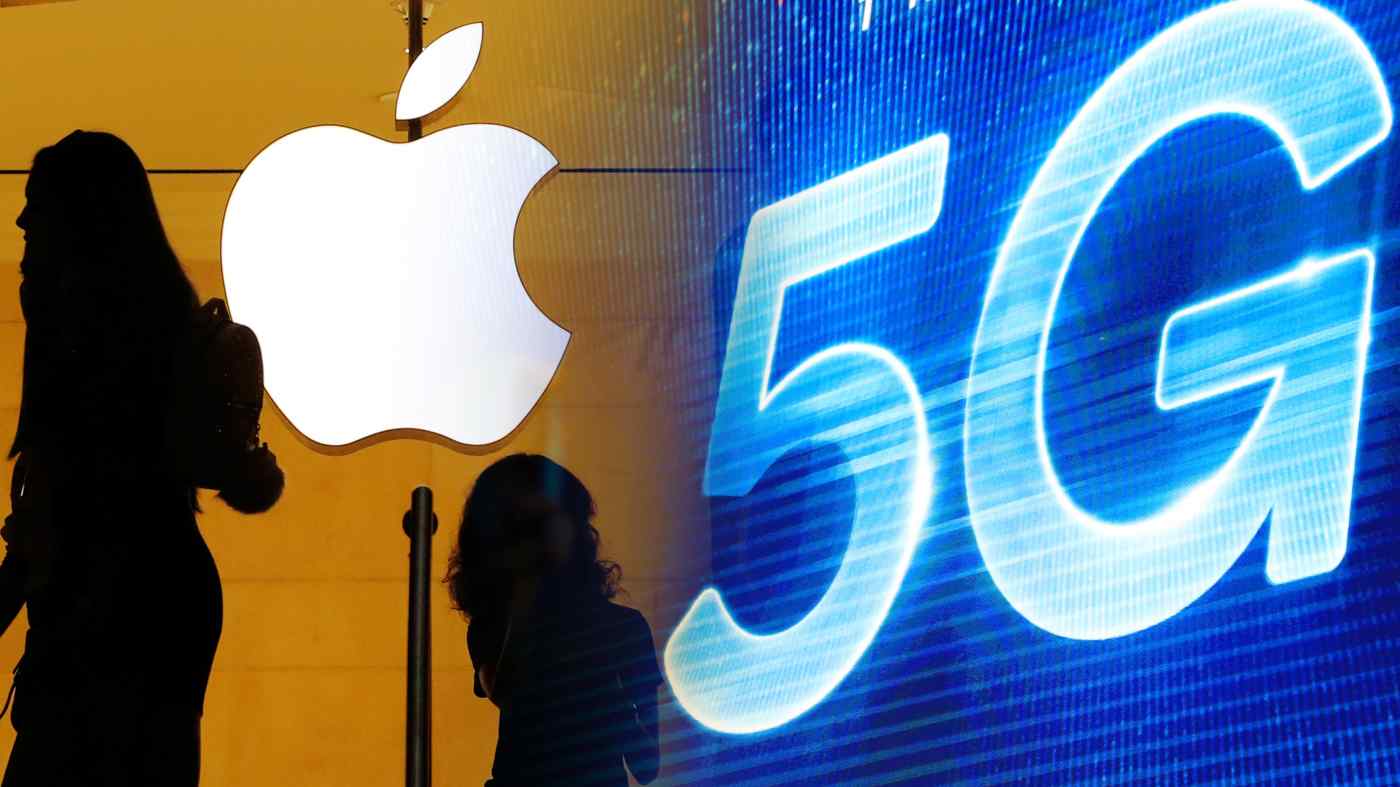 Apple is racing to make up for lost time and release its 5G iPhones with as small a delay as possible. (Source photos by Yoshiyuki Tamai and Reuters)
LAULY LI and CHENG TING-FANG, Nikkei staff writersSeptember 8, 2020 18:00 JSTUpdated on September 9, 2020 07:08 JST | North America
CopyCopied

TAIPEI -- Apple has overcome travel curbs and other coronavirus disruptions to begin initial production of its 5G iPhones in mid-September, narrowing the production delay to just weeks instead of months, the Nikkei Asian Review has learned.

Manufacturing will begin on a limited scale, with mass production expected to begin gradually between the end of September and early October. This timetable is still behind Apple's usual schedule over the past few years, when mass production began in August for lineups released in September, but it is a large improvement compared with the situation a few months ago, two sources familiar with the matter said.