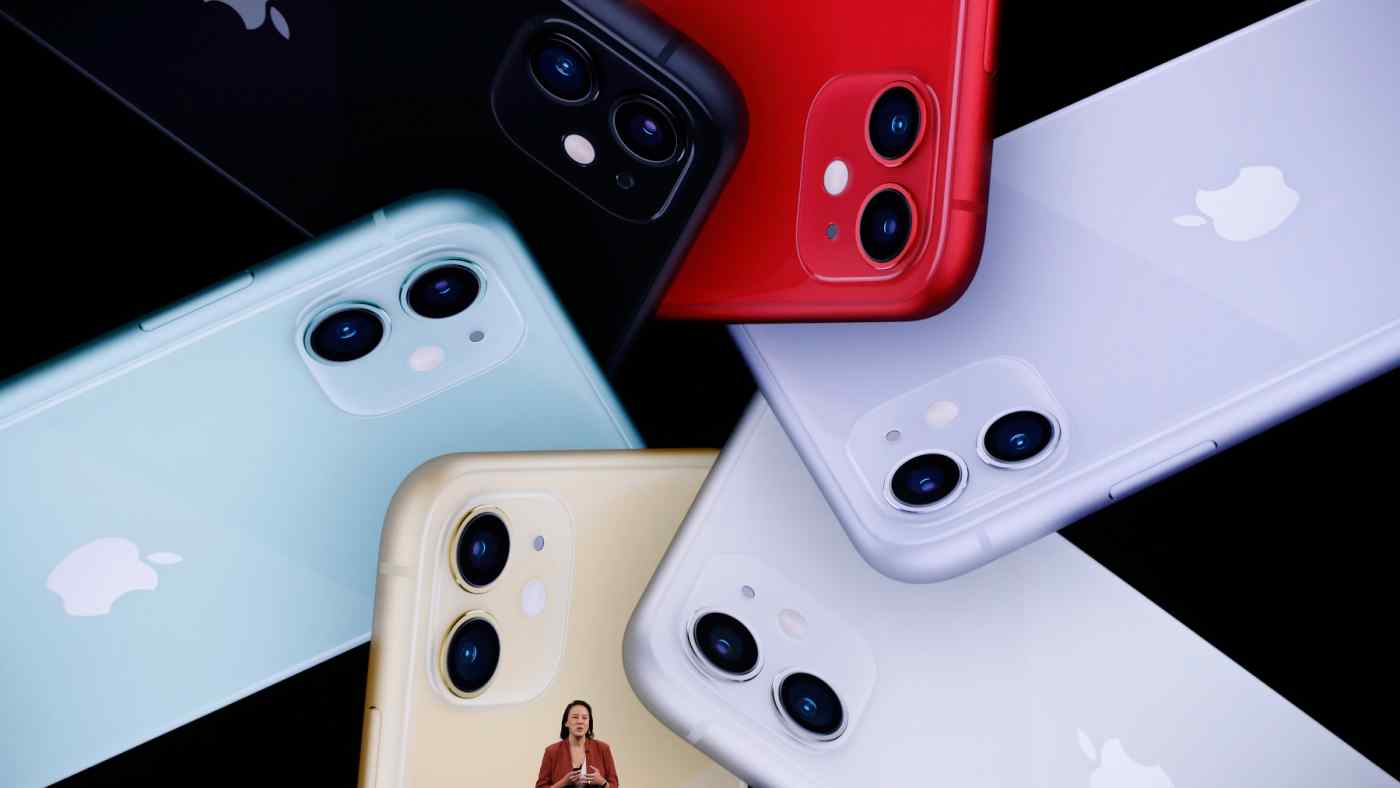 PALO ALTO, U.S. -- For the first time in its history, Apple cut the price of its latest generation of iPhones that were unveiled on Tuesday, in a move some analysts believe is a bid to increase sales amid weak demand for handsets.

The iPhone 11 -- which comes with a better dual-camera, six new colors, a new A13 Bionic chip which Apple says is the "fastest CPU and GPU ever in a smartphone," and an hour longer battery life -- will start at $699, $50 cheaper than the iPhone XR which was released last year.

Until now, new iPhones had always come with a higher price tag.

The three new iPhones will be available for pre-order this Friday in more than 30 regions and will start shipping on September 20.

China, the world's largest smartphone market, remains a crucial battleground for Apple and is among the countries that are eligible for new iPhone preorders.

"We believe roughly 60 million to 70 million consumers are due for an upgrade in the key China region which will be a major focus with the base iPhone 11 replacing the XR, bringing enhanced memory, second back camera functionality, and a handful of other improvements," said Daniel Ives, managing director at Wedbush Securities.

But the Cupertino, California-based company did not give out any hints on its next generation 5G iPhone, putting it one step behind Asian rivals such as Samsung Electronics and Huawei Technologies.

Apple tipped its hat to China in today's event by bringing a Chinese gaming company, Giant Network, to the stage which premiered its first global game title and demonstrated playing the new game on an iPhone 11.

"Apple does need to keep that premium pricing to be a premium brand, but they also have to recognize how the market is performing," said Tuong Nguyen, senior analyst at U.S.-based tech advisory company Gartner.

As the economy slows down, the demand for high-end phones is weakening and it's more difficult to make customers replace their phones, and it's a problem that is faced by not only Apple but also its peers, Nguyen said.

The lower starting price for the iPhone 11 is how Apple prepares for potential hurdles that may come out of the tepid economy and political trade tensions, he added.

However, some believe it will be an uphill battle for the U.S. phone maker in China even with its upgraded ammunition, because of the trade war and growing competition in the region.

"China's government is pushing for 5G rollouts in this tech cold war versus the U.S., and a lack of 5G support and aggression from domestic brands to sell 5G smartphones cheaper than 4G iPhones would make the new iPhones even less attractive for Chinese customers from future-proof and value proposition perspective," said Neil Shah, research director at Counterpoint, an Asia-based technology analysis company.

At the annual event in its Silicon Valley campus Tuesday, Apple also announced a new 10.2-inch iPad starting from $329 and its next-generation Apple Watch starting from $399, along with a series of new services as the company pushing to diversify revenue stream to become less iPhone dependent.