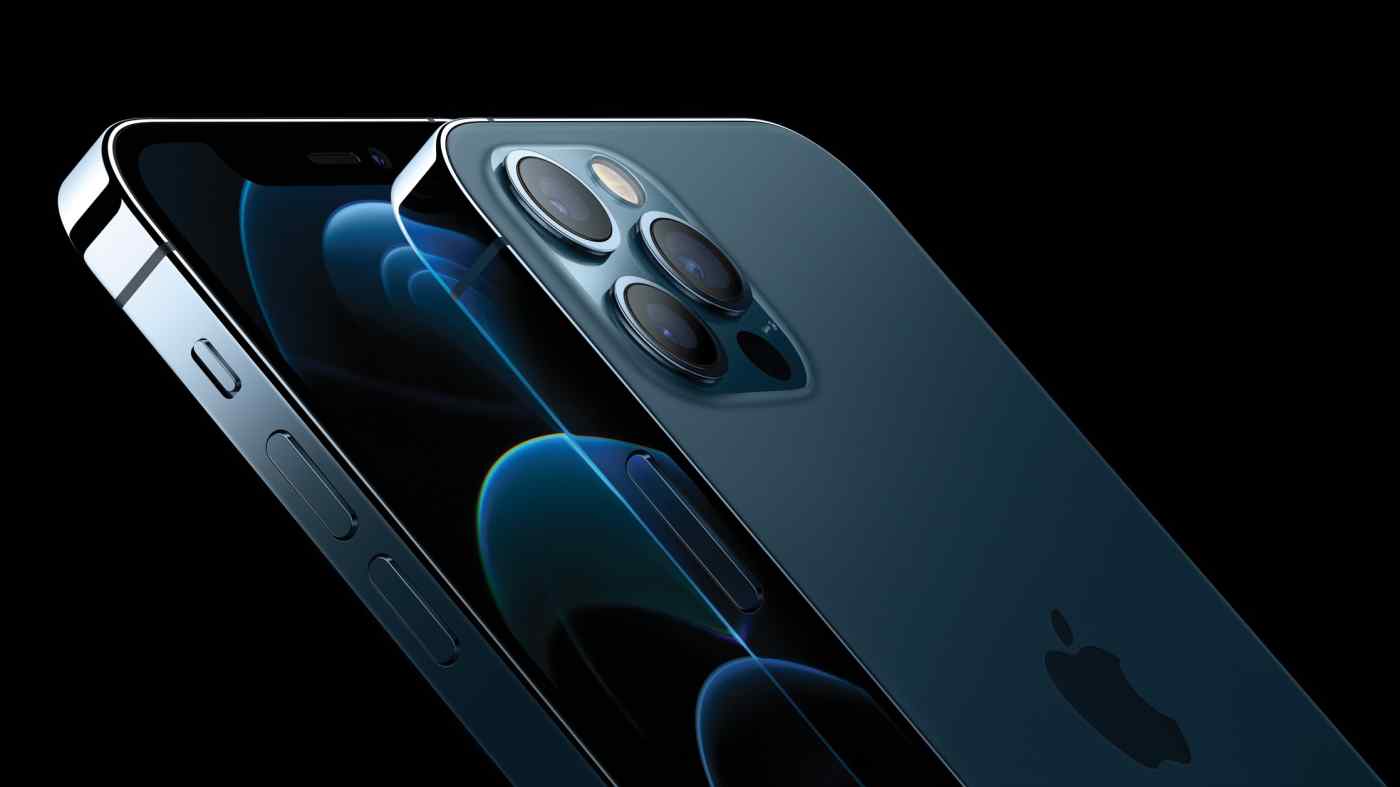 The iPhone 12 line boasts a better dual camera, comes in five new colors, runs on what Apple calls "the fastest chip in a smartphone," and includes a tougher screen less likely to crack. The base price matches what the company's most popular smartphone, the iPhone 11, started at upon its release last year.

Apple introduced four versions of the iPhone 12 at Tuesday's event -- all supporting 5G -- with screens of 5.4 inches, 6.1 inches and 6.7 inches. The 5.4-inch iPhone 12 Mini is the world's "smallest, thinnest and lightest" 5G smartphone, according to the company.

The much-anticipated launch was streamed from Apple's California headquarters and watched around the world, though in China, one of the most important markets for the smartphone maker, several online platforms dropped the event at the last minute.

The new phones are powered by Apple's in-house-designed A14 Bionic mobile processor, made by Taiwan Semiconductor Manufacturing Co. using its latest 5-nanometer technology -- currently the industry's most advanced.

All the new versions will ship without earphones and power adapters as part of efforts to cut costs and waste.

China, the world's largest smartphone market, remains a crucial battleground for Apple and is one of the more than three dozen countries and regions initially eligible for preorders. But Apple faces strong competition and geopolitical headwinds there amid the Trump administration's efforts to ban popular Chinese-owned apps like WeChat and TikTok from the company's app store amid recent Sino-American tensions.

Video platforms in China, including Tencent and iQiyi, canceled previously scheduled streaming of the iPhone launch event at the last minute Tuesday without explanation. But users could still watch on Apple's Chinese website, according to Chinese social media reports. This image provided by Apple shows its new iPhones, equipped with technology for use with faster new 5G wireless networks, that Apple unveiled on Oct. 13. (Apple via AP)

Apple has bet heavily on 5G to help it against rivals, including Samsung Electronics and Huawei Technologies, which introduced 5G-capable smartphones a year earlier and have already rolled out multiple new models in 2020.

The American technology giant's main competitor in the Chinese market, Huawei -- which overtook Samsung as the world's leading smartphone maker by unit shipments in the quarter ended June -- has teased its flagship Mate 40 smartphone announcement for Oct. 22.

"There is obviously a large degree of preference within the Chinese market for domestic brands, and there's been a lot of loyalty to Huawei -- we wouldn't expect that to change," he said.

But the accessible prices of the new iPhones -- especially the Mini -- as well as Apple's brand and its service ecosystem remain attractive to certain consumers in China. Recent bilateral tensions might adversely affect the company's reception there, but "we haven't seen it get to that point yet," Blaber said.

Neil Shah, vice president of research at Asia-based Counterpoint, sees Apple as better prepared for competition in China with 5G than before.

"Since the last few months, Huawei has been able to capture some share away from Apple in the premium $800-above segment due to lack of 5G iPhones," he said. "However, this will change, and Apple is positioned better to win this battle with iPhone 12."

This year's new iPhone announcement came about a month behind Apple's usual September launch time frame, owing to development and production delays from the pandemic.

But Apple and key suppliers are ramping up production and working through holidays to make sure that the long-awaited smartphones hit shelves soon, Nikkei Asia has reported. Production volume for the new 5G iPhones could end up between 73 million and 74 million units for this year, falling short of Apple's original orders for up to 80 million units' worth of components.

"We continue to believe the line in the sand a few months ago was between 65 million to 70 million 5G iPhone 12 units and now has moved into the 75 million-plus range with 80 million a stretch goal," wrote Dan Ives, managing director at Wedbush Securities, in a note to clients.

Apple shares dropped close to 4% after the launch event during midday trading Tuesday and closed at $121.10, down 2.65% from Monday.

Like the company's iPad and Apple Watch event in September, the iPhone launch was online-only, streamed from corporate headquarters in California.