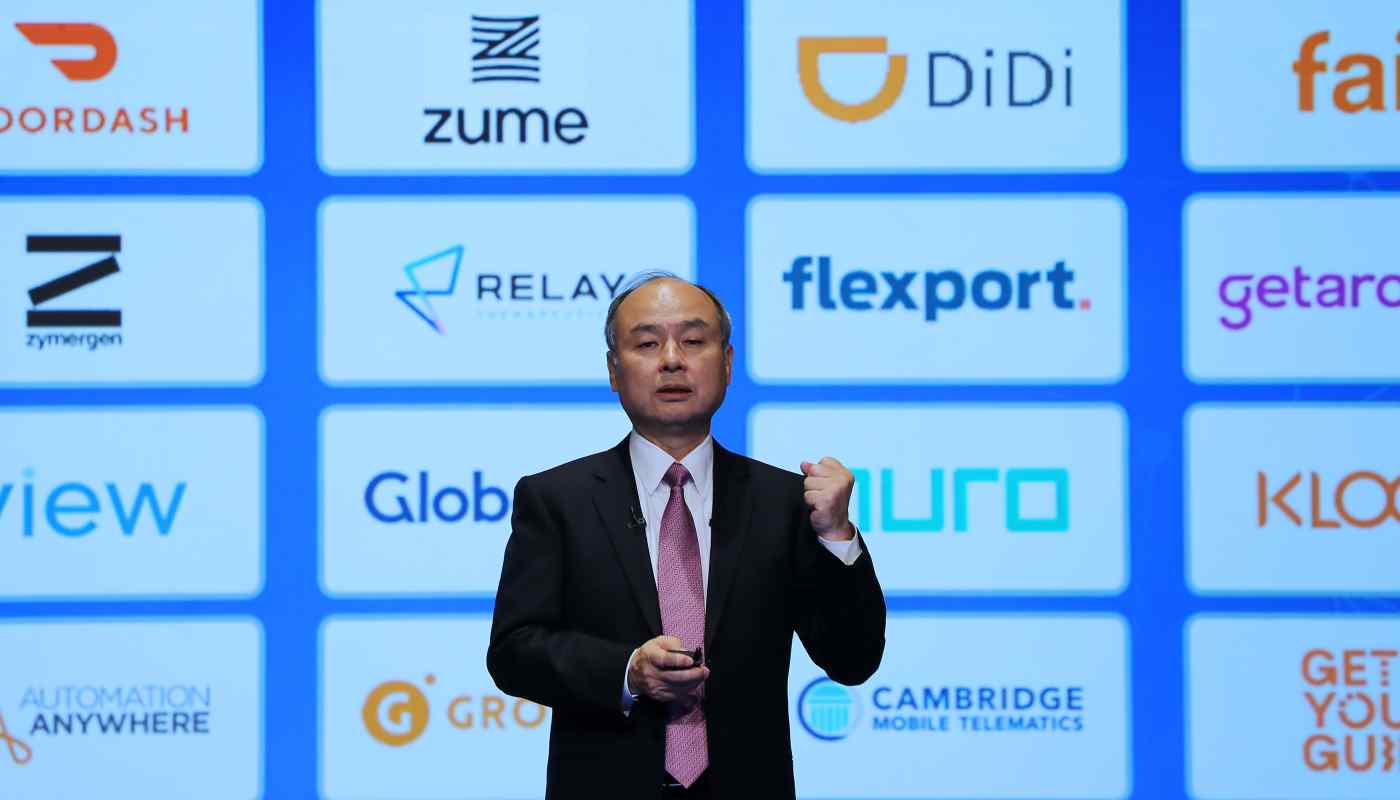 TOKYO/JAKARTA -- SoftBank Group's massive $9 billion loss on Vision Fund investments such as WeWork is rippling across Asia's technology scene, with startups scrambling to change their business plans amid a new "tech winter" that can no longer count on endless capital from Masayoshi Son.

From Indonesia to India, technology companies that recently pursued a visionary strategy of growth-at-all-costs are now pulling in their belts and making "profitability" the new mantra, according to interviews with executives and employees at SoftBank-backed companies across Asia.

Tokopedia, Indonesia's largest online mall, once crowed that it had no timeline to profitability and would continue investing for growth because "that is the beauty of having someone like Son...[who] keeps changing the world through vision," as company founder and CEO William Tanuwijaya told Nikkei Asian Review in January.

Tokopedia now appears to have changed its tune. The company aims to "break-even" by next year, a company spokesperson said. "As a technology company, we believe that growth and sustainability should go hand-in-hand and we have prepared and planned to achieve this since the beginning."

The abrupt shift in tone follows the dramatic reversal of fortunes at SoftBank and its $100 billion Vision Fund, which were revealed this week when group CEO Son presented a second-quarter loss for the company of $6.5 billion -- its worst ever.

On Wednesday, though, any hope that this plentiful supply of capital might still be on tap faded when Son declared that the Vision Fund would no longer "invest for the sake of rescuing, and that the financials of our portfolio companies must be independent."

"Fears that a winter is coming are increasingly spreading across the startup industry in light of [SoftBank's] WeWork fiasco," Aldi Adrian Hartanto, head of investments at Jakarta-based MDI Ventures, said. "Companies are either switching to a focus on profitability or speeding up fundraising efforts to survive for the next 12-24 months."

The tech chill, which could have repercussions on valuations not only across Asia but globally too, began in earnest late this summer as WeWork's planned share flotation began to wobble and then fell.

A few weeks later, in mid-September, Ritesh Agarwal, the founder of Indian hotel startup Oyo Hotels & Homes and who is close to Son, was ordering executives at his Japanese subsidiary to keep a close eye on profit and loss.

It was a remarkable volte-face by the 25-year old entrepreneur, who has more usually talked of how he planned "to rapidly scale up our business" to create the world's biggest hotel franchise. One instruction stood out in particular: after hiring hundreds of employees in Japan in less than six months, he now wanted a hiring freeze on all staff not involved in sales.

Grab, the Southeast Asian ride-hailing giant in which SoftBank has invested $3 billion, is also putting more emphasis on profitability. The loss-making company had used the capital to spend aggressively and capture market share.

But Grab now appears to be putting extra focus on more profitable business lines, such as food delivery. That is especially so as its U.S. peer Uber -- which is also backed by SoftBank and sold its Southeast Asian business to Grab last year -- struggles with mounting losses and a slumping share price.

While Grab takes a 20% margin on ride-hailing, its food delivery operation -- which accounts for a fifth of the company's gross merchandise value -- has over 30% margins.

"We are profitable in some of our mature [business lines]... For businesses where we are not yet profitable, we have a clear line of sight to profitability," a company spokesperson said.

Son's apparent change in approach -- this week he stressed there was "no change in policy" while at the same time saying that "free cash flow," a key measure of profitability, was the Vision Fund's most important metric -- has gone down well with analysts.

"SoftBank Group stated that it will now focus on investment/financial discipline by 1) considering profitability for each investment target, and 2) not offering relief investments," Satoru Kikuchi, an analyst at SMBC Nikko Securities, said in a note to clients. Such discipline, he wrote, "should ease concerns."

Nonetheless, not all startups are shifting their strategies in response.

Coupang, the South Korean e-commerce company in which SoftBank invested $2 billion last year, said that there were no changes in its strategy or relationship with SoftBank.

The company, which posted a 1.1 trillion won ($1 billion) operating loss last year on revenues of 4.4 trillion won, said it would continue "to invest in new services," such as its one-day delivery service Rocket Delivery, e-commerce platform Coupang and food delivery service Coupang Eats.

Still for competitors not-backed by SoftBank who argue that its spendthrift approach distorts markets, any scaling back of its free-spending ways will come as a relief.

That is especially so if SoftBank's firepower runs out completely. On Wednesday, Son said the first Vision Fund has "completed its investment phase" but declined to comment on ongoing efforts to raise an even bigger second Vision Fund from increasingly skeptical investors.

"If Vision Fund 2 does not happen, then that is going to be a big change in the ecosystem," one India-based venture capitalist, said. "There is no question that the glory days are over."

Additional reporting by Mitsuru Obe and Eri Sugiura in Tokyo, Kim Jaewon in Seoul and Kentaro Iwamoto in Singapore 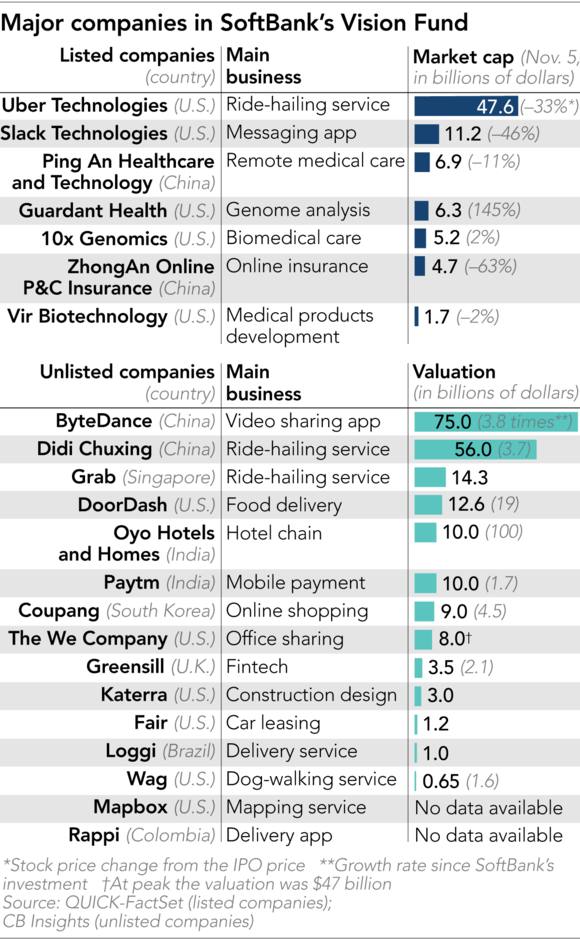