SINGAPORE -- In the 2011 Hollywood hit "Moneyball," Brad Pitt plays a Major League Baseball general manager who transforms a down-and-out, cash-strapped club into a winning team, using a sophisticated data analytics program that picked up on each player's hidden strengths.

The film, based on a book of the same title, loosely tells the story of the Oakland Athletics' 2002 season. Today, the movie could play out here in Asia, where sports teams are beginning to invest in analytical software that can help with decision-making and improve performances. 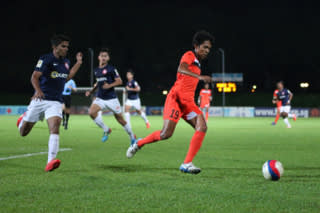 M. Anumanthan of Courts Young Lions, left, pursues Nurhilmi Jasni of Hougang United during an S-League match in Singapore.   © Courtesy of the S-League

"It's not the case that knowing your statistics and learning how to analyze them makes you a top-notch coach," said Kok Wai Leong, director of operations for the 19-year-old S-League. "Coaching is more than just statistics, but this is an important part of it. It tells you not just about the strengths and weaknesses of your opponent, but of your own team as well."

The Singapore association has signed a one-year deal with InStat Football, a Moscow-based sports analytics company. It receives detailed reports, including analysis of individual player performance, within 12 hours of all 212 games to be played this season. It also gets access to a global database of international soccer players.

In an unusual move, Kok has given all clubs and local media access to the reports. "This is no secret," he said. "Our objective is to improve the league. In most parts of the world this is left to the clubs (to gather data), but in Singapore, we operate differently."

U.S. and European teams, especially in soccer, rugby and cricket, have been collecting data for years. Today, new data on players have become available with the arrival of wearable technologies. There is also growing demand for real-time tools to help coaches make snap decisions during a match.

"You always think that there is too much data, and that we're only using 50% of it -- but every year we find a new way, a new reason and more appetite to add an extra layer of information or find a new way of combining the data with something else," said David Collet, director of Opta Sports, which provides data to the Chinese Super League, the Asian Football Confederation, Australia's Hyundai A-League and leading soccer leagues in Europe.

"In the last four years in Europe, we've seen a turning point where data is no longer viewed as the icing on the cake, but really as something that impacts all of sports' stakeholders," Collet said.

One of Opta's clients is the rugby governing body of New Zealand. The country's national team, the All Blacks, has an enviable win rate of 75% over the past 100 years and is the current world champion. 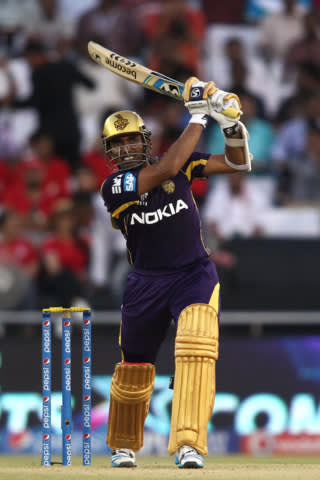 "Passes, touches, scrums, the number of times a player makes contact, how far they run, how fast they run, how many times they run, their heart rate ... if it's going on on the field, we will know about it," said Jason Healy, performance analysis manager of the New Zealand Rugby Union. He receives around 1,500 data points per game from Opta.

The Rugby Union uses a mix of technologies, including: an open-source video platform called SportsCode -- software that allows coaches to integrate multiple data sources as they track a player's on-field performance; raw data from Opta Sports on every match; and Global Positioning System data to monitor player recovery and well-being. These tools and support on how to use them are provided to teams at all levels of the game in New Zealand, from the All Blacks down to provincial clubs.

Analytics alone cannot transform a team's performance without the help of top-level coaches. Healy said rugby coaching was a combination of numbers and people. "We are blessed with inquisitive coaches, which means we get better insight from the analytics tools we use. We get to the key moments and the key questions our coaches want, so we don't get taken off our task by the enormous amounts of data being produced.

"Technology is only a tool," Healy said. "The vast majority of our coaches use it (mostly) to confirm or deny their decision-making. An awareness has been raised around the role technology tools can play, and individually coaches have decided what importance they play for them."

Sports analytics are not just being used to gauge performance. Increasingly they are being deployed in sports ticketing, promotional sales and player acquisition.

The Kolkata Knight Riders, an Indian Premier League cricket squad, debuted a custom-made analytics platform from the German software company SAP to analyze and evaluate a database of 500 cricketers during this year's player auction. The league, despite an ongoing investigation into match-fixing allegations, still generates billions of dollars in annual advertising and sponsorship fees. Each year, its teams draft players for the league's six-week competition.

"You're trying to build what will be a winning combination," said Venky Mysore, the Knight Riders' CEO. "We are always targeting and saying, 'I need eight options at least' for each particular position."

In the past, team owners just competed for the rights to big-ticket names to excite fans, he said. "That doesn't always work because everyone tends to think the same way. "The approach that we had to take was to say: 'Forget the names, let's focus on skills. What are the skills that we want and in which position do we want certain skills?'" he said. The analytics tools allowed team executives, for example, to use a smartphone to filter for a left-handed opening batsman with a strike rate of 140 or better, and make spot decisions during the auction.

The "Moneyball" effect is being felt in Asia, and professional sports will never be the same again.