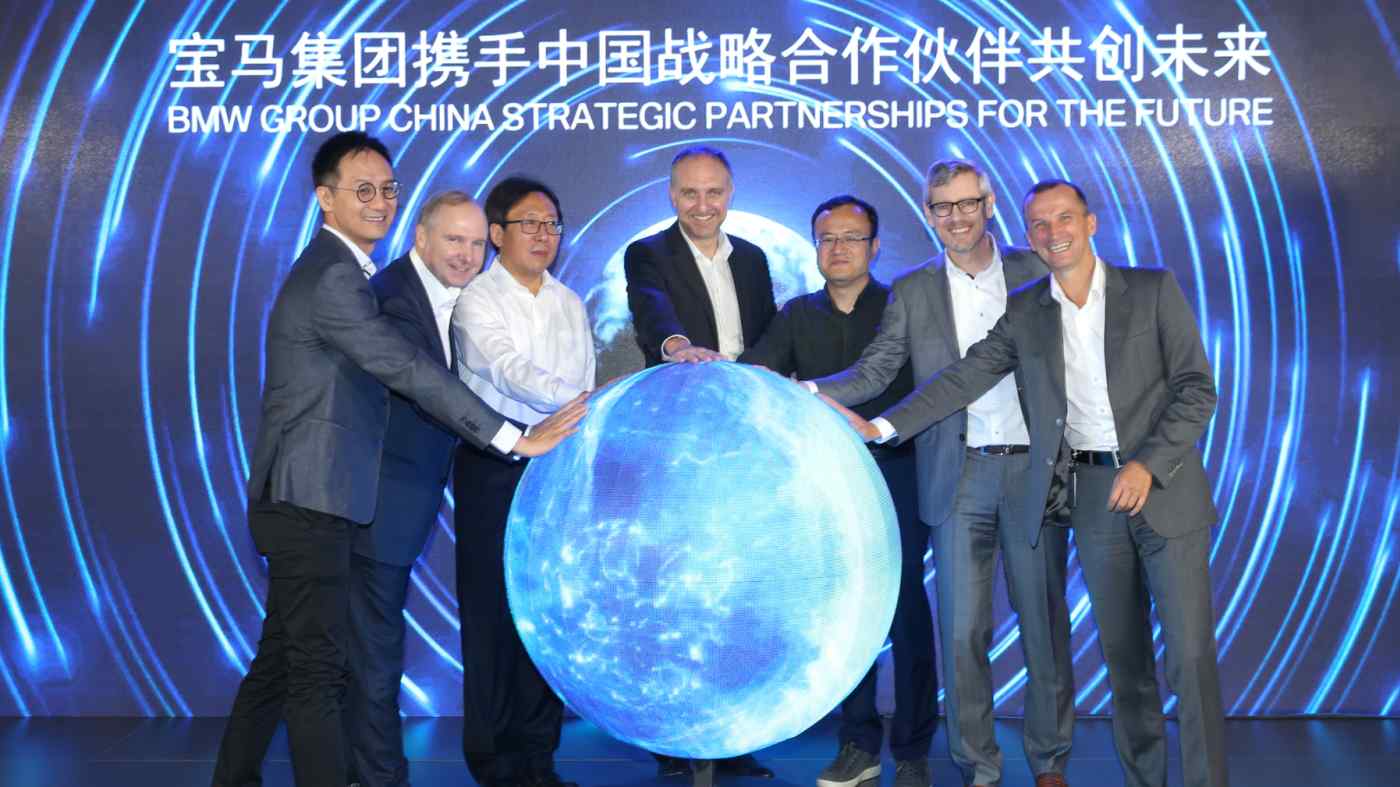 NEW YORK -- BMW has jumped on the automated-driving bandwagon with another Chinese technology giant, half a decade after teaming up with Baidu.

The German luxury car manufacturer will partner with Tencent Holdings to launch a platform to develop automated-driving technology and products tailored to local customers.

"China is at the forefront of automated driving development, and we aim to play a pioneering role in this area," said Jochen Goller, president and CEO of BMW in China, in a news release Friday. "The collaboration between BMW Group and Tencent will set the benchmark for cross-industry cooperation."

The new platform "will allow us to develop autonomous driving solutions that represent a better fit for the specific driving scenarios in China," Goller said.

Automated vehicles are categorized into five levels ranging from level 1, for minimally automated "driver assistance," to level 5, for fully self-driving vehicles. Level 3, or "conditional automation," handles most tasks but still needs the driver at the ready just in case. BMW plans to begin series production of level 3 vehicles in 2021. It will use the platform for work on both level 3 and level 4 vehicles.

The announcement came two weeks after the company and German compatriot Daimler announced a nonexclusive partnership to develop automated-driving technologies, including a platform.

China holds the potential to become the world's largest market for autonomous vehicles, according to McKinsey & Co., which says such vehicles could account for up to 66% of passenger-kilometers traveled there in 2040. Automakers are also eager to find new ways to spark demand in a country whose auto market shrank for the first time in nearly three decades last year.

BMW said its platform will be ready to begin operations by year-end. Tencent will provide information technology architecture, tools and platforms, the automaker said.

"Tencent is committed to assisting automotive companies in the digital transformation," said Dowson Tong, president of Tencent Cloud and Smart Industry, in the news release. "The collaboration between Tencent and BMW Group has deepened over the past year or so, which proves BMW's recognition of Tencent's technical strength in the fields of cloud computing, big data, security and AI. We hope that with the continuous deepening of cooperation between the two parties, we can create a new model and a new benchmark for cooperation between Chinese technology companies and international automotive companies."