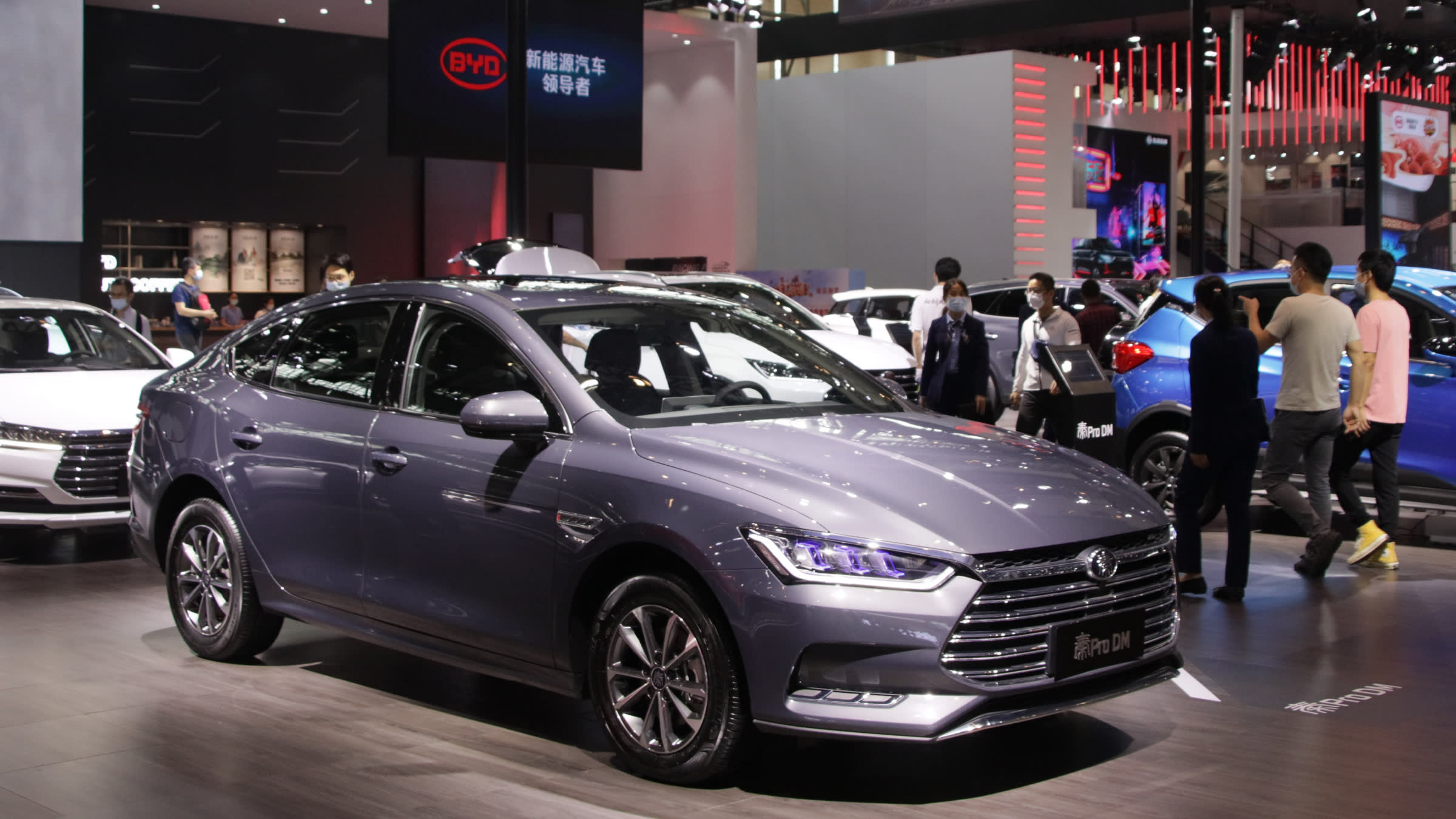 TOKYO/GUANGZHOU -- Chinese electric vehicle maker BYD will transform old EV batteries into power storage for renewable energy and factories across the globe in a new partnership with a Chinese startup and Japanese trading house Itochu.

The ship-container-sized power units will begin to go on sale as early as fiscal 2021 Asia, the U.S. and Europe.

The effort comes as discarded EV batteries are forecast to mount over the coming years in China, which accounts for about half of global sales of electric vehicles.

BYD will collect spent EV batteries from dealerships across China, drawing from buses, taxis and other vehicles manufactured by the automaker, and deliver them to Shenzhen startup Pandpower for performance tests. Itochu will buy the batteries that pass the screening phase for use in large power storage units.

This arrangement creates a pipeline in which batteries that finish their useful lives in EVs are recycled for other purposes. Itochu looks to reap 10 billion yen ($96.6 million) in sales from the effort over five years.

Low-cost storage units that use EV batteries are crucial to promoting electricity generation from renewables.

Itochu has developed a system that fits about 160 interconnected BYD batteries into a specialized 20-foot container. A unit offers about 1,000 kilowatt-hours of capacity, enough to power 100 households for one day.

The trading house aims to keep the price of the power storage system below 150,000 yen per kilowatt-hour. The cost is expected to be at least 20% to 30% less than a newly made industrial unit. Itochu starts operating the storage units on a pilot basis in April as backup power sources for Japanese factories. After ascertaining the performance of the storage systems, including the speed of battery degradation, the company will begin manufacturing them.

The storage units are envisioned as a means of ensuring a steady electricity output by solar power plants and other renewable energy generators. Other likely uses include factory power and mining projects in areas that lack electrical infrastructure.

Itochu looks to sell the units in Australia and Southeast Asia initially, then expand to Western markets and Japan.

Batteries for electrified vehicles are estimated to have five to eight years of useful life. For reasons including safety, the battery must be replaced if its energy capacity falls to about 80%. Yet the batteries removed from electrics can still be useful in power storage units, among other applications.

China led much of the world in enacting policies favorable to electric vehicles in an effort to reduce greenhouse gases and air pollution. These so-called new-energy vehicles took off in China during the mid-2010s.

As a result, the volume of used batteries will grow to 42 gigawatt-hours by 2025, according to projections by the China Association of Automobile Manufacturers and others. That figure is 12 times higher than the estimate for this year, enough to power 5 million households for a day.

China's volume of used batteries is expected to be seven times more than what Europe will produce by 2025, and 42 times higher than Japan's amount. BYD will account for roughly 30% of China's total.

For battery recycling to be a stable source of earnings, a certain volume needs to be produced, in part to ensure quality.

"For the time being, China is the only market where we can secure the volume that can attain profitability," an Itochu representative said.

BYD is also the second-largest maker of automotive batteries in China. The company recycles materials recovered from used batteries for itself, and supplies the materials for use in power storage units. One such client is communications base station operator China Tower.

However, the scope of BYD's recycling operation is small, and it is limited largely to China.

Automakers are responsible for collecting spent batteries under Chinese regulations. BYD needs to make sure these batteries are being used appropriately.

Battery testing partner Pandpower was founded by former BYD engineers, and the startup signed a long-term procurement contract with the automaker. Itochu formed a capital and operational tie-up with Pandpower last year.

About 30% of the worldwide vehicle battery market belongs to BYD and global leader Contemporary Amperex Technology Co. Ltd., or CATL, also of China.

Toyota Motor has also joined the battery recycling game, and a consortium including French automaker Renault and Japanese trading house Mitsui & Co. formed a joint venture in that sector as well. EV sales are mounting in Europe, heralding a pileup of used batteries.

Japanese trading group Marubeni struck a capital tie-up with Chinese EV startup Byton in anticipation of procuring used batteries. But Byton's finances have since suffered, and most of the operations have ceased since summer.