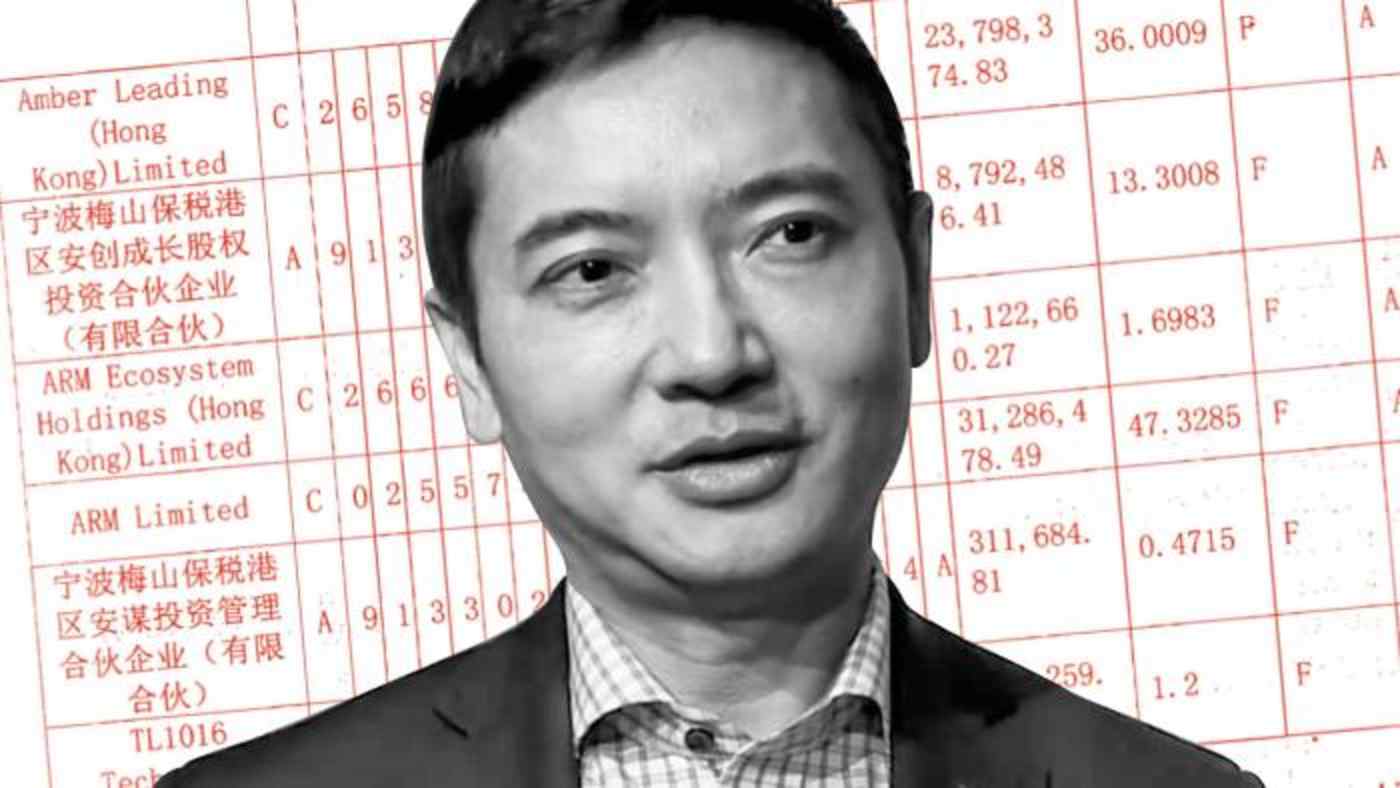 Two of the companies controlled by Wu have filed lawsuits in Shenzhen to protest that he was wrongfully dismissed by Arm and its main partner in the joint venture, private equity company Hopu.

In June, Arm China's board voted 7-1 to remove Wu after he was accused of conflicts of interest relating to his Alphatecture investment fund. A spokesperson told the FT that Wu had disclosed the fund to the board from the outset.

Removing Wu, who continues to run Arm China's day-to-day operations and is its legal representative, is a major obstacle to Nvidia's deal. One person close to Arm China's board said he rated the odds of success for the deal at "only 50-50."

They said discussions revolved around a potential payout of between $100 million and $200 million.

By September the two sides appeared to be near a settlement, with Wu and Chen separately telling colleagues that Wu planned to leave at the end of the month, sources said.

But the value of the 16.6% stake controlled by Wu has been a sticking point, as he argues that Arm China's value has risen fivefold since its establishment in 2018 to 50 billion yuan ($7.5 billion). It is unclear if he wishes to keep or sell the stake, and whether there is a buyer that would suit Arm, Hopu and the Chinese government.

The two sides remain in mediation, and a deal may be reached. But Wu recently told colleagues that his exit is "not a sure thing," and people close to SoftBank and Hopu suggested the negotiations may drag on.

Arm China handles licensing deals and research and development in the country. In 2018, SoftBank said China was responsible for a fifth of Arm's total sales.

The tension over the Chinese unit comes at a critical point in the deal between Arm and Nvidia, as the two companies prepare to approach China's market regulator for approval -- a move that requires both cooperation and data from Arm China. Two people familiar with the matter said Arm and Nvidia had not made any regulatory filings, with one saying it was because of difficulty gaining control of the joint venture.

At Arm Chinese offices, Wu has installed his own security team to deny entry to representatives of Arm or Arm China's board, and emails from Arm headquarters to employees are being blocked, two people close to the company said.

Arm's and Hopu's attempts to unseat Wu have included everything from using high-level connections in Beijing to lean on the local government in Shenzhen, to making calls to local regulators warning that the case will discourage foreign investment into the city if it is allowed to fester.

But Wu also has backing in some corners of the Shenzhen government. In September, for example, Wu was named on a high-level reform committee in the city, alongside other high-profile business figures, such as Merlin Swire and Zhang Lei, founders of Hillhouse Capital, according to a document seen by the FT.

Both the Shenzhen government and Beijing have a keen interest in the outcome, since Arm's intellectual property underpins almost every mobile phone chip designed in the country.

Arm, SoftBank and Nvidia declined to comment, while Wu did not respond to a request for comment. A spokesperson for Arm China said it did not respond to speculation and threatened legal action "against any organization or individual who spreads rumors with the hope to damage our reputation."

"It is in everyone's best interest for Arm China to remain stable," the spokesperson said.