Can China create its own Silicon Valley? Ask a Nobel laureate 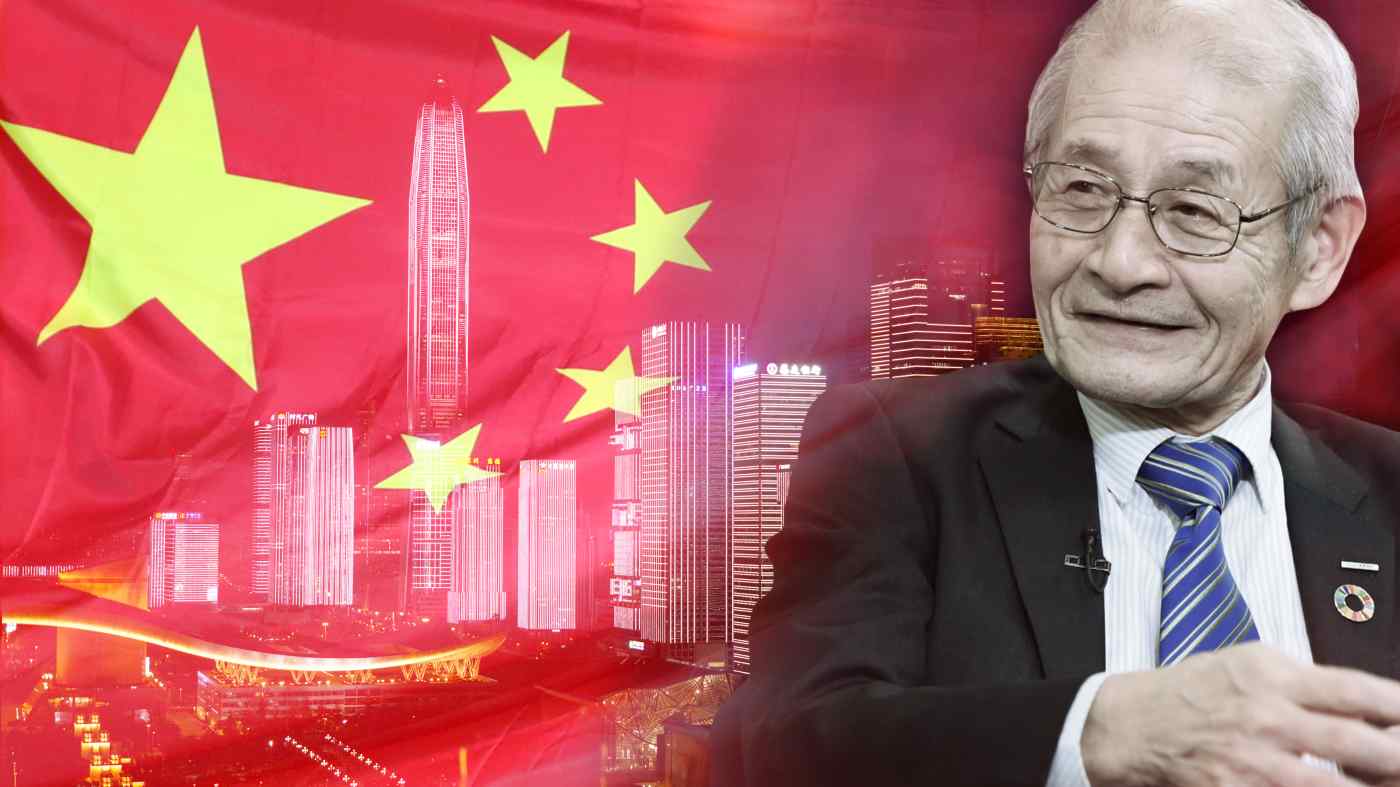 TOKYO -- Does China have what it takes to create its own Silicon Valley?

For Akira Yoshino, who shared this year's Nobel prize in chemistry for his work on lithium-ion batteries, it is a question well-worth considering. Silicon Valley has produced many of the world's most exciting technological breakthroughs, the 71-year-old chemical engineer argues. Whether China can nurture a similar hub of innovation remains a matter of debate.

Rather than answer this question himself, Yoshino put forward five criteria necessary for a Silicon Valley to emerge and flourish.

The most important criteria, Yoshino said at a recent media event in Tokyo, is distance.

Being far from a country's power centers -- both political and financial -- allows thoughts and ideas to develop freely, Yoshino argued, citing Silicon Valley's distance from both Washington and New York.

"If a business plan is reliant on the government, I doubt the technology that comes out of it will be universal," said Yoshino, an honorary fellow at Asahi Kasei and a professor at Meijo University in Nagoya.

This criteria would eliminate Zhongguancun as a potential Chinese Silicon Valley, as it is located in the political hub of Beijing. Hangzhou, where Alibaba Group Holding is headquartered, is close to China's financial capital, Shanghai.

More promising is Shenzhen, which is almost 2,000 km from Beijing and over 1,200km away from Shanghai. The southern Chinese city has indeed produced a number of startups that have gone on to become successful tech powerhouses, including Tencent Holdings, Huawei Technologies and DJI.

Another criteria Yoshino mentioned is having investors who are willing and able to assume risks, even of total failure.

Venture capital funding in the U.S. during July-September totaled $28.2 billion, about half of the global total, according to KPMG's latest quarterly report. This dwarfed the $14.9 billion figure for Asia including China. On the other hand, seven of the 10 biggest deals in the region involved Chinese companies, with NetEase Cloud Music topping the list at $700 million raised.

China's venture capital market has been slowing due to ongoing tensions with the U.S. and other factors, but Philip Ng, partner and head of technology at KPMG China, is not overly concerned. "Despite the challenges in the market, a number of sectors continued to attract investment, including fintech, autotech and biotech," he said.

In other words, China seems to be doing fine on the funding front.

Yoshino's next criteria is less immediately obvious: the ability to visualize. "When you talk about the future, certain things are not expressible by words only. You need someone to illustrate or visualize them for you," he said, referring to another California institution: Hollywood.

China's progress on this front is mixed. While Chinese films have struggled to find global success, its video games -- particularly mobile games -- have been embraced across the region and around the world.

Freedom of speech, publication, assembly, association, demonstration, and religion are all enshrined in the Chinese constitution. But the country scored just 11 points out of a possible 100 on Freedom House's Freedom in the World 2019 report, placing it below Venezuela and Laos on the watchdog's ranking of countries by how free their societies are. 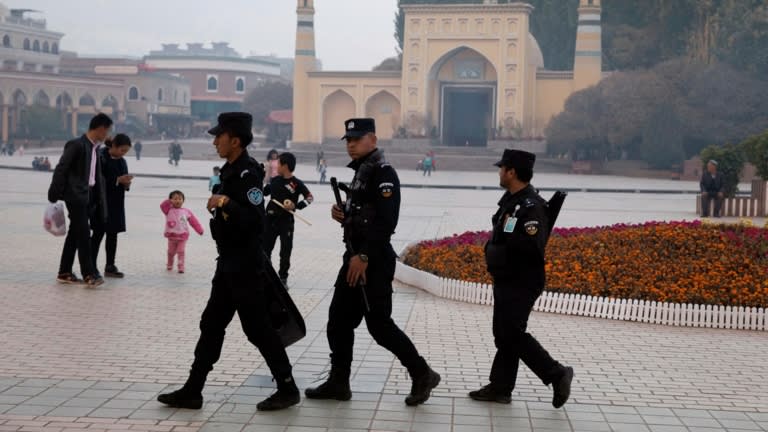 Uighur security personnel patrol near a mosque in China's Xinjiang region. The U.N. has accused Beijing of cracking down on ethnic minorities.   © Reuters

And despite official denials by Beijing, the United Nations says at least 1 million ethnic Uighurs and other minorities have been detained in Xinjiang Autonomous Region. Reporters Without Borders, moreover, says 120 journalists are detained in the country, the highest number in the world.

At the same time, critics say debate and discussion are being stifled on university campuses. Since 2013, immediately after President Xi Jinping came to power, university professors and instructors have been forbidden from discussing seven "taboos": universal values, press freedom, civil society, civic rights, historical mistakes by the Communist Party, the crony capitalist class and judicial independence.

Teng Biao, a prominent human rights lawyer and legal scholar now living in exile, told the Nikkei Asian Review that even though China never had full intellectual liberty under Communist rule, he was able to gain "enough sense of enlightenment to later become a human rights lawyer" after entering Peking University in 1991.

As a freshman, he said, he "had been brainwashed at school with the ideology of the ruling Chinese Communist Party," but he at least had access to underground publications that were officially banned, was able to read translated books on Western philosophy and ideas on liberalism and democratic values, and encountered independent-minded professors. On Chinese campuses today, Teng said, "students are being brainwashed."

On Dec. 17 it came to light that Fudan University, the top institution in Shanghai and a long-time rival to Peking University, had revised its articles of association. "Freedom of thought" was deleted from the section on educational philosophy, while several political slogans, including Xi's catchphrases "new era" and "great revival of the Chinese race," were inserted.

So, can China create and sustain its own Silicon Valley? While Yoshino did not answer the question himself, there is one more sign that China may still have some ways to go. Despite a population of 1.4 billion, the country has produced only one Nobel laureate in natural sciences, Tu Youyou, who won the 2015 prize in physiology or medicine for contributions in the fight against malaria.