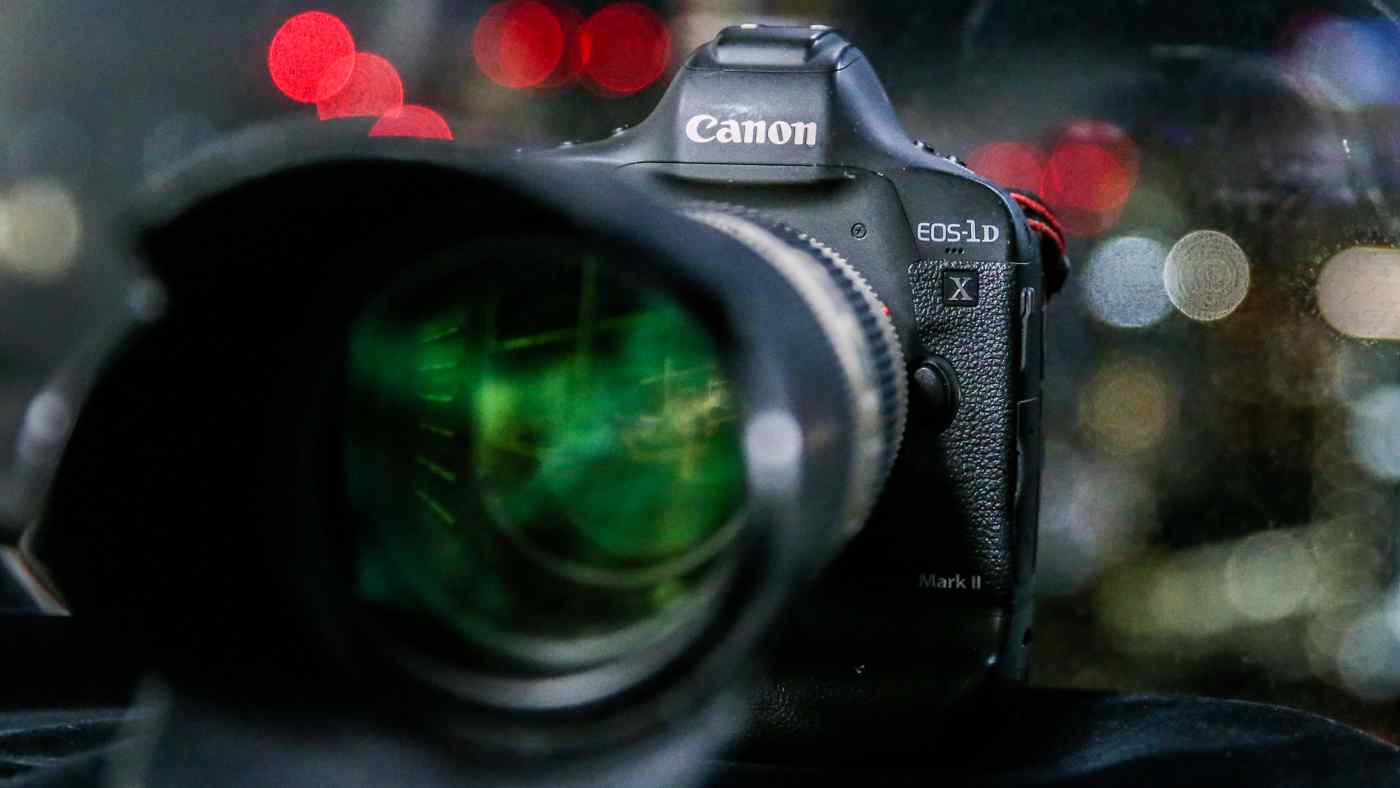 TOKYO -- Japanese camera maker Canon has developed an image sensor that can take high-quality color photographs even in the dark, a big stride toward automated driving and augmented reality.

Canon will start mass-producing the sensor in 2022, Nikkei has learned.

The sensor can recognize light at one-tenth the brightness conventional sensors need, lending itself to a range of industrial applications such as driving and surveillance.

The sensor's improved sensitivity comes from another Canon-developed device, a single photon avalanche diode, or SPAD, that receives light. While conventional CMOS sensors, those used in digital cameras, send signals based on the photons received in a certain period of time, SPADs amplify a single photon entering the sensor into a large number of electrons. This allows for object detection even in minute amounts of light.

The number of pixels in a sensor is key to image clarity, and Canon's SPAD sensor boasts 3.2 million, making it the world's densest, more than three times the number of the company's conventional sensor. It can recognize the time of light returning in units of less than a nanosecond, allowing for more accurate object recognition.

Until now, night-vision cameras using infrared rays have been the mainstream for taking pictures in the dark. But the images are in black and white. Conventional high-sensitivity cameras can capture color images in mere moonlight, but the amount of noise increases when it is too dark for the naked eye to see.

Canon's factory in Kawasaki will begin mass-producing the new sensor in the second half of 2022. The company plans to install the sensors in its own security cameras that it is to introduce by the end of next year. It will also market the sensors to other companies.

In 2023, Canon will invest more than 21 billion yen ($185 million) to build a new image sensor plant in the Kanagawa Prefecture city of Hiratsuka, where it plans to gradually increase production of the sensor. The sensor can be made with the production technology used for CMOS sensors and at around the same cost.

The SPAD sensor measures the distance to an object based on the time it takes for the reflected light from the object to return, and can capture space in three dimensions. It is expected to be used in a range of fields, including LIDAR, a sensor essential for automated driving, and augmented reality.

Panasonic is also working to increase the number of pixels, and Sony Semiconductor Solutions, a subsidiary of Sony Group, is planning to start shipping SPAD sensors for LIDAR in March 2022.