China closes in on moon's far side with satellite launch

Lunar exploration program back on track after failures last year 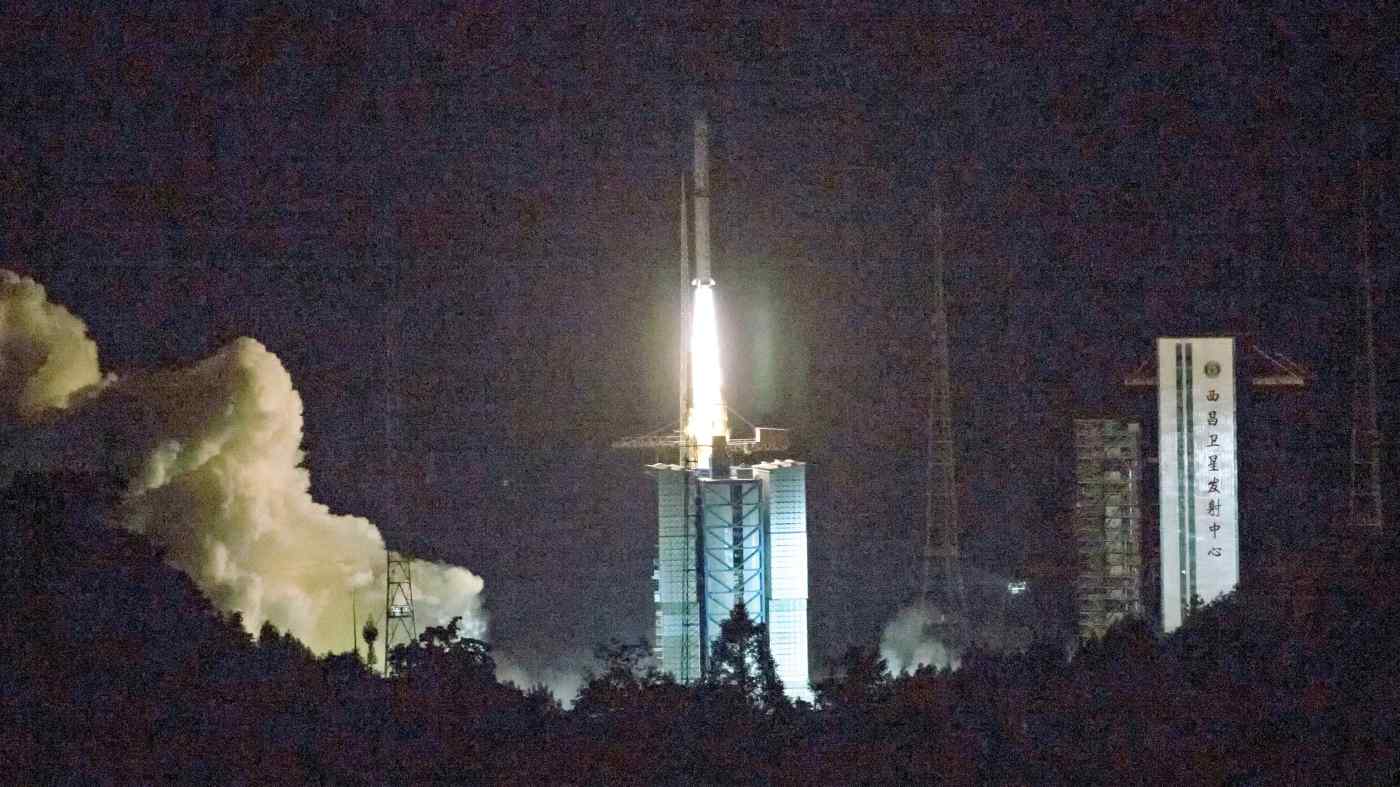 The satellite will relay signals from a lander on the moon's far side back to Earth. (Xinhua/Kyodo)
SHUNSUKE TABETA, Nikkei staff writerMay 22, 2018 02:44 JST | China
CopyCopied

BEIJING -- China successfully launched a relay satellite Monday to allow communication between Earth and the first lander on the moon's far side, as President Xi Jinping looks to close the gap with the U.S. in space.

The Queqiao, or Magpie Bridge, satellite was carried by a Long March-4C rocket that launched in southwest China at 5:28 a.m. and separated 25 minutes later to enter a transfer orbit of the moon, according to the government-run Xinhua News Agency.

The China National Space Administration plans to soft-land its Chang'e-4 lunar probe on the dark side of the moon at the end of the year. Communicating from the far side is extremely difficult without a relay satellite. The Queqiao satellite will likely be used as the main communication bridge between Earth and the moon.

The satellite will also be able to obtain detailed information about the moon's geography and resources and, since the far side of the moon is a quiet electromagnetic environment, pick up weak signals from outer space, according to Chinese media.

The mission is one of the most important ever conducted by the Chinese space program. In 2013, China became the third country to successfully land on the moon with its Chang'e-3 lunar probe. Xi likely wants to pump up national prestige by becoming the first country to land on the dark side of the moon.

China had several rocket launch failures last year, including the heavy-lift Long March-5. It initially planned to send the Chang'e-5 lunar probe on that large carrier rocket last November on a sample-and-return mission, but that is now expected to take place in 2019.

Beijing aims to become a great space power alongside the U.S. in 2030. It plans to complete its space station around 2022 and is developing a reusable space shuttle. Shu Chang, the 32-year-old entrepreneur who is dubbed "China's Elon Musk," also launched the country's first private rocket last Thursday.