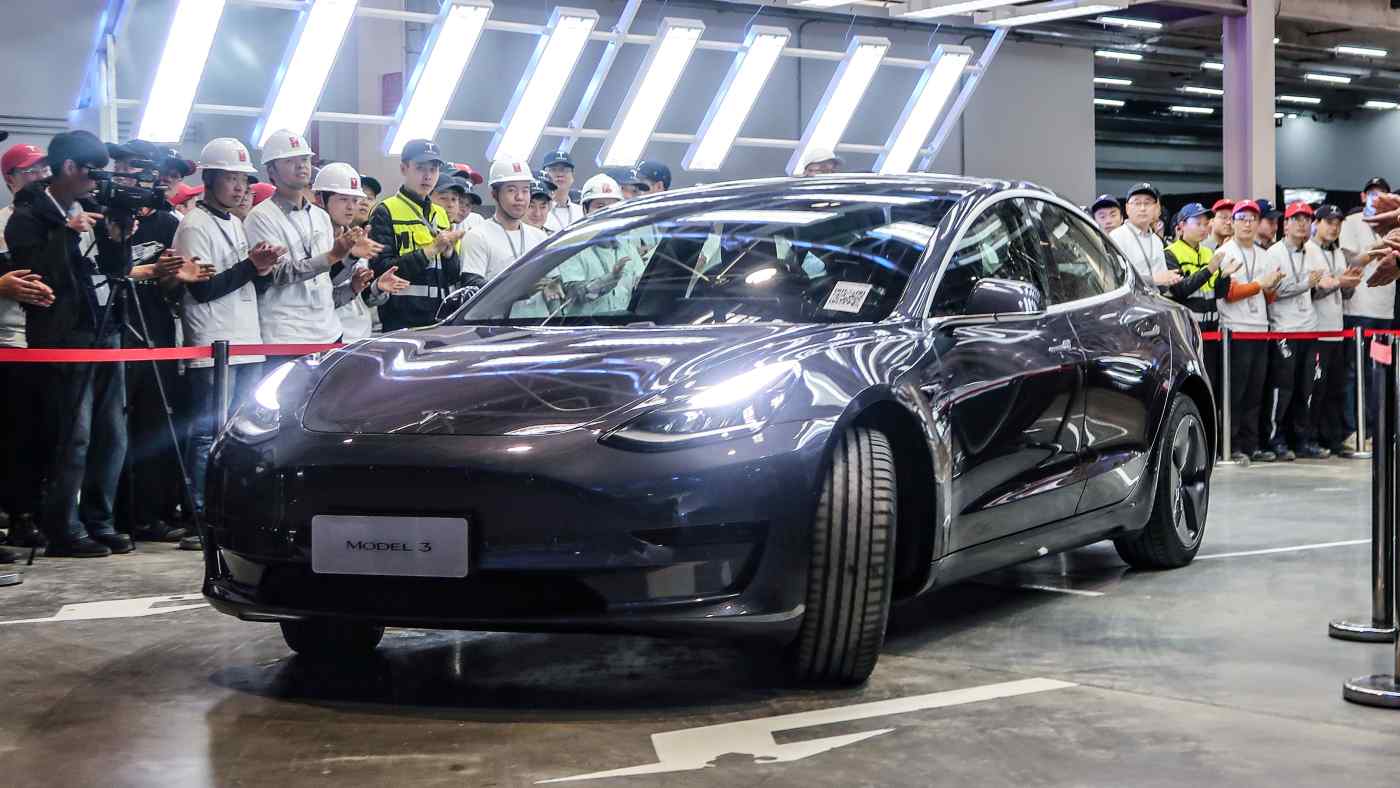 Despite dipping 6% at Monday's market open, Tesla's shares have surged more than 600% in 2020, and the company is on track to deliver 500,000 cars this year, a goal it has been targeting for years.

Even under normal circumstances, let alone a global pandemic, these would be laudable achievements. But 2020 might have turned out very differently for the American automaker if it weren't for one country: China.

"We wouldn't be talking about Tesla today in this light if it was not for China," said Dan Ives, managing director at Wedbush Securities. "China has been the heart and lungs of the story."

At first, 2020 did not look promising for Tesla. The outbreak of COVID-19 forced it temporarily to shut down its Gigafactory Shanghai plant in spring, and its main factory, in Fremont, California, was shuttered for much of the second quarter for the same reason.

But the company has been able to maintain its quarterly profit streak thanks to a surprisingly strong rebound in the Chinese market and a rapid ramp-up of production at its Shanghai plant, which is not even 2 years old.

The company has now logged five straight profitable quarters, a key consideration for Tesla being added to the S&P 500, one of the world's most widely followed stock indexes. The addition is not only an acknowledgment of the company's performance during the pandemic, it also bolsters its credibility with institutional investors who will now be more likely to add Tesla shares to their portfolios. Index-tracking funds will also have to add Tesla to their portfolios.

Before Monday's fall, Tesla shares rose nearly 6% on Friday to $695.

"The run-up to being added may cause a short-term frenzy, but normally once a company is added, the stock price will settle down a bit," said Beijing-based auto expert Tu Le at Sino Auto Insights.

Meanwhile, Tesla is on track to hit the half-million delivery goal Elon Musk has been aiming for since 2018. By the end of September, the company had delivered nearly 320,000 vehicles worldwide. Last year, it delivered 367,500 cars.

While Tesla does not break out sales by region, the latest data from the China Passenger Car Association shows the U.S. company sold 113,655 Model 3 sedans in China from January to November, making it the country's bestselling new-energy vehicle. NEVs include electric, plug-in hybrid and fuel-cell cars.

Tesla has boasted several times that it is inching closer to the 500,000 vehicle delivery goal this year, despite the pandemic, which has battered the global economy and cooled demand for cars due to the sudden rise in remote working.

Ives at Wedbush said the half-million goal is "within grasp," citing the stronger-than-expected momentum that the Shanghai-made Model 3 is gaining in China.

"Asia, specifically China, has been less impacted by COVID-19," Ives said. "If you look at the last three to five months, you'll see more of a rebound in China than other parts of the world which has disproportionately helped Tesla."

Tu at Sino Auto Insights agrees. "If it wasn't for China, it would take Tesla at least two to three years to achieve the 500,000 unit sales."

Having a factory in China has helped Tesla significantly reduce its manufacturing and logistics costs. The U.S. carmaker was able to lower the starting price of its Shanghai-made Model 3 sedans for a third time this year, cutting the price to 249,900 yuan ($36,805) in October. Despite the shrinking price tag, Tesla's China-made vehicles still have a 20% to 25% higher profit margin than its cars made elsewhere, making them a key to the company's profitability trajectory, according to Ives.

"The Fremont factory was supplying to the entire world before Shanghai Gigafactory, which creates a longer supply chain," Tu said. "Building locally eliminates a lot of issues, and it makes it much easier to react to the market."

Despite the high points, however, it has not been entirely smooth sailing for Tesla in China this year.

In October, the company started recalling nearly 50,000 U.S.-made Model S and Model X vehicles that were exported to China, according to an announcement from the Chinese quality control authority. Earlier this year, Tesla faced complaints from Chinese customers and regulators for quietly downgrading a key chip in some of its Shanghai-made vehicles.

Meanwhile, competition in China is intensifying. Sales at local rivals such as NIO and Xpeng have been rising this year, closing in on Tesla. Traditional carmakers, including BMW and Volkswagen, have rolled out their own electric vehicles.

NYSE-listed NIO says the company will soon introduce two sedans to directly compete with Tesla's Model 3, the most popular electric vehicle in China.

But for China's tech-savvy consumers, no other carmaker can match Tesla's overwhelming brand power, according to Cui Dongshu, secretary-general of the China Passenger Car Association.

"Tesla is very strong in its ability to offer original products and to manage the supply chain," he said, "Some brands claimed their products are comparable to Tesla's, but we know their technologies are far behind what Tesla can offer."

While Chinese regulators recently tightened quality controls -- leading to the recalls of Tesla's early models in China -- Cui said the move is not meant to target only foreign players and is unlikely to curb Tesla's growth in the country. "Domestic brands are also subject to the same rules," he said.

To further expand its market share in China, Cui believes Tesla will have to cut prices further, as the majority of Chinese buyers aim for cars priced between 100,000 and 150,000 yuan.

For the year ahead, the Model 3 will remain a key driver of Tesla's growth in China, but the company is also banking on its Shanghai-made Model Y SUV to help capture more market share.

Tesla started building out Model Y production lines in Shanghai earlier this year and said its first made-in-China SUV is expected to be delivered in 2021.

"We believe that Tesla's Model Y will replicate the success of the Model 3 in China," said Yang Hang, a Beijing-based analyst at Chinese investment analysis company EqualOcean.

China's new-energy vehicle sales are expected to reach 1.3 million units this year, up 8% from 2019. The number could jump to 1.8 million in 2021, according to an estimate by the China Association of Automobile Manufacturers.

A rapidly growing market would be good news for Tesla, which can expect more serious competition from local rivals and traditional automakers in the coming years.

"I don't view this as a winner takes all game," Ives said. "Electric vehicles now account for about 4.5% of China's overall car sales, and we think it will grow to 10% in the next three years."