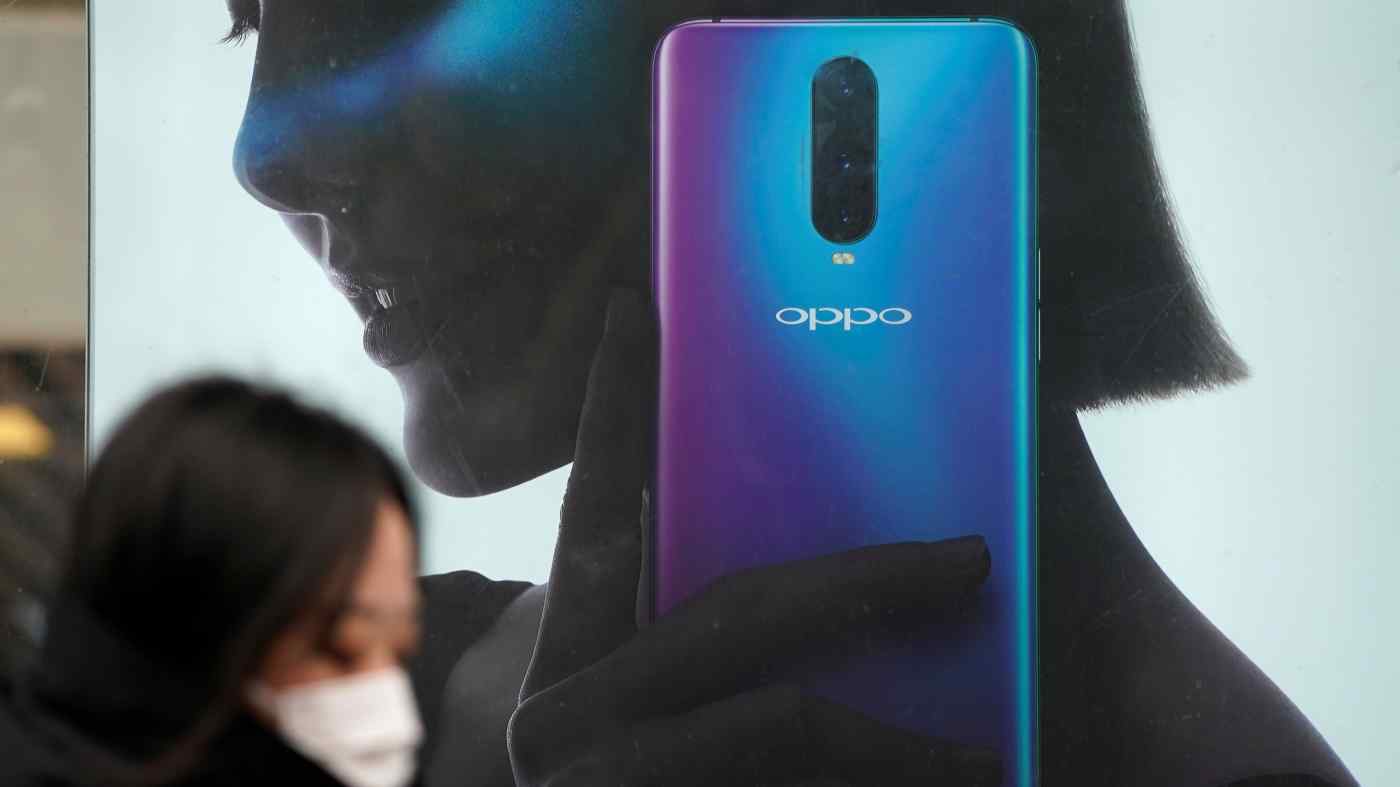 Oppo and other Chinese smartphone makers saw a significant drop in shipments in the first half of 2022.   © Reuters
TAKASHI KAWAKAMI, Nikkei staff writerAugust 4, 2022 04:52 JST | China
CopyCopied

GUANGZHOU -- Smartphone shipments in China are on track to fall to their lowest point in a decade this year as market saturation, longer waits between upgrades, and increasingly budget-conscious consumers combine for what could prove a prolonged downturn.

In the first half of the year, smartphone shipments in the world's largest market sank 21.7% on the year to 134 million, according to the China Academy of Information and Communications Technology.