Proposed reusable craft would launch from back of a plane 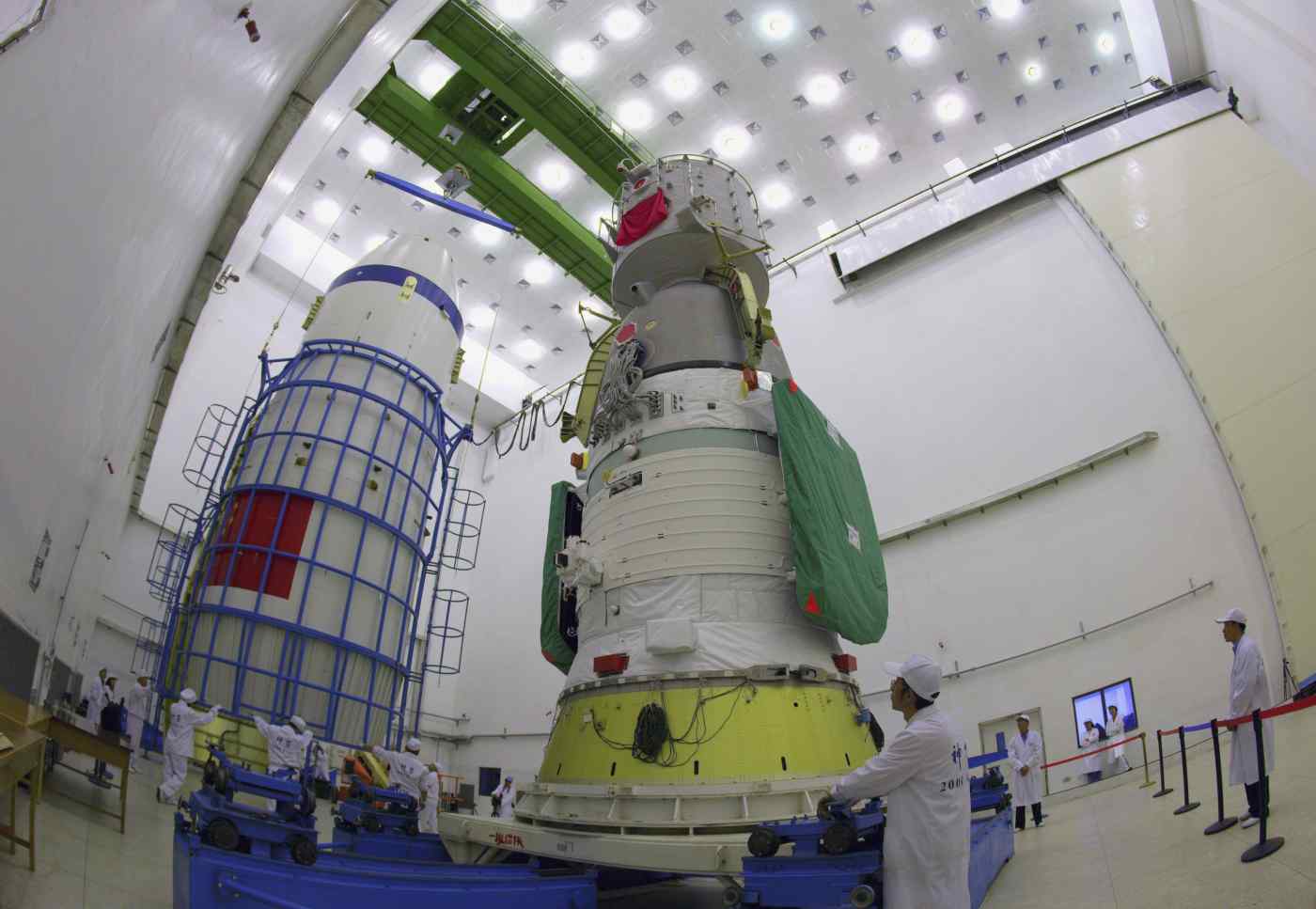 China has put humans into space aboard its Shenzhou spacecraft pictured here, but the envisioned space shuttle would take off horizontally like an aircraft.   © Reuters
SHUNSUKE TABETA, Nikkei staff writerApril 18, 2018 07:14 JST | China
CopyCopied

CHONGQING -- China will have a reusable space shuttle ready for test flights in 2030, the head of a state-owned aerospace company tells Nikkei.

"Technological advances have brought space development into the commercialization phase in a range of fields," Chairman Gao Hongwei told Nikkei in a written interview. The company will partner with aircraft maker Aviation Industry Corp. of China and rocket builder China Aerospace Science and Technology Corp. in the country's aerospace push.

Developing a "spaceplane" shuttle -- which can take off and land horizontally, like an airplane, unlike American shuttles that blasted off vertically using rockets -- is one of CASIC's key commercial projects. The company sees the craft carrying out operations including satellite launches, space travel and resupplying space stations.

According to Chinese media, the spaceplane would consist of two winged vehicles: a large carrier for launching and a smaller one for spaceflight, which rides atop the launch craft. The carrier would fly the smaller vehicle to an altitude of 30km to 40km before separating and landing, while its companion would carry on up to space, fulfill its duties and finally return to Earth.

The ability to reuse both craft would significantly heighten CASIC's ability to compete on cost. It is currently researching technologies for parts such as engines and fuselages. The initial goal is to make a craft as capable as or better than the U.S. military's unmanned X-37B shuttle-like vessel, said a source affiliated with the project.

CASIC's other key space projects, which represent an unusual breadth even among global players, involve building communications networks using drones and low-orbit satellites, which would create access in places that would normally be difficult to reach. Such networks can be used for weather observation and natural disaster response, for instance. The company aims to have a constellation of 156 satellites in place and offer broadband service by 2025. The Kuaizhou 1A, developed by China Aerospace Science and Industry Corp., can launch three satellites at once. (Photo from company web site)

The state-owned company is also ramping up its satellite-launching business. It has successfully launched its Kuaizhou 1A vehicle, which can deliver three satellites at once. That vehicle offers per-kilogram costs far below launch prices in the international market, according to Chinese media. CASIC aims to slash launch prices further -- to about $10,000 or less -- by developing a rocket capable of carrying twice as many satellites as the Kuaizhou 1A.

But concerns of security, including in the cyber realm, have made many international players wary of dealing with Chinese businesses. CASIC's military ties in particular will probably lead to calls for transparency inmanagement if it is to do more business with foreign companies.