The Artistic Gymnastics World Championships, starting Friday in Stuttgart, will be the first tournament to use Fujitsu's technology in an official capacity, according to the company.

The system could be put to use in the 2020 Tokyo Olympics, depending on its effectiveness.

The AI system utilizes sensors to track a gymnast's movements and angle measurements and create 3D renderings of the performance. The tech will be deployed in tandem with video replay when a senior judge or a national team asks for a review of the scoring. 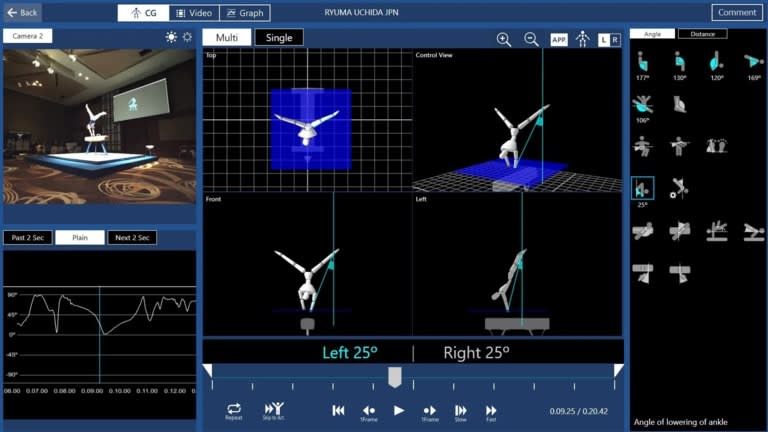 Fujitsu developed the system with the International Gymnastics Federation through a collaboration that began in 2017. The technology is also expected to be used for injury risk assessment and to correct a gymnast's form during training.

For this upcoming tournament, the system will support judging for the pommel horse, still rings, and the men's and women's vault. The tech will be applied to other six events at a later date.