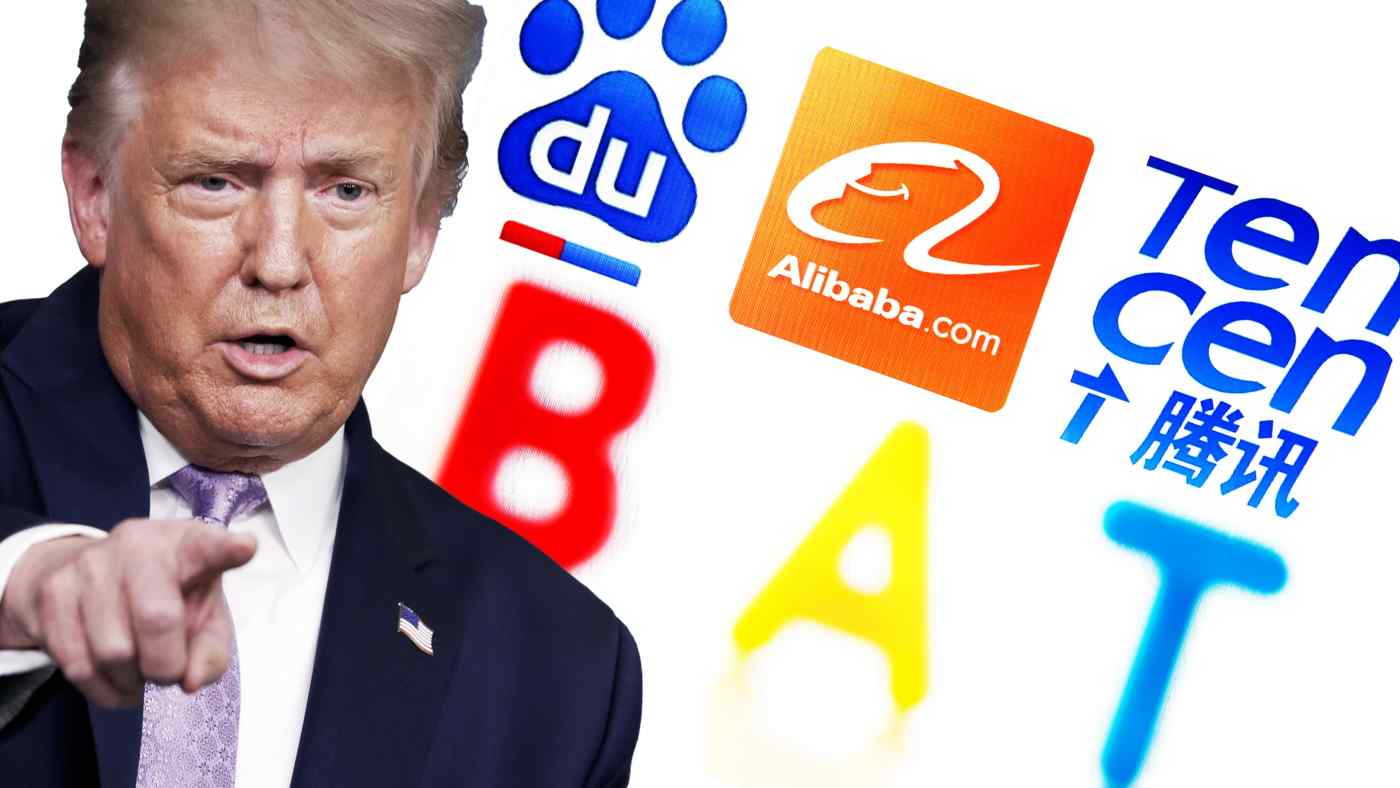 "The Clean Network program is the Trump Administration's comprehensive approach to guarding our citizens' privacy and our companies' most sensitive information from aggressive intrusions by malign actors, such as the Chinese Communist Party," the U.S. Secretary of State Mike Pompeo said in the announcement.

The new program goes far beyond the Trump administration's previously announced 5G Clean Path initiative that targets Chinese telecommunication companies including Huawei Technologies. It has expanded the crackdown to four other aspects of Chinese tech firms, ranging from app developers to handsets to cable makers and cloud service providers.

"This is potentially a major escalation in the Trump administration's efforts to decouple the U.S.-China technology sectors," said Paul Triolo, head of geo-technology research at risk consultancy Eurasia Group. "There is no Chinese tech company now that is not in Washington's crosshairs."

While the program is not legally binding and it remains unclear how the Trump administration would carry it out, the move is expected to deliver a blow to Chinese companies.

"The main damage is reputational for Chinese firms," said James Lewis, a technology policy expert with the Washington D.C.-based think tank Center for Strategic and International Studies. "The U.S. has made it clear that it doesn't trust, and no one should trust, Chinese technology."

In response to Washington's latest move, Chinese State Councilor and Foreign Minister Wang Yi said on Thursday the U.S. is not qualified to build a coalition of "clean countries" because itself "is dirty all over."

Alibaba, Tencent and Baidu Inc. -- a trio known as the "BAT" in China's tech world -- are particularly under pressure as the five-pronged initiative targets Chinese cloud service providers.

"To prevent U.S. citizens' most sensitive personal information and our businesses' most valuable intellectual property, including COVID-19 vaccine research, from being stored and processed on cloud-based systems accessible to our foreign adversaries through companies such as Alibaba, Baidu, and Tencent," the program states.

Alibaba and Tencent declined to comment. Baidu did not respond to Nikkei's request for an interview.

For now, cloud computing remains a loss-making business for Tencent and Alibaba. But both companies have placed this emerging sector at the center of their long-term strategy. In fact, Alibaba's CEO Daniel Zhang went as far as saying that cloud computing could grow to even outstrip its core e-commerce business. "I think the cloud will be ... the main business of Alibaba in the future," Zhang told CNBC in an interview in 2018.

Alibaba's cloud business registered roughly 35.5 billion yuan of revenue in 2019, while Tencent's logged revenue of more than 17 billion yuan. The majority comes from the domestic market, but analysts say Chinese companies are increasingly looking abroad to maintain their momentum.

"Alibaba's cloud service has reached a bottleneck in the past two years as growth in the Chinese public cloud market has slowed down," said Ethan Qi, an analyst with global consultancy Counterpoint Research in Beijing. "Overseas markets have become more and more important for companies like Alibaba as they represent future growth opportunities," he said.

But that opportunity is now at risk. Pompeo is calling for more countries and companies to join the "Clean Network" program to block Chinese tech companies. More than 30 countries are now "Clean Countries," according to the U.S. State Department release, without providing a list of the countries or a definition.

"If European countries follow suit, just as they have done in the case of Huawei, it could affect Chinese cloud service providers adversely," Qi said. Unlike the U.S., where Alibaba and Tencent sell cloud services mostly to outposts of Chinese companies, the European market has offered a rare opportunity for Chinese cloud companies to win Western clients, thanks to their cost advantage and closer relations with local carriers.

"These firms have partnered with U.S. companies to provide cloud services in China and are also operating or planning to offer cloud services in Southeast Asia, Europe, the Middle East and emerging markets," he said. "At a minimum, all of these arrangements could come under scrutiny as part of this initiative."