IT powerhouse adds medical devices to its business portfolio 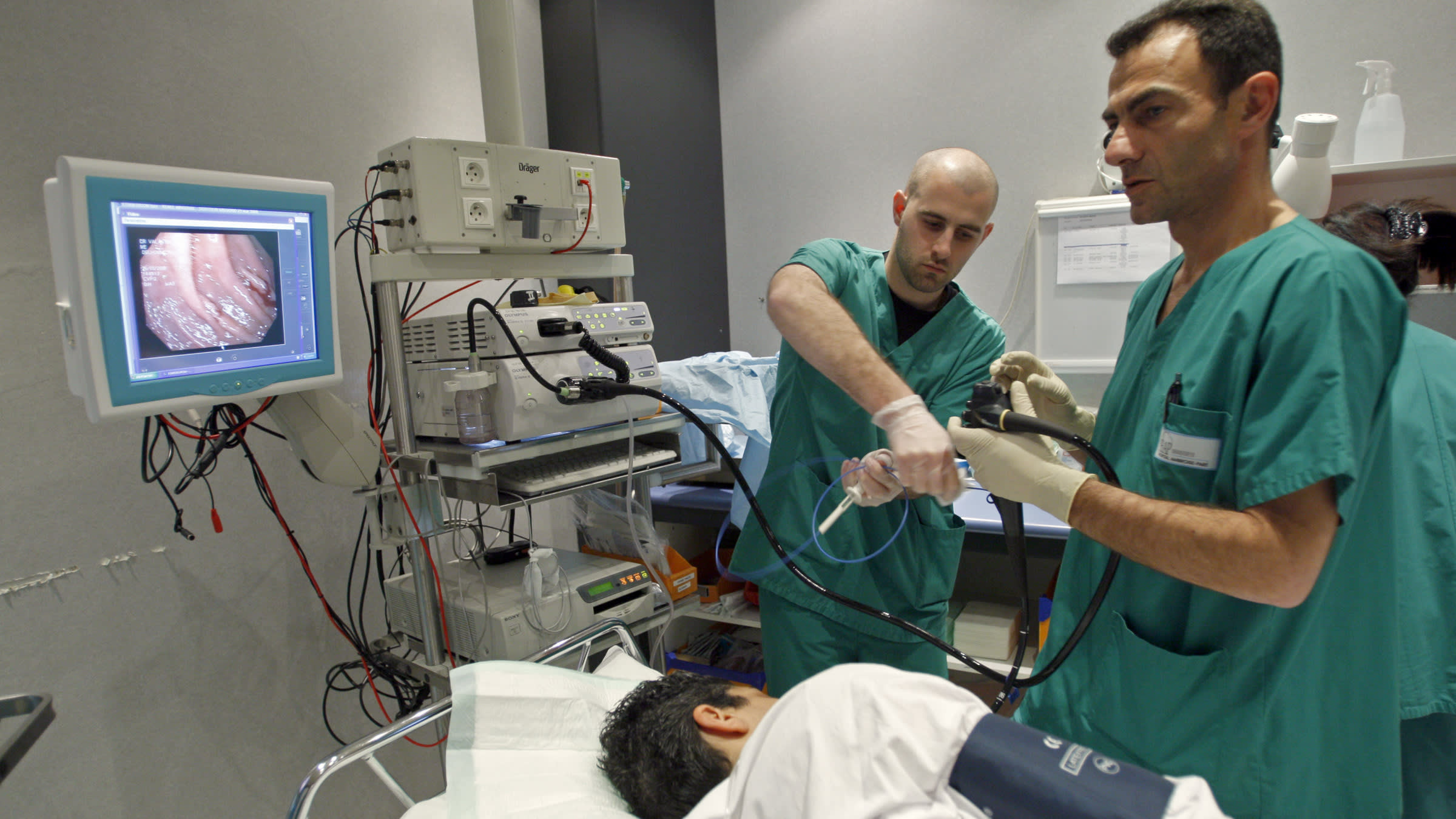 A doctor performs a colonoscopy on a patient at a hospital in Marseille, France. NEC's device will help physicians find cancers and even hard-to-find polyps during such procedures.   © Reuters
NIKI MIZUGUCHI, Nikkei staff writerJanuary 12, 2021 05:26 JST | Japan
CopyCopied

TOKYO -- NEC has developed an AI-powered system for analyzing colonoscopy images in real-time to support the detection of cancers and even hard-to-find polyps, as the company known for electronics enters the medical devices field.

New AI boasts over 90% accuracy in automatically detecting cancer and polyps thanks to NEC's mainstay facial recognition technology and is expected to provide robust support for physicians.

Some studies have shown that more than 20% of polyps are missed in current screenings.

The new system has been approved in Japan as a medical device, the first for NEC. The device will sell for roughly 4 million yen ($38,400), with a sales target of 1,000 units in Japan and Europe over five years.

Having worked with Japan's National Cancer Center since 2016, NEC used over 10,000 cases to train artificial intelligence on polyp characteristics such as their color, texture and pattern inside the colon, which are hard to recognize with the naked eye. The system, which will be used with a terminal and monitor connected to an endoscope, will alert physicians of abnormalities by drawing circles on the image or sounding an alarm.

Colorectal cancer is said to be one of the most common types of cancer in Japan, and finding polyps before they develop into cancers is key. However, it is difficult even for veteran physicians to visually detect tiny polyps.

NEC plans to apply the AI-abled image analysis system to other types of cancer, such as of the stomach and esophagus. The company plans to beef up operations in drug development and medical devices, now that the company's objectives include drugmaking under a 2019 amendment to its articles of incorporation. It aims for 10 billion yen in sales from the business in five years.