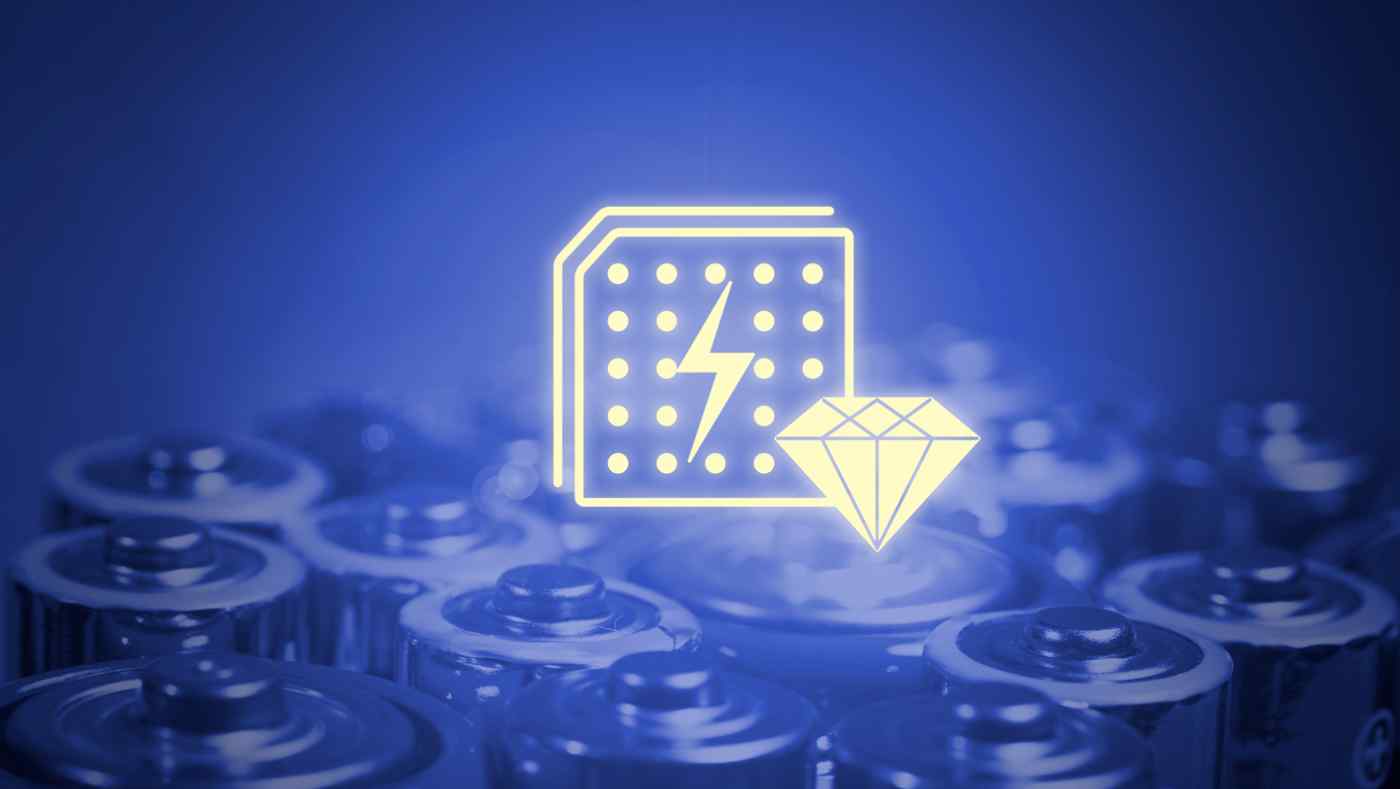 As the hardest substance in the world, diamond is widely used as industrial tools and can even be transformed into semiconductors.   © Nikkei montage
MASATO TAKEUCHI, Nikkei staff writerFebruary 28, 2021 12:49 JST | Japan
CopyCopied

TOKYO -- Diamond batteries capable of generating electricity for 100 years are being considered for use in space probes and in equipment for underground mining.

These batteries use man-made diamonds that generate electricity when placed in a radioactive field. If radioactivity can be controlled and blocked by wrapping these batteries in aluminum or other metal sheets, they can then be put to use.

"This is a beautiful crystal. We could extract the potential of diamonds," said Satoshi Koizumi, head of the Wide Bandgap Semiconductor Group at the National Institute of Materials Science, holding up a prototype battery, the color of a raw diamond, produced by the group.

As the hardest substance in the world, diamond is widely used as industrial tools and can even be transformed into semiconductors. The group has produced a PN junction diode, one of the simplest semiconductor devices, by attaching a thin diamond film to a diamond base to generate electricity.

Using silicon carbide, American and other companies have put betavoltaic batteries to practical use. Although diamond has a higher heat exchange rate and silicon carbide, the production of semiconductors from diamond is more difficult.

The diamond battery produced by the NIMS is a result of technology and know-how the national research and development institute has accumulated since the 1990s in this field. The heat exchange rate of the used material is about 28%, the world's highest and close to the theoretical limit, though at the element level.

The research group at NIMS used electrons, adopted by devices such as electronic microscopes, instead of beta rays for the production of electricity but plans to use nickel-63 from now on.

A major problem that developers have yet to solve is how to make the batteries more efficient by boosting power output. For now, these batteries generate only micro-watts of electricity -- a micro-watt is a one-millionth of a watt.

Despite that, the battery's potential is plain for all to see. In 2020, the U.K. Atomic Energy Authority and the University of Bristol said they were studying the use of carbon-14 that exists abundantly on the surface of graphite used in nuclear power generation that can be obtained when such plants are dismantled.

The U.K. is reportedly considering manufacturing many diamond batteries from the dismantling of these plants. While details about its plans are unavailable, if it succeeds, it will be able to generate electricity for thousands of years.

Nuclear batteries include one that uses heat from plutonium. Such batteries are installed in space probes and although they generate a relatively large amount of electricity, plutonium is difficult to treat.

In contrast, diamond batteries are highly heat-resistant and have simpler structures.

"They can work even at high temperatures and the use of them in space equipment and mineral exploration machines, among others, are conceivable," Koizumi of the NIMS said.