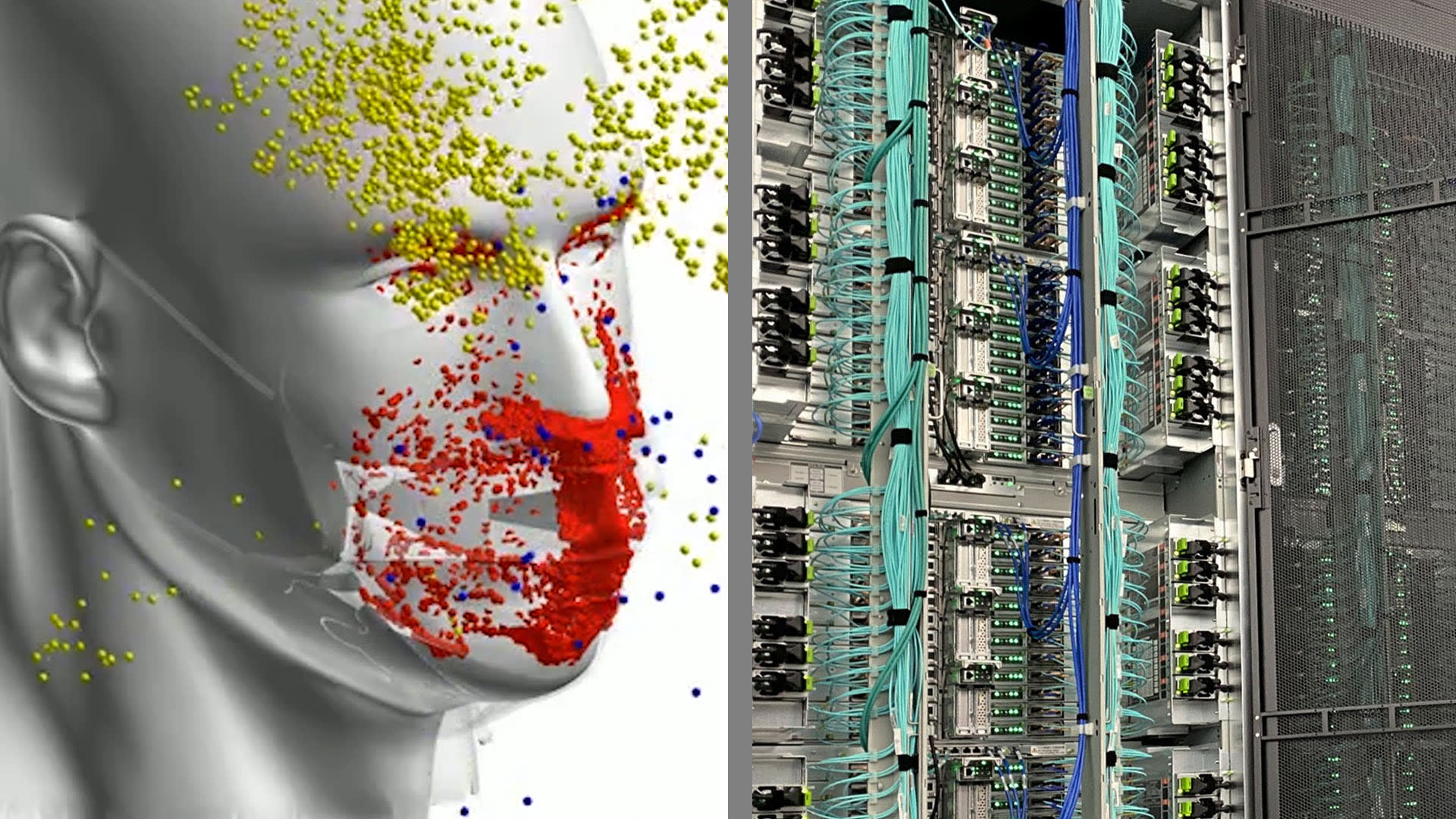 TOKYO -- Masks made of nonwoven fabric performed best in a Japanese supercomputer model of their ability to block virus-carrying respiratory droplets, but other types of masks also showed effectiveness.

Japan's Fugaku, which recently took the title of world's fastest supercomputer, modeled the performance of cotton, polyester and nonwoven fabric masks in blocking spray from cough by the wearer. The government-backed Riken institute announced the results Monday.

While nonwoven masks blocked nearly all droplets emitted in a cough, all three types stopped at least around 80% of spray, making them effective at slowing the spread of the coronavirus, the team behind the tests said.

"What is most dangerous is not wearing a mask" just because the weather is hot, said Makoto Tsubokura, a team leader at Riken's Center for Computational Science. "It's important to wear a mask, even a less-effective cloth one."

The nonwoven masks did allow more than 10% of droplets measuring 20 microns or less in diameter to escape through gaps between the fabric and the face, the computer model showed.

But polyester and cotton masks allowed up to 40% of these droplets to pass through, as their fibers are spaced more widely than those of nonwoven fabric. One micron equals one millionth of a meter.

The team also modeled the effectiveness of face shields in blocking a cough by the wearer. Though droplets of 50 microns or more stuck to the inner surface of the shield, those 20 microns or smaller were able to escape through gaps.

In another simulation, Fugaku modeled the risk of a virus spreading through a 14,000-sq.-meter multipurpose auditorium with a seated audience of 2,000 people in Kawasaki, near Tokyo.

The hall is equipped with air conditioning below the seats. Assuming visitors wear masks and sit spaced apart, there is little risk of spread, the model showed.

"I think restrictions should gradually be loosened if we cut audience numbers by half, make sure everyone wears a mask and watch for outbreak clusters," Tsubokura said. The Fugaku recently took the title of the world's fastest supercomputer.  (Photo by Shoya Okinaga)