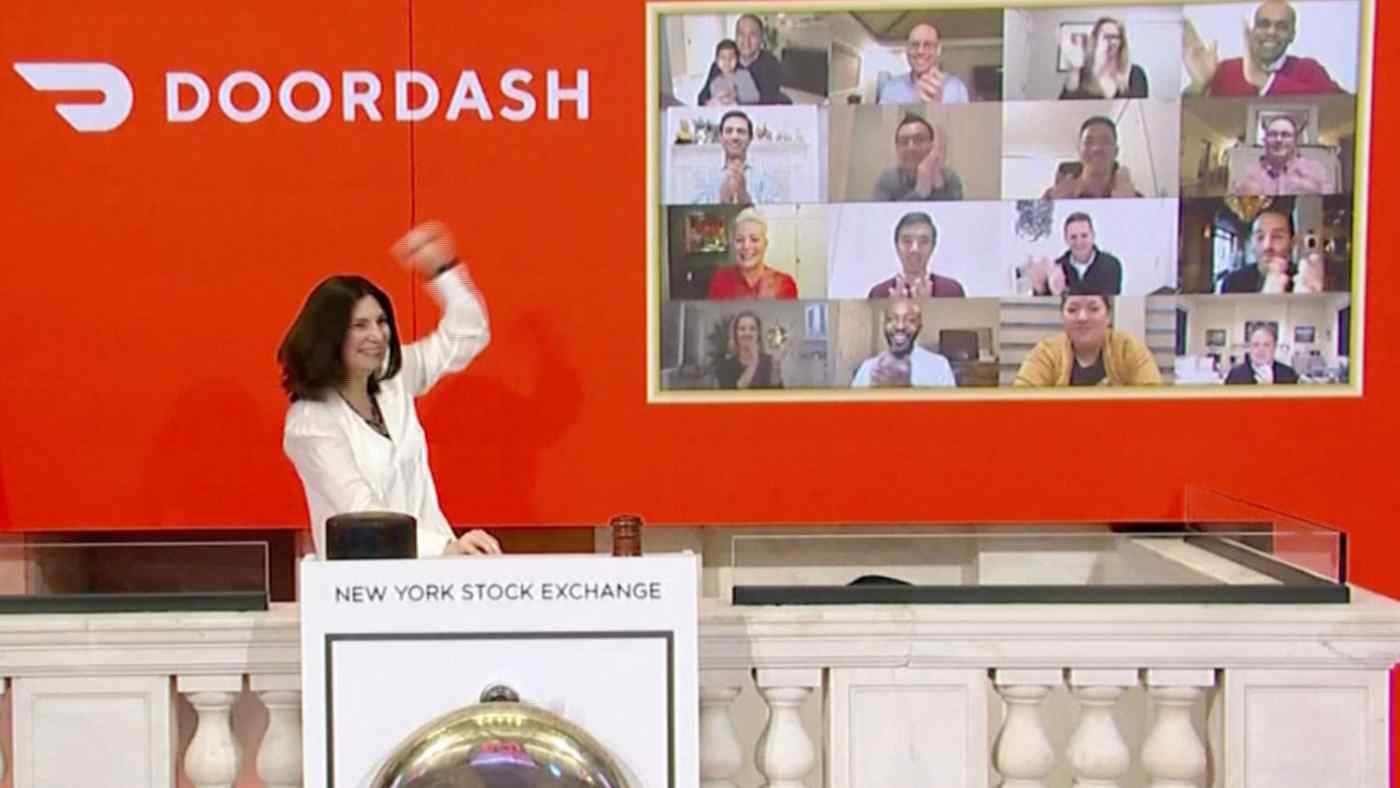 DoorDash's shares opened at $182 on the New York Stock Exchange on Wednesday and closed at $189.51, up 86% from the IPO price of $102. The price set for the offer was already higher than the target range of $90 to $95 that the company predicted in its IPO filings.

"This trend of DoorDash being the share gainer and growing faster than anyone else was well-established pre-pandemic," said Tom White, senior research analyst at D.A. Davidson. "And the pandemic just supercharged that already existing trend."

Vision Fund -- the venture arm of the Japanese conglomerate -- invested $680 million in DoorDash via a series of funding rounds between 2018 and 2020. The investment turned SoftBank into DoorDash's largest shareholder at more than 20%. The stake is now worth more than $10 billion based on Wednesday's closing price.

"I think SoftBank recognizes the large market opportunity in the U.S. in the transformations we're seeing here in terms of not only food delivery, but also in the broader transportation space in general, and SoftBank has been one of the biggest financial backers in the space," said emerging tech analyst Asad Hussain at PitchBook, a capital-markets intelligence service.

DoorDash's listing will give SoftBank another opportunity to sell one of its portfolio companies at a profit, as it takes advantage of a booming public stock market to generate returns.

While the pandemic tailwind has benefited the food delivery sector overall, DoorDash seems to be benefiting the most. During the September quarter, for example, DoorDash's revenue jumped more than 250% year over year, while Uber Eats grew 125% and Grubhub 52%.

One of the reasons for DoorDash's success during the pandemic is that it decided early to focus on suburbia rather than cities, which rivals targeted.

"Before the pandemic, the suburban areas and smaller cities weren't as hotly contested as they are today," White said. "Now it turns out that those are the fastest-growing food delivery markets. And DoorDash had the opportunity to establish their brand with consumers in those markets early on."

DoorDash CEO and co-founder Xu owns about 5.2% of the company, which makes the 36-year-old a billionaire after Wednesday's IPO.

Xu, who emigrated from China in 1989 with his parents when he was just five years old, said his mother's early struggles as an immigrant inspired him to found DoorDash.

Xu's mother was a doctor in China but the U.S. did not recognize her Chinese medical license. She started working as a server at a Chinese restaurant in Illinois, where Xu also worked as a dishwasher. After 12 years of working three jobs a day, she saved enough money to attend a U.S. medical school and later opened a clinic.

"DoorDash exists today to empower those like my Mom, who came here with a dream to make it on their own," Xu said in the company prospectus. "Fighting for the underdog is part of who I am and what we stand for as a company."