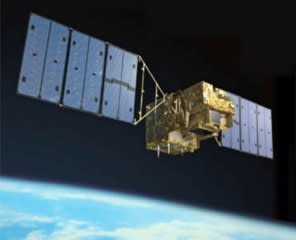 The Ibuki satellite   © Courtesy of JAXA

The ministry will set up observation posts in Indonesia and Mongolia in fiscal 2014 and launch a new observation satellite as early as fiscal 2017. Fiscal years start in April.