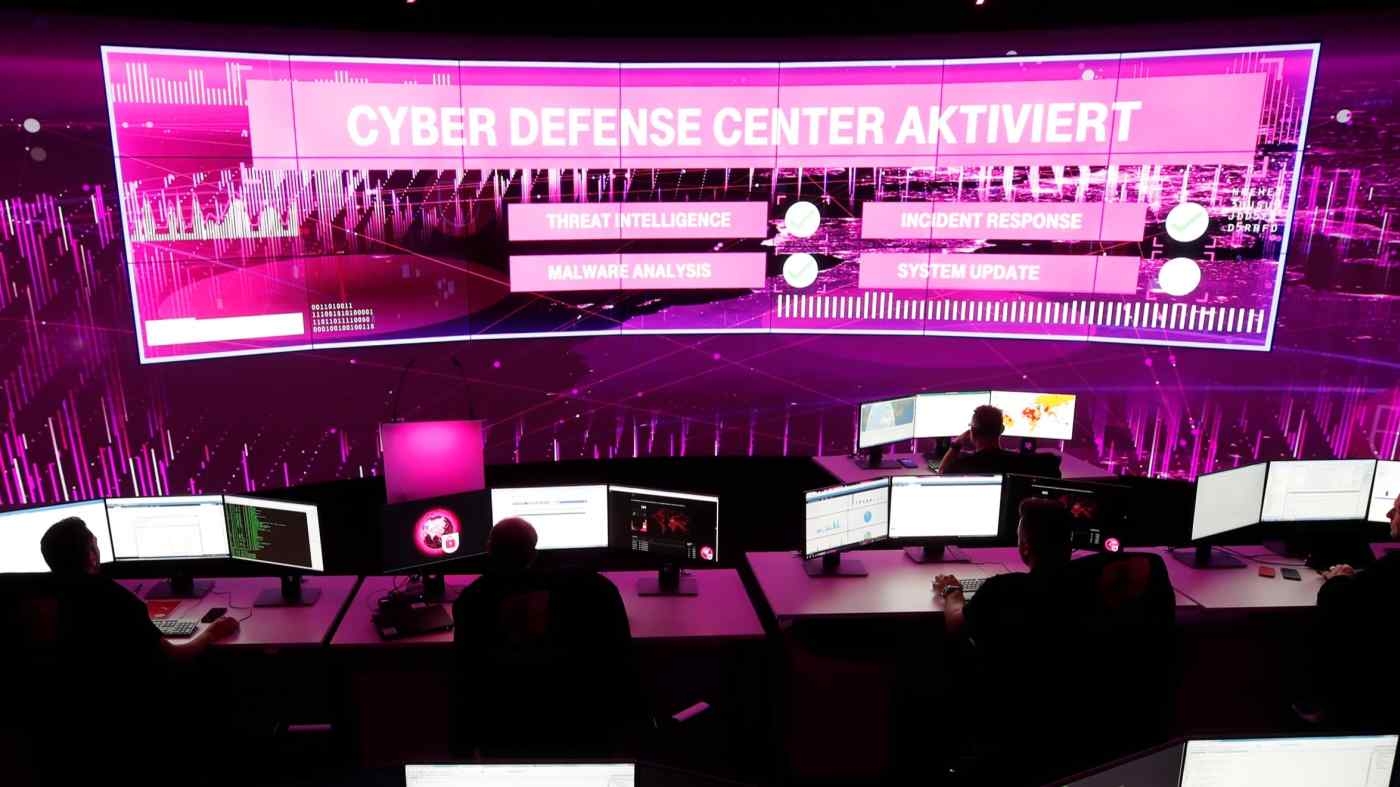 BRUSSELS -- Mounting digital security threats from China, Russia and elsewhere have driven the European Union to devise a Joint Cyber Unit, intended for launch by 2022, to coordinate a response to attacks anywhere in the bloc.

EU members currently respond to cyberthreats individually, barring small-scale partnerships in areas such as protecting 5G infrastructure. But with attacks growing in both frequency and sophistication, the bloc aims to bolster cybersecurity -- including in its most vulnerable members.

Under a detailed plan outlined by the European Commission on Wednesday, the EU will establish rapid reaction teams under the Joint Cyber Unit to provide swift assistance to countries under attack.

The unit also will serve as a platform for law enforcement, diplomatic communities, intelligence services and private-sector companies across the bloc to share resources and expertise on cyberthreats. In addition to facilitating communication among different actors, the unit will create a crisis response plan and organize periodic joint drills.

Many European companies store data across the EU, taking advantage of the bloc's increasingly unified market. But smaller members have struggled to keep up with growing threats in cyberspace, which opens sensitive information to exploitation.

The European Commission first called for the creation of a cyber unit in 2019. But the initiative struggled to gain momentum, given the EU's limited autonomy on national security issues and a reluctance among member countries to give up more authority.

Meanwhile, the EU has experienced a surge in cyberattacks, many of them tied to Chinese and Russian hackers. Roughly 450 such attacks targeted critical energy, financial and other infrastructure in the EU during 2019, according to the European Commission. One in eight companies also were attacked, while hospitals and other health care businesses have become greater targets amid the coronavirus pandemic.

European Commission President Ursula von der Leyen criticized China in June 2020 over cyberattacks against hospitals in the bloc. The European Medicines Agency, responsible for approving pharmaceuticals for use in the EU, was also hacked in December, as was the Irish health system in May.

Over 25 billion devices worldwide will be connected to the Internet of Things by 2025, almost triple the number from 2018, according to forecasts by industry groups. One-fifth of those devices would be located in Europe.

The pandemic has accelerated digitalization globally, as more people work remotely to prevent the spread of the coronavirus. But greater digital connectivity means increased cybersecurity threats. The Colonial Pipeline in the U.S. was hacked in May, sparking widespread fuel shortages.

The Joint Cyber Unit's mission overlaps in part with that of NATO. The EU has said its new unit will complement the alliance's cybersecurity operations by covering both national security and corporate concerns, while NATO focuses on military and diplomatic interests.

Still, some within the EU see the cyber unit as a first step toward greater security cooperation within the bloc. Thierry Breton, EU commissioner for the internal market and one of the architects of the cybersecurity proposal, has advocated for French President Emmanuel Macron's vision of closer European cooperation in space and on defense. Many think a more unified EU is crucial to compete better against Russia, China and the U.S.

"We have set clear milestones and timelines that will allow us -- together with member states -- to concretely improve crisis management cooperation in the EU, detect threats and react faster," Breton said Wednesday.