Facebook and Sony ramp up output of gaming devices 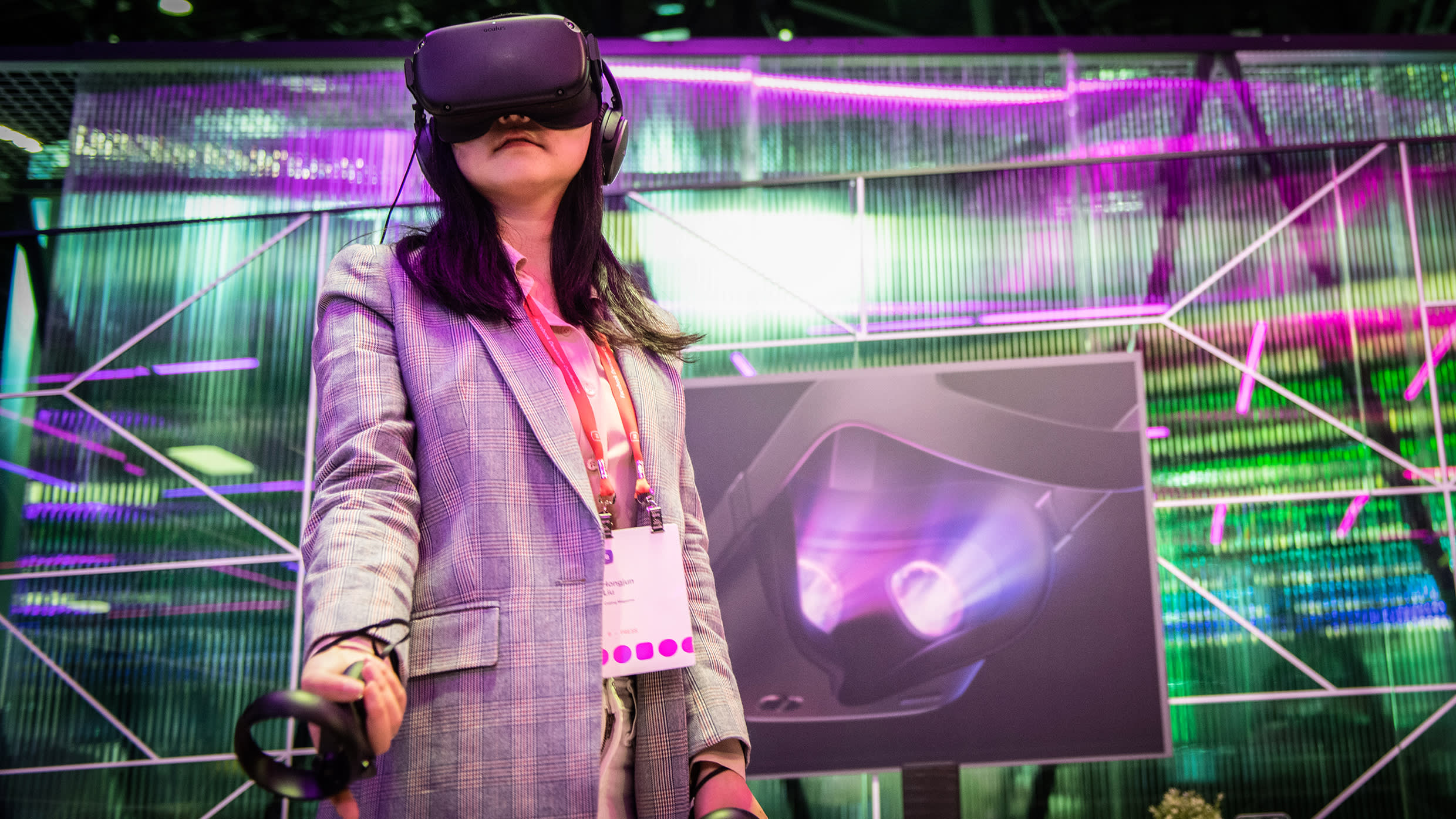 TAIPEI/TOKYO -- Facebook and Sony are preparing to increase output of upcoming gaming devices by as much as 50%, showing how big tech companies are profiting from consumers' thirst for home entertainment during the global coronavirus pandemic, the Nikkei Asian Review has learned.

Facebook's Oculus, the global leading provider of virtual reality headsets by market share, is eyeing growth of at least 50% from a year ago for its latest version of head-mounted VR devices, pushing production to 2 million units, sources said.

Meanwhile Sony, the world's No. 2 video game console maker after Nintendo by shipments, has also raised production orders for its upcoming PlayStation 5 to around 9 million units, from the roughly 6 million units it had planned in spring, sources familiar with the matter said. The PlayStation 5 is the first completely new generation of the console in seven years, after the Japanese company launched the PlayStation 4 in 2013 and an upgrade in 2016.

The two big tech companies' optimism is a robust sign for a wide range of suppliers in the entertainment segment for the second half of 2020, as many tech industry players are still looking for ways to offset the declining smartphone market, the biggest consumer electronics gadget.

Facebook's move further underlines the social networking giant's ambition to further expand its footprint in the emerging VR market, where it is the market leader with around a 35% market share. Its first all-in-one VR gaming system -- Oculus Quest -- became a hit after it launched in May 2019.

"Compared with the declining smartphone market, VR is still a nascent market but we see strong growth for this year and more and more companies are coming into the arena. The production forecast for the second half of this year could reach at least two million units, which is already around 1.5 times more than its total production output last year," a source with direct knowledge told the Nikkei Asian Review. "The new Facebook Oculus VR headset will enter mass production around the end of July." 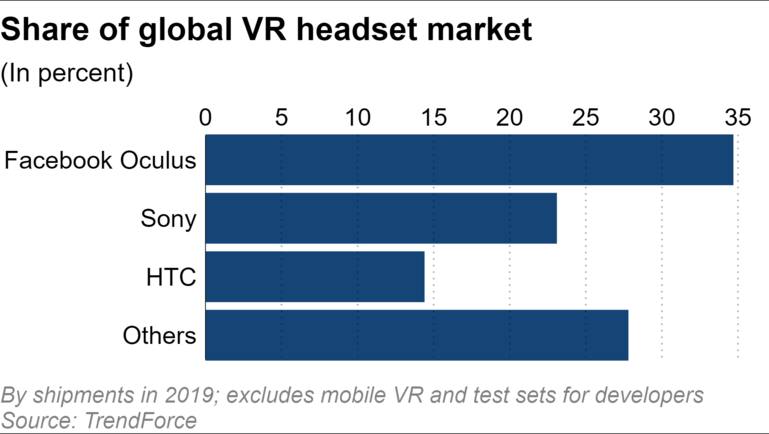 But the orders could still be subject to change, up or down, depending on market demand after the product launch, sources said.

Compared with the cyclical and relatively mature games console market, which is dominated by Nintendo, Sony and Microsoft, market watchers said VR was still a nascent market where a lot of players are trying new applications. But gaming is still the most important segment.

Facebook bought VR startup Oculus for $2 billion in 2014, and scored its first hit with Oculus Quest, which had a starting price at $399. It was the company's first all-in-one VR gaming device. Also known as a "standalone," this type of device features integrated computing capability on a cordless headset, rather than relying on a personal computer with a cord to run the device.

Facebook is looking to further expand standalone VR, which gives users a more immersive experience than PC and smartphone-based VR headsets. The U.S. company said in June it will stop selling Oculus Go, its entry-level VR device which went on sale in 2018, to focus on the Oculus Quest and Rift offerings, its more powerful and higher-end products. Oculus Rift S, introduced in 2019, still needs to be connected to a computer to function.

Facebook's founding CEO Mark Zuckerberg said in an earnings conference earlier this year that the company's revenue categorized as "others" reached $297 million for the January-March quarter, up 80% from a year ago, which was "driven primarily by sales of Oculus products."

Other companies are jostling for a share of the market. HTC, formerly a leading smartphone maker, shifted its focus from handsets to VR, while Sony launched its first PlayStation VR in 2015. Google, Samsung Electronics and Huawei Technologies all introduced phone-based VR headsets, using smartphones as the VR headset's screens.

Apple has been working on augmented reality technology for years and has reportedly entered a trial production for an augmented reality device recently, according to tech news outlet The Information. VR puts users in a fully artificial digital environment, while AR overlays virtual objects over a real-world environment.

No immediate winner, however, has emerged in the nascent battleground, market watchers said, and the VR headset market is still at its early stage for gamers and commercial users in some niche applications only. The technology relies on fast-speed, low-latency internet connectivity, and 4G connectivity does not always meet users' expectations.

Suppliers are working on reducing the weight of devices to improve user experience. Market watchers also said there was a need for more content providers, such as game developers, to create a bigger VR ecosystem.

The worldwide shipment of all types of VR devices last year was around 10 million units, according to Counterpoint data. Facebook, Sony and HTC together accounted for 69% of the market. But excluding mobile VR, which needs to plug in a smartphone, the overall VR market shipment was only around 4.32 million units, with Facebook shipping around 1.5 million units in 2019, research agency TrendForce said.

Jason Tsai, an analyst with TrendForce, said the VR market is enjoying healthy demand thanks to the coronavirus outbreak but it was not yet clear whether the momentum was sustainable.

"Overall, the VR market will continue to grow. Facebook's growing momentum this year will be more robust than Sony's VR lineup as Facebook's strategy is to sell its VR devices at a relatively affordable price since last year to grow the ecosystem base, and it not only targeted gamers but also has a bigger hope to explore other business opportunities and applications," said Tsai. "Sony's approach currently is to bring in more hard-core gamers to bundle with its own PlayStation game console business."