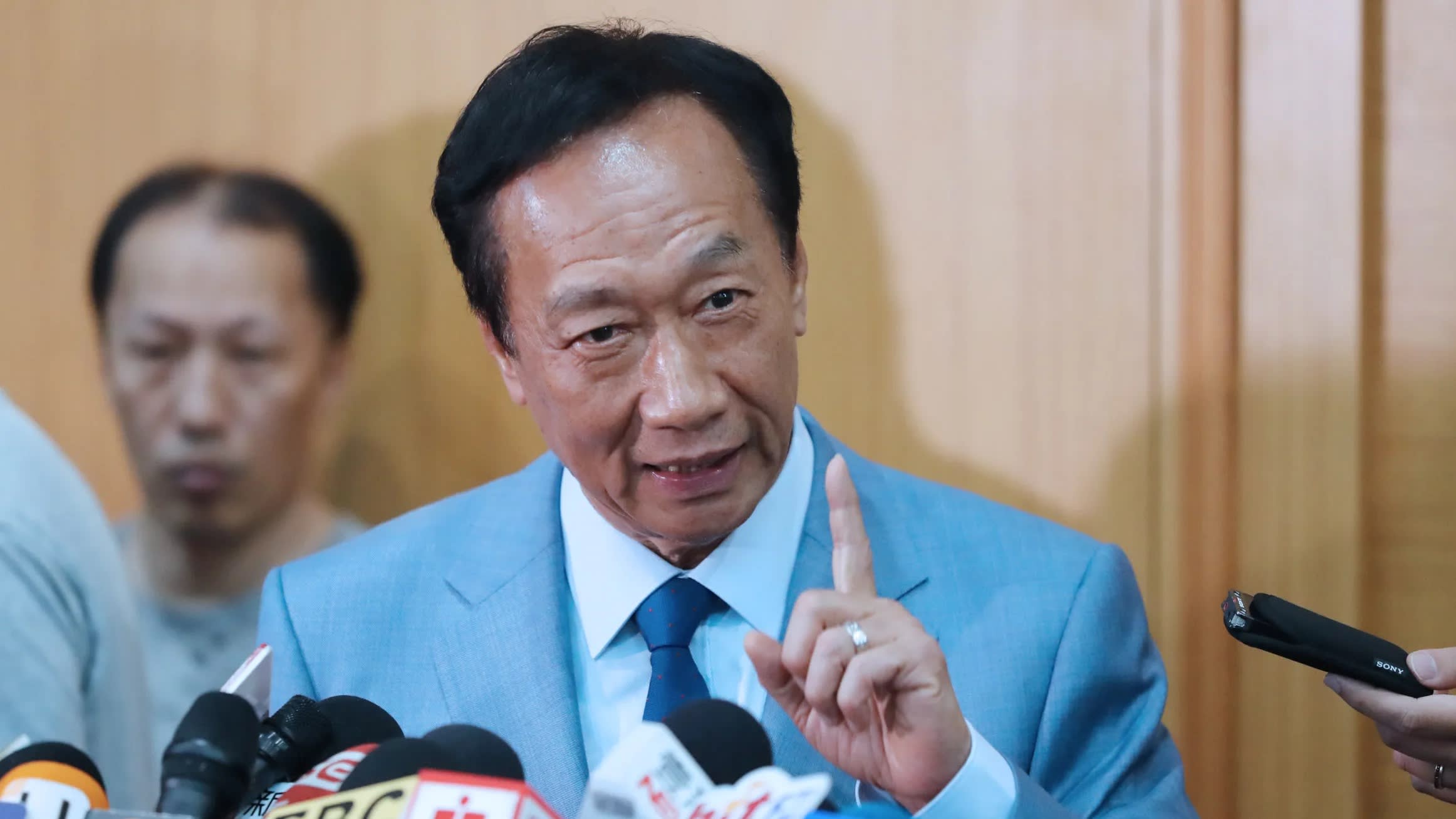 TAIPEI/OSAKA -- A newly built advanced display plant backed by Foxconn founder Terry Gou, a veteran tycoon normally known for his ability to time the ups and downs of technology cycles, is seeking new investors to provide a capital injection, the Nikkei Asian Review has learned.

The 61 billion yuan ($8.5 billion) facility in the southern Chinese city of Guangzhou was supposed to be churning out large, advanced liquid crystal displays at full capacity this year, but a glut in the global market and plunging prices has led to those plans being postponed, multiple sources told the Nikkei.

One of those equipment suppliers said it is exploring the possibility of taking legal action against Japan-based Sakai Display Products, the main entity in charge of the Guangzhou plant, if it cancels any more equipment orders. Gou owns more than 50% of SDP, while Foxconn-controlled Sharp holds a more than 25% stake.

Another equipment supplier at the project said it is in negotiations with SDP, adding that it could face "billions of yen" in losses if orders are canceled.

"The project is now looking to bring in new investors," said a source familiar with the situation. "The factory is built. It would not be scrapped, but the timing for operating at full planned capacity will be postponed, as the oversupply for large LCDs is a real pressure."

The development comes as Gou continues his pursuit of the Taiwan presidency, despite losing the opposition Kuomintang's primary race in July. Gou is said to be looking to challenge Taiwanese President Tsai Ing-wen as an independent in 2020. He stepped down as chairman of Foxconn after 45 years in June to focus on pursuing his political ambitions, but remains the largest shareholder in both Foxconn and SDP.

Gou and the Guangzhou city government inked an agreement for the 10.5-generation LCD facility in 2016, with the former Foxconn chairman describing the project as being in line with the company's long-term strategy for developing 8K high-resolution technologies.

The project -- among the biggest ever investments in Guangzhou -- broke ground in March 2017, four months before Gou announced a similar, $10 billion project in Wisconsin.

The Guangzhou project was supposed to reach its full operational capacity of 90,000 large displays a month by 2019, but prices for LCDs have plunged in the past two years due to aggressive capacity expansion from heavily subsidized Chinese companies.

Display makers across the board have felt the impact.

Samsung Electronics' operating profit in the second quarter this year was hurt by weaker chip and display prices, while LG Display reported growing net losses in the first half of the year owing to low LCD prices. The financially troubled Japan Display Inc. faced the same challenge. Taiwan’s two leading display companies -- AU Optoelectronics and Innolux -- recorded net losses in the first six months of this year, while even the heavily subsidized BOE saw net profit shrink 44% in the first half.

Faced with oversupply concerns, Foxconn amended its plan for the Wisconsin plant back in June 2018, opting to build a 6th-generation LCD facility instead of a 10.5-generation one. Earlier this year, the Nikkei reported that the Guangzhou project would reach only partial production capacity in the third quarter of this year, with full operation delayed at least six months to 2020 due to market uncertainty.

In early August, Reuters reported that Foxconn was exploring the possibility of selling the factory. In response, the company told Taiwanese media that the Guangzhou plant was owned by Gou, Sharp and the Guangzhou city government, and had nothing to do with Foxconn.

Enough equipment to produce around 40,000 displays a month had already been installed before the August halt, one of the sources said. However, it will likely take until the end of this year or longer before the plant actually begins producing that many units, two people said.

David Hsieh, senior director at IHS Markit, said the market for LCD TV displays is suffering from excessive supply owing to aggressive investments from Chinese LCD makers and high inventory levels. "The 10.5-generation TFT LCD fab in Guangzhou stopped moving in equipment on Aug. 18," Hsieh told the Nikkei. The rationale for the delay, he said, is to reduce future losses.

"Installing full capacity would make depreciation costs very heavy, making it difficult to make money. This has nothing to do with government subsidies in China, it is purely because of the oversupply and pressure from falling TV panel prices," the veteran display analyst said.

SDP initially declined to comment but after story publication said that further build-out of the Guangzhou plant would be “conducted in accordance with...market demand” and that it was negotiating with suppliers “to reach a win-win consensus.”

SDP also said that Gou has sold his stake in SDP but declined to comment on the timing of the sale and the identity of the purchaser.  Gou’s campaign office said previously it could not comment on his personal investments at this time.