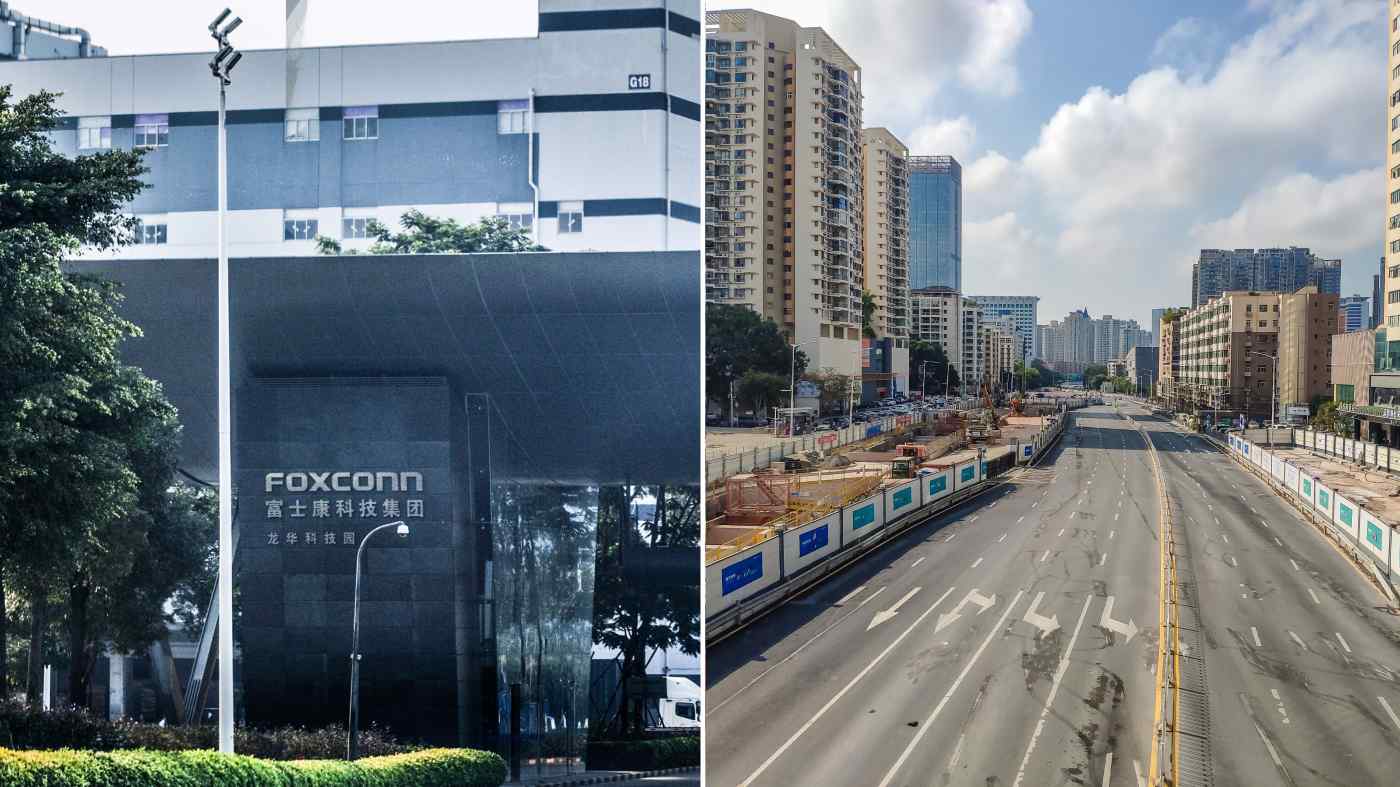 Foxconn introduced what it called a "closed-loop management process" to comply with Shenzhen's COVID-19 rules at campuses that include both employee housing and production facilities. (Source photos by Getty Images and AP)
LAULY LI and CHENG TING-FANG, Nikkei staff writersMarch 16, 2022 16:50 JSTUpdated on March 16, 2022 18:34 JST | Taiwan
CopyCopied

TAIPEI -- Foxconn on Wednesday said it has restarted some production at facilities in Shenzhen after suspending manufacturing there on Monday when the local government imposed a partial lockdown of the city in southern China.

Shenzhen is the company's second-largest manufacturing hub in China, and Foxconn said on Monday it was halting production at its Longhua and Guanlan complexes in the city, from which it supplies Apple, Google and Amazon, among other companies. The local government told nonessential businesses to close to deal with a COVID-19 spike.