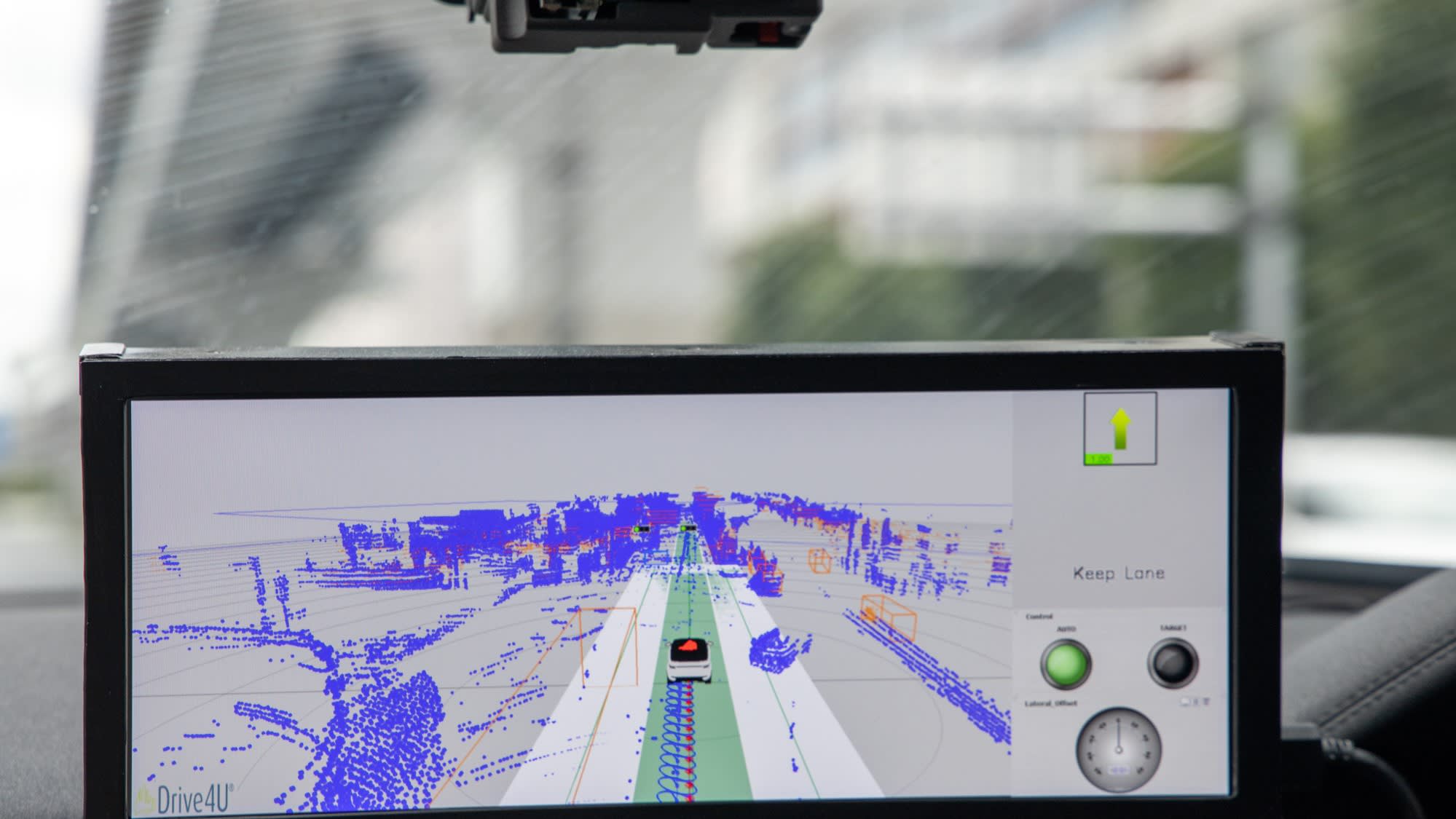 TOKYO -- Valeo, a major French auto parts supplier, is testing autonomous driving technology in Japan. The trial of the self-driving system uses a combination of three dimensional maps and information gained from communications between the vehicle and traffic lights.

Valeo launched the test in 2019 and its focus is LiDAR, technology that uses near-infrared light to detect the shape of objects around it. The company is seeking to assess the capability and reliability of its own LiDAR technology as part of its efforts to achieve what is called Level 4 autonomy, which means fully self-driving but limited to specific locations and/or conditions.

In November, Valeo conducted a demonstration test of a Level 4 prototype equipped with its autonomous driving system in Tokyo's Odaiba, a hip shopping and entertainment district on a human-made island in Tokyo Bay. The car ran automatically on a public road and stopped at red lights, although an engineer was in the driver's seat in case of emergency.

The French company carried out the test by taking advantage of a Japanese government program to promote self-driving technology.

Driving automation levels range from a rank or score of 0 to 5. They start from Level 0, or no automation, and then rise until topping out at Level 5, which is full automation, meaning no human intervention is required under any road and environmental conditions.

Many new cars currently available are equipped with Level 1 and Level 2 automation technology, which only offer features that augment a human driver such as automatic emergency braking, electronic stability control and lane-keeping assistance.

Valeo is aiming to develop Level 4 and eventually Level 5 true self-driving cars, ones fully controlled by artificial intelligence which operates the car entirely with no human assistance required during driving. Level 4 automated driving features can control the vehicle only under limited conditions, while a Level 5 vehicle can drive itself under all conditions and virtually all destinations.

Ford Motor is trying to launch a Level 4 commercial vehicle this year and the Chinese government has set a target of realizing Level 4 by 2025.

Valeo's system is for the first time using a technology to catch radio signals from traffic lights indicating color.

It is also possible to use a camera to recognize the colors of traffic lights but that approach faces risks such as a vehicle running ahead blocking the traffic light or a complicated configuration of multiple traffic lights at an intersection that make it difficult to identify the right one.

LiDAR, an acronym for "light detection and ranging," uses eye-safe laser beams to generate precise 3D images of everything from cars to trees to cyclists in a variety of environments and under a variety of lighting conditions. Unlike cameras, LiDAR cannot be fooled by shadows or blinded by bright sunlight.

Radar works in much the same way but uses radio waves instead of laser beams. Because laser light waves are shorter than radio waves, LiDAR can generate a more detailed image of the object. It can also detect much smaller objects than radar.

In 2017, Valeo became the first company in the world to start volume production of laser scanners for automobiles. The first-generation of SCALA was adopted for Audi's upscale "A8" sedan, among others. 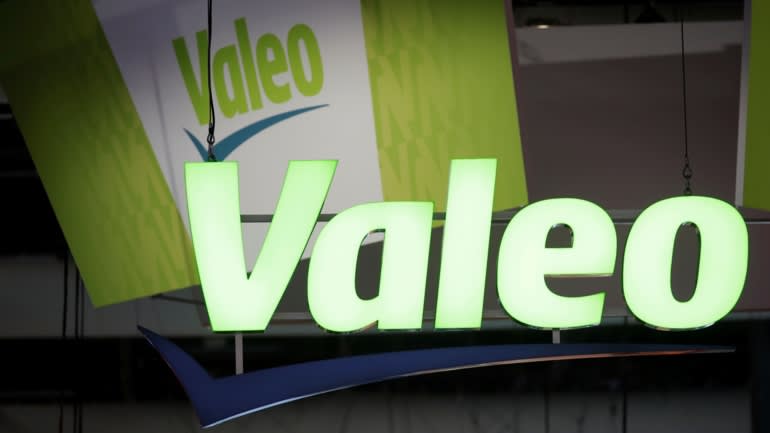 In 2017, Valeo became the first company in the world to start volume production of laser scanners for automobiles.   © Reuters

The biggest hurdle to widespread LiDAR adoption is an economic one as LiDAR sensors cost tens of thousands of dollars per unit. As a result, applications of the technology were previously limited to such products as measuring instruments used for adjusting railway tracks.

But Valeo managed to reduce costs significantly by simplifying the structure of the system. SCALA uses an embedded rotating mirror that deflects the beam emitted by a laser diode through an emitting lens. The angles at which the beam is emitted change in response to the positioning of the rotating camera. As sensors capture the reflections, geometrical data about them are analyzed to determine such variants as distances from the objects and their shapes.

Valeo's system uses a combination of topographic information obtained by SCALA and highly precise 3D maps to identify the vehicle's location with a margin of error of around 12 cm, compared with the conventional Global Positioning System's several meters. Fully self-driving cars need a positioning system that can locate objects on the ground with a margin of error well under 20 cm.

The demonstration test in November was designed to use LiDAR as the primary device to detect other cars and pedestrians. Usually, this is accomplished mainly through analyzing images captured by cameras.

To make a self-driving system fit for real-world traffic, it needs to be composed of two systems that work similarly but independently so that the vehicle can continue operating automatically even if either the camera-based system or the LiDAR-based system breaks down.

Valeo is testing the autonomous driving system based on its LiDAR technology to confirm its safety and reliability for use in Level 4 cars.

The prototype being used in the current trials is outfitted with a second-generation SCALA installed in the front part of the car, three first-generation SCALAs each in the front and rear parts of the vehicle and a camera embedded in the windshield. The suite of sensors gives the car information about obstacles around it and its own location so that it can run without colliding.

The test car enters traffic and operates on a 6.7-km circuit. It also runs on urban streets to test the system's dependability and identify potential risks as it navigates through situations where there are pedestrians and many other cars that can disrupt operations. The car basically operates fully on its own during the trials except for emergency situations in which it could collide with people or other cars.

A slew of companies around the world are racing to develop sophisticated but low-cost LiDAR technologies. A system developed by Innoviz Technologies, a LiDAR startup based in Israel, will be used for BMW's iNEXT, a Level 3 self-driving car to be rolled out this year. Level 3 is the point of transition from a driver support feature to an automated driving feature.

Major auto parts supplies including Japan's Denso and Continental of Germany are also working on plans for mass production of LiDAR laser scanners. Valeo, however, has no intention to fall behind its rivals in the crucial race. It is now developing the third-generation of SCALA to offer even greater precision.