From gamers to dogs, Japan forges ahead in smart clothing 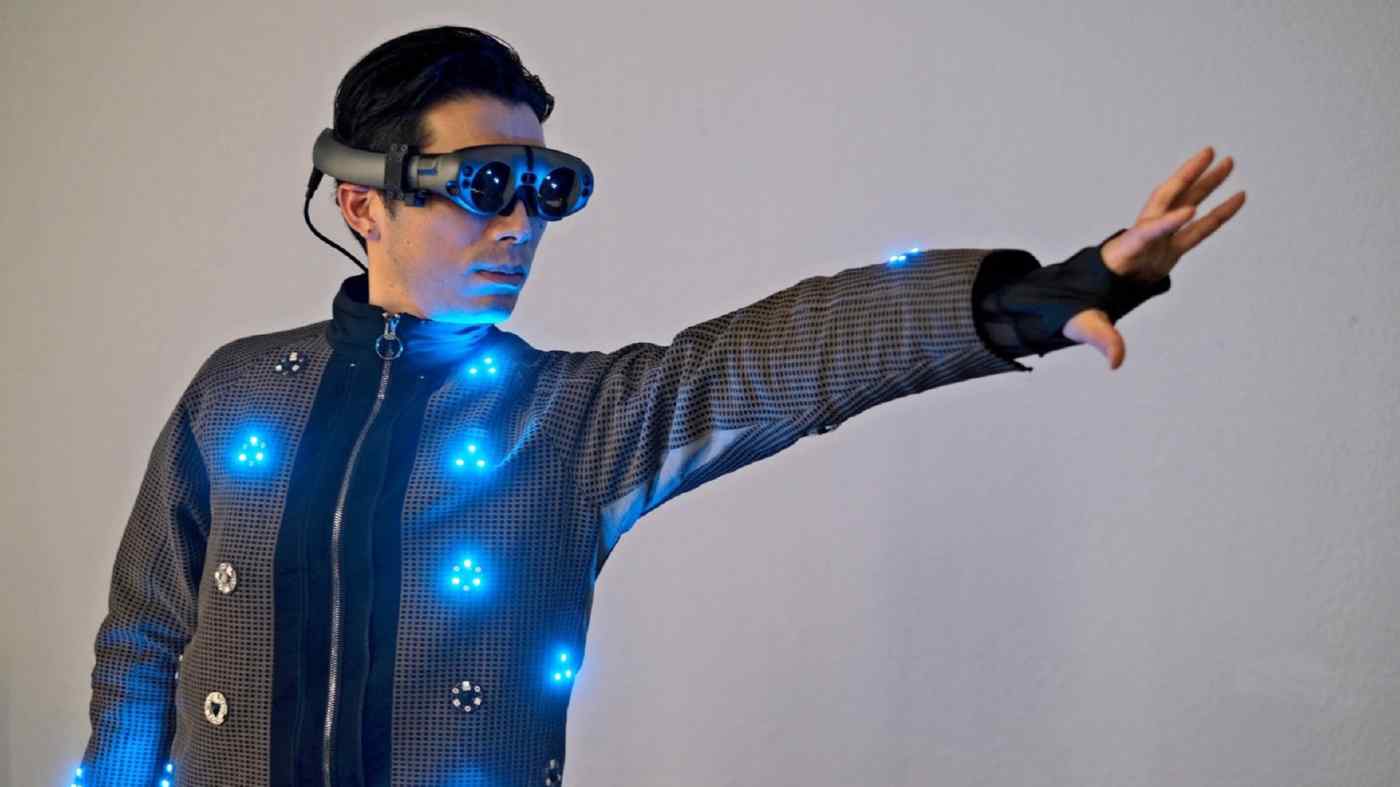 TOKYO -- A virtual-reality jacket that replicates the sense of touch, a belt that predicts when a pregnant mother will go into labor, and even a vest that monitors the health of your precious pooch: these are just some of the products emerging in Japan's fast-growing market for smart clothing.

Teijin has developed a jacket that can simulate the sense of touch in virtual reality. Its Synesthesia Wear tracks a user's movements, and attached modules vibrate in different ways depending on how the user interacts with the VR space, adding another layer of realism to the experience.

The jacket also does away with the plug-in connections that made Teijin's previous version of the technology difficult to market. It is made from a specially designed fabric that conducts electricity and communications signals, letting users place the battery and haptic modules wherever they choose.

Teijin sees applications for the technology not only in gaming, but also medical areas such as physical therapy, where the jacket could collect data on the user while stimulating motor function.

Nisshinbo Textile, a subsidiary of Nisshinbo Holdings, is working on a smart pregnancy belt that can predict a few days in advance when the wearer is likely to go into labor by monitoring the baby's heartbeat with a small microphone. It will encourage the user to seek medical care if any abnormalities are detected.

The company plans to market the belt as regular apparel rather than medical equipment, selling it through retail stores and online. It looks to keep the price below $100.

Toyobo has developed a stretchable conductive film for smart clothing, branded Cocomi, that can be used for humans and animals alike. A product that can measure the heartbeat of racehorses has hit the market. The company plans to offer similar wearables for pets and farm animals.

"Animals don't communicate with words, so bioinformation will be useful in deducing health and emotions," said a Toyobo manager. Toyobo offers smart clothing for both pets and people. (Photo courtesy of Toyobo)

Because animals differ in how they sweat, how much hair they have and their general shapes, Toyobo will develop wearables optimized for different species.

Toray Industries, meanwhile, has had smart clothes made with its Hitoe conductive fabric approved for medical use. The fabric is made from ultrafine threads that stick closely to the skin, enabling it to accurately detect electrical signals from the heart.

Toray is using the fiber to develop smart apparel that can detect atrial fibrillation, a cardiovascular condition marked by an irregular and often rapid heart rate. Occurrences of atrial fibrillation can lead to blood clots, which elevates the risk of stroke or heart attack.

Conventional atrial fibrillation detection requires attaching adhesive electrocardiogram electrodes to the skin around the clock. One drawback is that those with sensitive skin are prone to develop rashes.

Toray says its Hitoe apparel reduces the potential for rashes. Because the fabric can detect EKG signals over roughly two weeks of extended wear, a patient can detect unforeseen bouts of atrial fibrillation, according to a Toray representative. A lead developer for Toray ended up being diagnosed with atrial fibrillation after wearing Hitoe apparel and detecting warning signs. The employee later underwent surgery to treat a heart arrhythmia.

"I had never experienced any health problems, and I'd never thought about going to the hospital for arrhythmia," said the developer.

The concept of smart clothing has been around for more than a decade. Bioinformation applications for humans such as heartbeat detection have gained wide use in that time. Now, developers are pursuing bold proprietary services that go beyond just collecting biodata.

"Highly functional textiles that are useful for society are Japan's strength," said Masanao Kambara, the president of the Japan Textile Federation who is also a senior adviser to Mitsubishi Chemical Holdings.

The profitability of commodity textiles has been undermined by rivals across the globe. Developing applications for highly functional textiles will be an indispensable part of Japanese manufacturers' growth plans.

The domestic market for smart clothing will grow to approximately 7 billion yen ($66 million) in 2022, according to Tokyo-based consultancy Fuji Keizai, or 11 times bigger than in 2017.