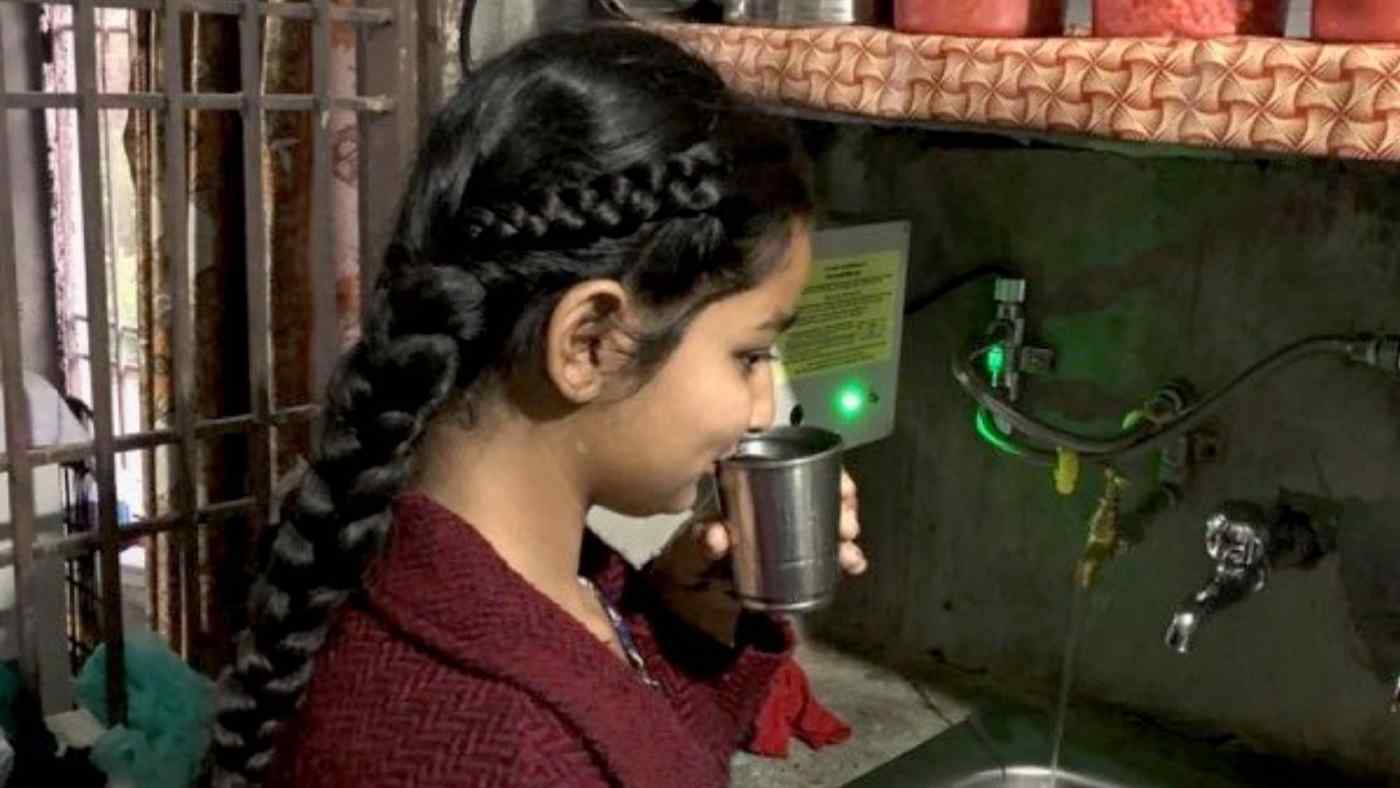 Unlike conventional sterilization techniques, Stanley's UV devices do not use chemicals, leaving scant environmental impact. They can be used to purify water, air and surfaces alike.

This February, the Japan International Cooperation Agency contracted Stanley for a water purification project in India. The project is expected to prevent childhood deaths from diarrhea, and reduce the volume of water bottle waste.

UV radiation can kill or deactivate microbes by disrupting the double-helix structure in their DNA. The technology was once limited to bulky machinery that produced pharmaceutical products and precision devices.

In 2010, Stanley first commercialized a UV sterilizer that uses miniature, long-lasting fluorescent bulbs. The product is now used in humidifiers, as well as in water and air purifiers. The company's revenue from water sterilization appears to be around 2 billion yen ($18 million).

Last November, Stanley said it would acquire HexaTech, a U.S. maker of light-emitting diode material for UV sterilizers, for $38.6 million. Stanley says the deal will boost its UV output fourfold, with plans to sell to water purification plants.

The company looks to transition to LED lights for water purification from conventional mercury lamps. The technology will be capable of generating light at wavelengths that kill microbes at high output, and lead to better profitability.

Stanley's stock price is down 37% this year, or more than the 21% drop for the entire Nikkei Stock Average. At first, the company expected its components to be adopted in new vehicle models being released by Honda Motor and other automakers this fiscal year. Those hopes appeared to be dashed when carmakers slashed global production to cope with weak demand amid the COVID-19 pandemic.

But as the epidemic persists, investors that push for socially responsible outcomes are steadily directing funds toward companies involved in medical care.

Shinji Kakiuchi, an analyst at Morgan Stanley MUFG Securities, said in a report that LED-based water purification could become the center of attention.