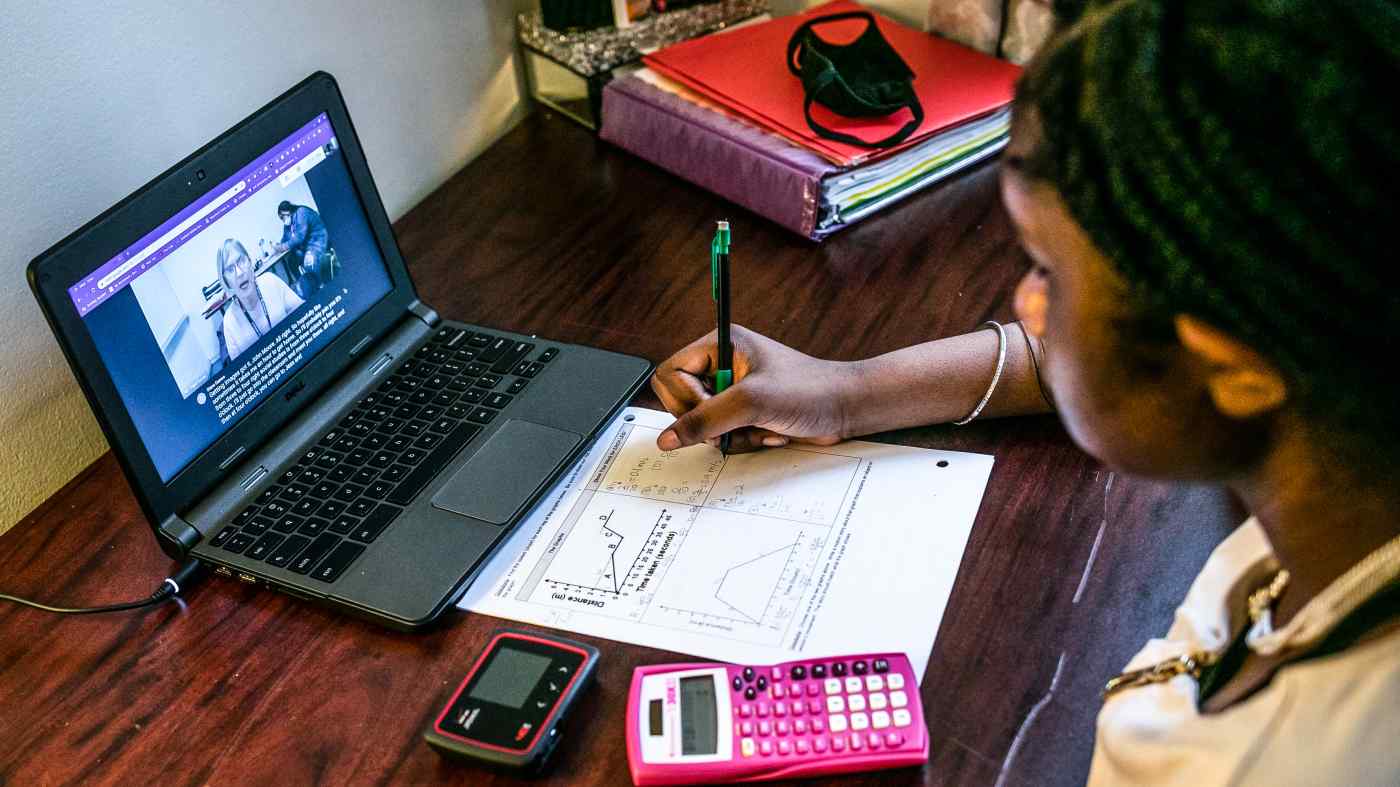 TAIPEI -- Makers of Google's Chromebooks have slashed orders for components in the first sign that the lockdown-era boom in personal computer sales may be coming to an end.

Sales of the lightweight notebook-style computers that run on Google's Chrome operating system almost doubled in 2020 as schools switched to remote learning.

"Earlier this year, we were asked to prepare more components for Chromebooks every day amid the global chip crunch," said an executive of Genesys Logic, a notebook chip supplier to several computer makers. "But there has been a sudden correction since July."

An executive with one of the top five global PC companies who declined to be named confirmed to Nikkei that his company has seen signs of slowing Chromebook demand in some markets, including the U.S., though there are still big projects to supply Chromebooks to schools in Japan that will continue into next year.

"American market demand accelerated very fast from last year," the executive said, "and now we expect it will be softer toward the end of this year."

Elan Microelectronics, a microcontroller maker supplying almost all laptop makers globally, has also noticed the slowdown. "We previously estimated that Chromebook shipments could reach up to 55 million units for the whole year," a company executive said. "Now it's likely about 45 million to 50 million units. That does affect the overall global notebook demand and our shipment forecast for this year."

Another executive with a contract notebook manufacturer supplying HP, Dell, Asustek and Acer confirmed to Nikkei the deceleration in Chromebook orders, blaming it on slowing end-demand for remote learning as schools reopen in many countries.

Chromebook shipments will still be up significantly from last year, the executive said. "It's just demand did not turn out as strong as all of the computer makers had expected at the start of 2021," the executive explained. 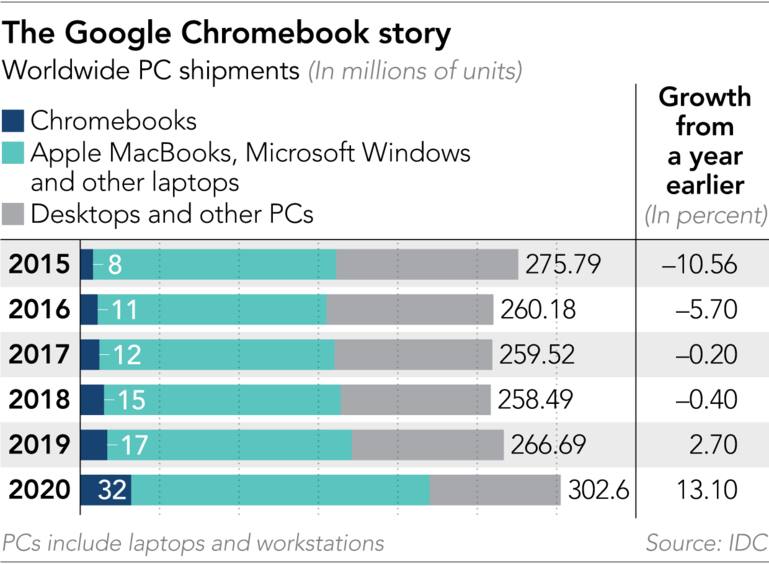 Chromebook economics also appears to have been a factor in the sudden slowdown, as the global chip shortage prompted manufacturers to prioritize more expensive notebooks, which are more lucrative, according to multiple executives. The supply of some components has improved, but display driver integrated circuits, transceivers, power management and other chips are still hard to come by.

Rising prices for display panels due to component shortages also affected Chromebook demand, the Elan executive told Nikkei. "When the price of an 11-inch display panel mostly used in Chromebooks is as high as those for 14-inch displays that are generally used in high-end commercially-used laptops," the executive said, "all the computer makers would turn to build those higher-price ones."

"We've started to see slowing momentum for the education and consumer [notebook] applications," he told reporters. "After all, the education notebook market has been in strong demand for more than a year, and the demand can't always stay up this high."

Noted another contract manufacturer manager, "We are still making backlogs of Chromebooks that were delayed due to component and chips shortages but we see new orders for education notebooks are not as strong as we had expected earlier this year."

Eric Chiou, an analyst at TrendForce, said the need for displays used on Chromebooks had peaked with recent worldwide back-to-school demand. "The party for the consumer, as well as the education application, might be over," he said.

IDC analyst Joey Yen told Nikkei Asia her agency has also noticed a Chromebook slowdown. "The digital transformation in the education market is still happening," she said, "but it's not as dramatic as [when] the pandemic started to revamp the world and schools were forced to close."

Notebook sales are already forecast to drop in 2022 after two years of significant jumps, with IDC penciling in around 261 million units for next year, down from 268 million this year. Yen said her agency is reviewing the forecasts.

An HP representative told Nikkei Asia that the PC remains essential for working, learning and staying entertained in a hybrid world, while an Acer counterpart said overall notebook demand still exceeds the industry's supply capabilities. The representative also said Acer since last year has been managing its supply chains so as to alleviate the chip and component shortages. HP and Acer did not say whether they have noticed slowing momentum for educational notebooks.

Samson Hu, co-CEO of Asustek -- the world's No. 5 PC maker -- confirmed on Wednesday during the company's earnings call that demand for educational purpose Chromebooks has slowed recently.

"Chromebook fulfillment in some mature economies, such as the U.S., has reached a certain level so we are seeing a downtrend from the second half of this year to the first half of next year," Hu told investors.

He also said however, that Asustek sees Chromebook demand eventually picking up in emerging markets over the longer term, while adding Google's ambition to expand the Chromebook for commercial use might stimulate another round of demand for ChromeOS notebooks.

Luca Rossi, president of the Intelligent Devices Group at Lenovo, meanwhile confirmed at his company's earnings briefing that the world's biggest PC maker does see some "temporary slowdown" in the Chromebook segment, particularly in the North American market.

Rossi cited seasonality and "delay in the renewal of government grants and funding" mainly in the U.S. He also said Lenovo remains very positive on the education market for its future, but also mentioned that the company is not heavily exposed to making Chromebooks, which only account for about 5% of its revenue.

Dell declined to comment as it is to release earnings results soon. Google was unavailable to comment.