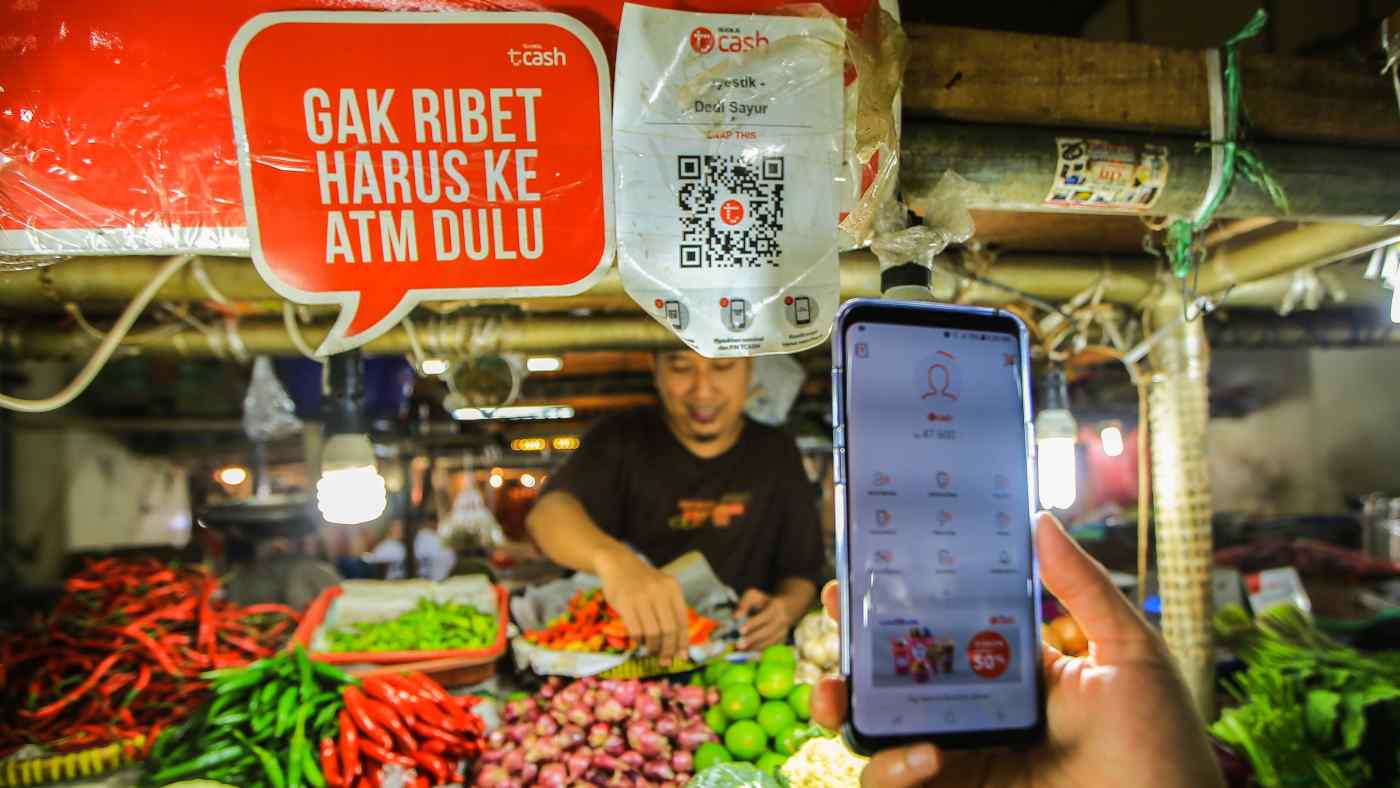 Grab, for which Indonesia is the largest market, is already a major shareholder in OVO, one of the country's top mobile payments company, which is in talks with another local e-wallet entity DANA over a potential merger.

The Singaporean company was the lead investor in LinkAja's $100 million Series B funding round. Other investors include Telkomsel, Indonesia's state-owned carrier, as well as the venture capital arms of state-owned Bank Rakyat Indonesia and Bank Mandiri. This is the first time LinkAja has received funding from an enterprise not controlled by the government.

"We... want to reinforce our commitment through our investment in LinkAja," said Neneng Goenadi, managing director of Grab Indonesia. "[The investment] confirms Grab's commitment in Indonesia to build a digital ecosystem."

The announcement was made on Tuesday as Grab opened a new tech center in Jakarta. The new base and investment come on the back of a pledge made by SoftBank Group -- Grab's major shareholder -- last year to invest $2 billion in Indonesia through the Singaporean company.

The move reflected growing concern within the government and its companies over the threat posed by the aggressive expansion of private entities like Grab and its rival Gojek in financial services in Southeast Asia's biggest economy.

The volume of transactions in Indonesia's fast-growing digital payments market rose 78% in 2019 from a year ago while the value of transactions jumped more than threefold in the same period.

LinkAja failed to catch on, however, with both GoPay, Gojek's payment service, and OVO proving to be too big to beat. The Indonesian digital wallet market has also seen Shopee Pay -- the payment service provider of Singapore's SEA Group -- make inroads in recent months, taking a considerable portion of market share through aggressive cash back promotions. The recent funding from Grab and others will help keep LinkAja in the competitive landscape.

In such a cutthroat environment, the restructuring of the market has been mooted for some time, with Grab's OVO engaging with DANA over a potential merger. Talks have been delayed due to the coronavirus pandemic distorting the market, a person with knowledge of the matter said.

The person added that Grab's investment into LinkAja should be seen separately from the OVO-DANA deal, and that Grab has no intention of bringing the state-owned payment company to the same table.