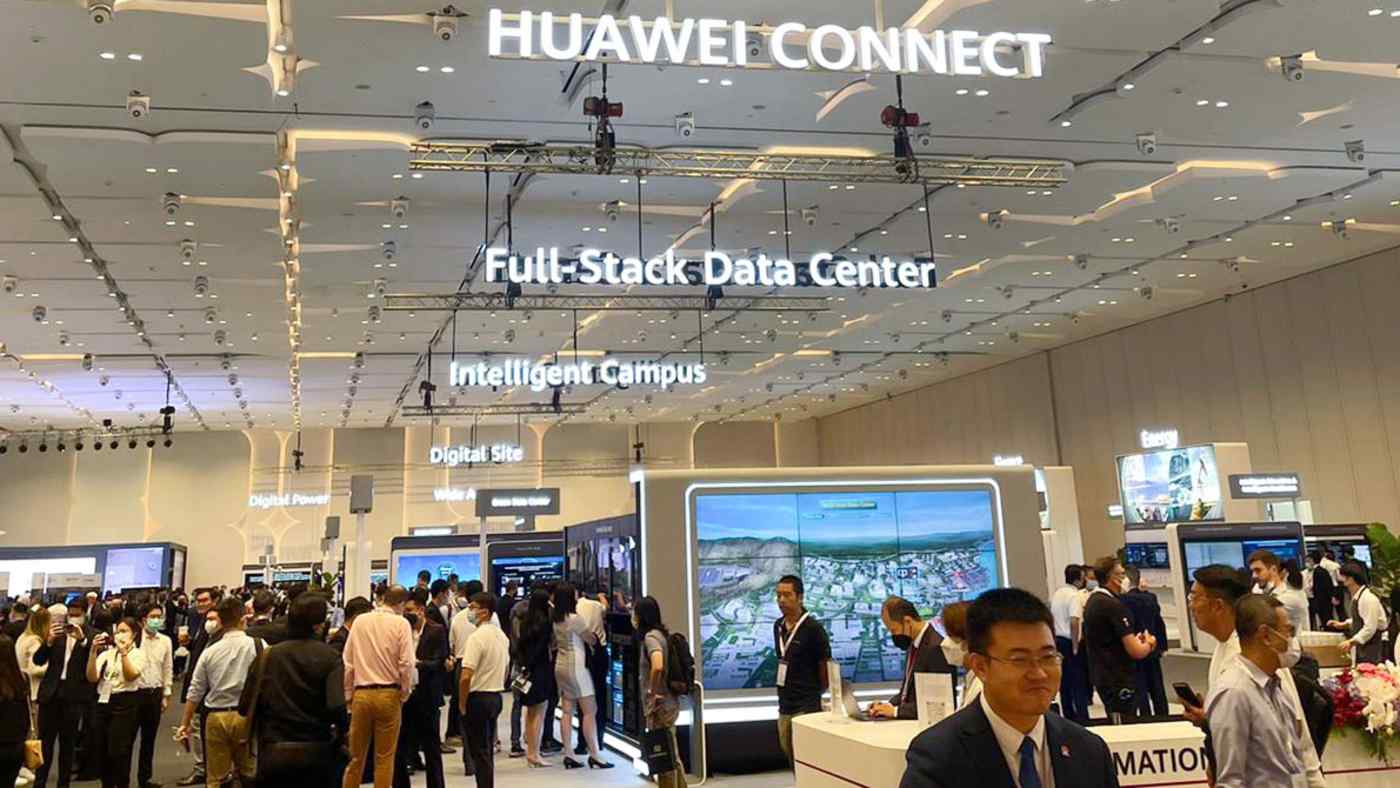 The Huawei Connect event is one of the first at Bangkok's newly reopened Queen Sirikit National Convention Center, which was renovated ahead of the Asia Pacific Economic Cooperation summit in November. (Photo by Francesca Regalado)
FRANCESCA REGALADO, Nikkei staff writerSeptember 19, 2022 18:18 JST | Thailand
CopyCopied

BANGKOK -- Huawei Technologies has taken its annual technology showcase to Southeast Asia as it steps up efforts to grow in countries where it can avoid a crackdown by the West.

Digital and economic ministers from Thailand, Indonesia, the Philippines and Bangladesh were in Bangkok as the embattled Chinese company staged its Huawei Connect event overseas for the first time. All four countries have allowed mobile network operators to source 5th-generation telecommunications equipment from Huawei, despite security warnings and bans issued by the U.S. and European governments.