Europe and Washington fear falling behind, but Tokyo balks at $7bn price tag 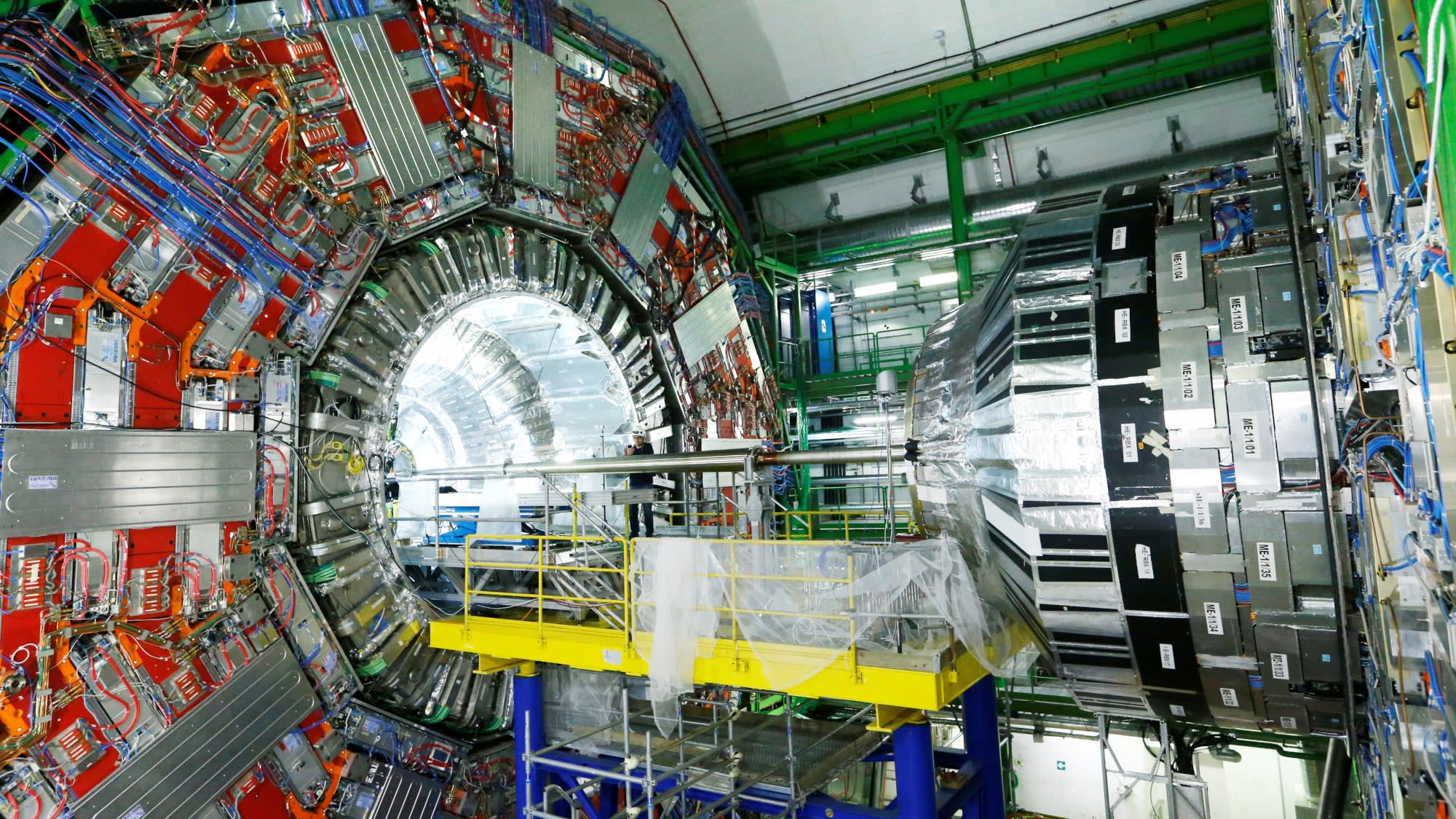 A particle detector used by a supercollider at CERN in Cessy, France. The European particle physics laboratory will participate in the proposed International Linear Collider, which will likely be based in Japan.   © Reuters
SHOJI KODAMA, Nikkei senior staff writerJuly 19, 2020 18:35 JST | Japan
CopyCopied

TOKYO -- The race for the next generation of particle accelerators -- keys to unlocking the secrets of the universe and hotbeds of cutting-edge technology -- has become another front in the U.S.-China battle for tech supremacy.

The International Linear Collider, a global collaboration spearheaded by American, European and Japanese researchers, will smash electrons and positrons together at near-light speeds. This will recreate the conditions at the beginning of the universe, creating a "factory" for Higgs bosons, a mysterious particle fundamental to understanding mass.

Researchers from around the world whittled down a list of potential sites for the facility to a location under Japan's Kitakami mountains in the northern part of the country. But Tokyo and some European governments have been reluctant to take on a project with an estimated cost of $7 billion or more.

Now, with China making headway on its own competing facility, European researchers and the U.S. government are pinning their hopes on Japan to avoid being left in the dust.

Meanwhile, Washington is eager to provide support, financial and otherwise, for the project.

"We are ready to assist our partner agencies in moving forward with the next major particle physics facility in Japan," Melinda Pavek of the U.S. Embassy in Tokyo said last November at a workshop on linear collider projects in Sendai.

In February, a senior U.S. State Department official sent a letter to Japanese Foreign Minister Toshimitsu Motegi voicing strong support for the project, according to a source familiar with the situation.

This enthusiasm stems from alarm at China's rapid advances in basic science. Beijing is planning its own Higgs factory, the Circular Electron Positron Collider, slated to come online around the same time as the ILC in 2035. As the U.S. has no plans of its own for a similar collider, it will fall behind China unless the ILC goes ahead.

The significance of these facilities lies partly in the central role of the Higgs boson in physics research. The elementary particle was discovered in 2012 but cannot be produced in significant quantities with current equipment, meaning that scientists still know little about its precise properties. A clearer picture would provide insights into the nature of the universe.

The benefits of particle accelerator development extend beyond pure science, spurring advances in a wide range of industries. The World Wide Web was famously invented at CERN to share information globally.

The Japanese government has been hesitant to make a clear decision on hosting the ILC, amid concerns that it would need to shoulder a relatively large share of the cost. Naokazu Takemoto, Japan's minister for science and technology policy, told reporters in January that "we should actively consider it," but Tokyo has yet to make an actual offer.

Research organizations in Europe, the U.S. and Japan aim to set up by the second half of 2021 a lab to handle preparatory work for the ILC, including drawing up materials needed for intergovernmental cost-sharing discussions.