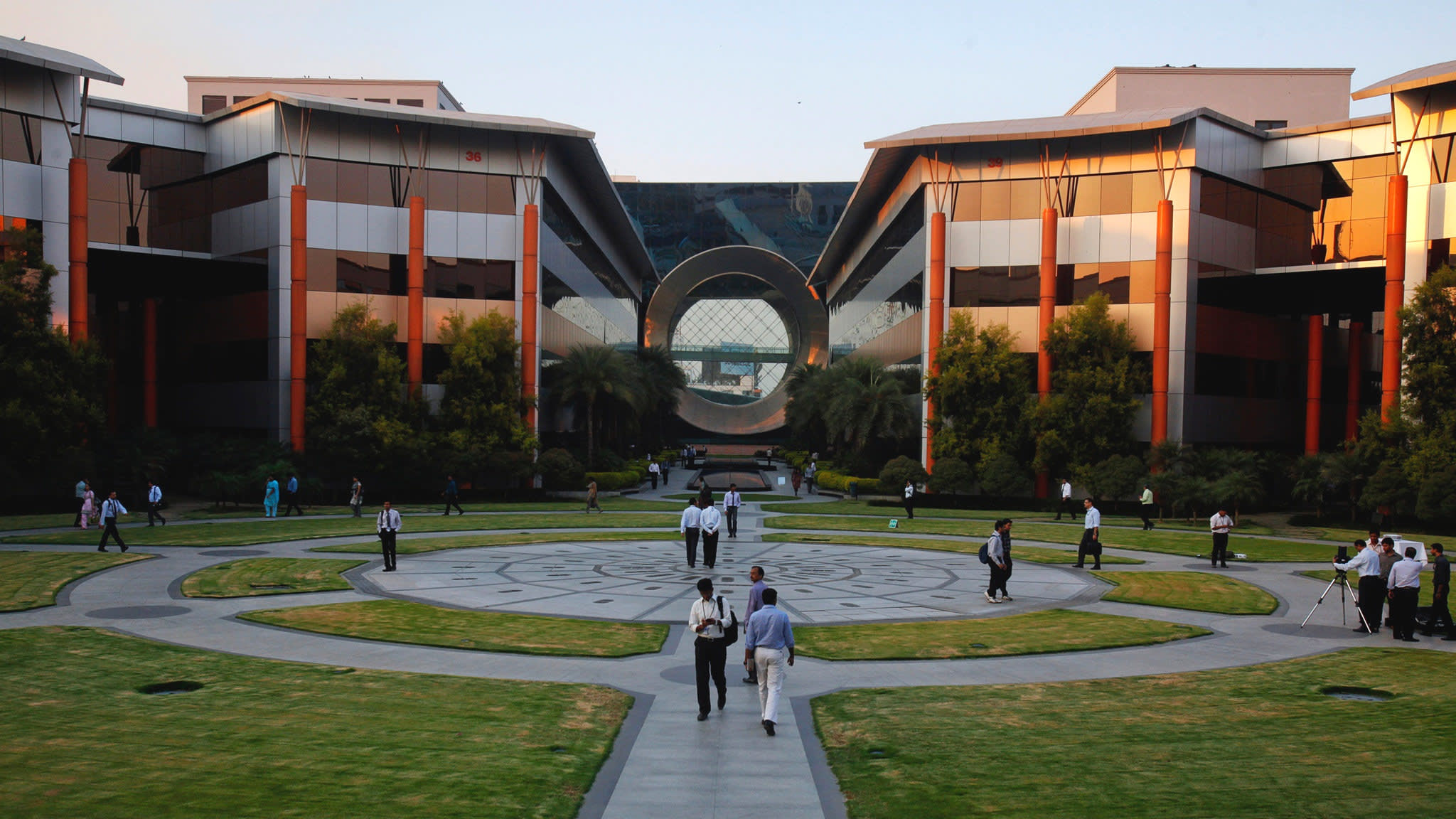 MUMBAI -- India's top information technology services companies say revenue is being squeezed as corporations around the world and in all sectors postpone or shrink IT projects to conserve cash during the coronavirus pandemic.

Tata Consultancy Services, the industry leader, on Thursday broke with tradition by providing a bit of forward guidance at its quarterly earnings announcement.

The move underscored the unprecedented times facing India's slowing economy amid a nationwide lockdown. Only the global shift to telework has kept demand for the country's IT services work from evaporating completely.

"We are not in business as usual," explained Rajesh Gopinathan, TCS's chief executive, in an earnings call. "There are clients under extreme stress."

Gopinathan said TCS expects the "peak negative impact" of the pandemic "will be comparable to that of the global financial crisis" of 2008 and 2009. The company is making operation plans based on an assumption that quarterly revenue will not return to its pre-pandemic growth trajectory until the October-December quarter of this year or January-March 2021. During the January-March quarter, TCS's dollar-denominated revenue on a "constant currency" basis was up 3% from a year earlier, slowing down from 6.4% year-on-year growth it marked for the previous quarter. Its rupee-based net income for the March quarter was down 0.9%, marking the first profit decline in three years.

Constant currency basis measures the latest results against older ones at the same foreign exchange rate to erase the effect of currency movements.

Major rival Wipro also broke with tradition in its earnings announcement on Wednesday, skipping forward revenue guidance for the first time since it listed on the New York Stock Exchange in 2000. CEO Abidali Neemuchwala told an earnings call that his company lacked "visibility into the extent to which [the pandemic] will disrupt our operations."

However, Neemuchwala expressed certainty on one point: negative revenue growth for the April-June quarter, saying the decline "will put a huge pressure on our margins."

"We already see instances of budget reduction, cuts in discretionary spends, requests for temporary discounts and pricing pressure and restructuring of existing spends" at client companies, he said.

Wipro's January-March quarter results were only partly affected by pandemic. The negative impact on its revenue was 0.7% to 0.8%, the company said. Dollar revenue in its IT services businesses grew 2.6% from the year-earlier quarter on a constant currency basis.

Yet the effect on profitability was clear. Wipro's operating margin narrowed to 17.6%, 1.4 percentage point lower than a year earlier and 0.8 point down from the preceding quarter. Net profit in rupees fell 6.3% from a year earlier. Neemuchwala said "pricing pressure" contributed to the margin decline. The company's cash flow from operations plunged to 14 billion rupees ($182 million) in the March quarter from 31 billion rupees in the preceding three months. The company cited advance payments on employee salaries, vendor financing to clients and other pandemic-triggered developments for the cash flow squeeze.

In a late March report, market researcher IDC cut its 2020 forecast for global IT spending growth to negative 2.7%, down from a 4.3% expansion projected in February.

While estimated spending on hardware would contract the most, falling 8.8%, IDC forecast IT services expenditures to decline 2% this year "as organizations hit the pause button on major new projects until business visibility improves."

"Spending on managed services and support services will also decline, in line with overall IT activities and hardware/software deployments," IDC added. IT system management and support account for large parts of revenues at most IT services companies.

Even so, the IT industry appears better able to weather the coronavirus crisis than some other sectors, such as airlines, hotels, restaurants, brick-and-mortar retailing and manufacturing. March automobile sales in India, for example, shrank by as much as 61% from a year earlier, and the worst is likely yet to come.

A major reason for the resilience of the IT services sector is that large parts of their revenues come from maintaining and servicing essential and non-stop corporate information systems.

As the pandemic spreads, major Indian IT services providers also accelerated shifts to a location-independent work model, in which a large part of project members work from home and other places instead of gathering at a single office. TCS said nearly 90% of its global workforce now work from home, while Wipro said 95% of its staff are teleworking. This agility has helped minimize project disruption due to worldwide lockdowns to cope with the pandemic.

Infosys, India's second-largest IT services provider, will announce its March quarter earnings next week. It is expected to show a similar level of teleworking, which is expected to have helped ease the pandemic's damage to quarterly revenue and profit.

Such a shift to more remote work is only achieved if their client corporations do the same, which creates new demand for IT system changes and security enhancements.

"There will be pockets of opportunity for software and related services during the next six months, as organizations create response measures focused around increased remote work and collaboration," said IDC analyst Stephen Minton in the March report.