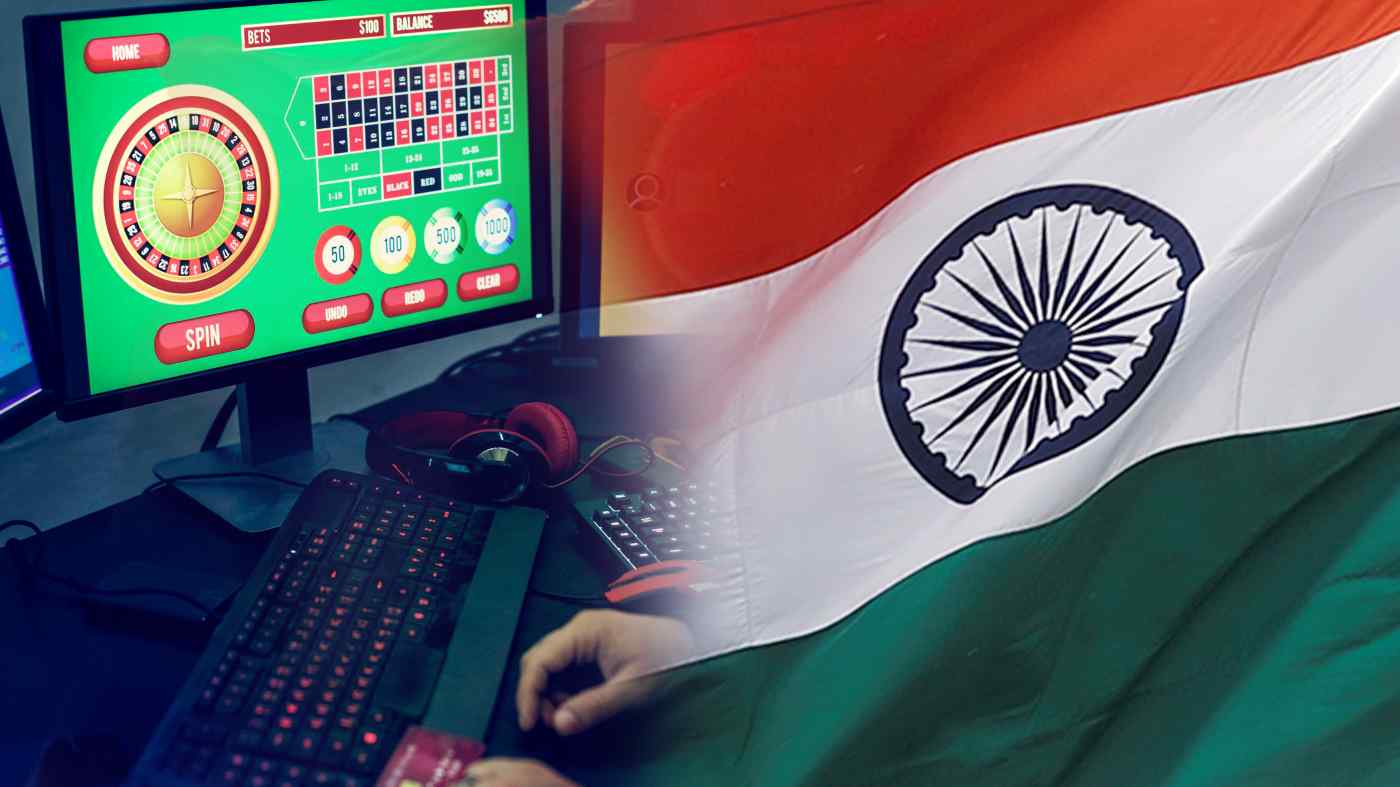 NEW DELHI -- The coronavirus pandemic has left many in India stuck at home during a series of total and partial lockdowns, and such isolation, combined with some of the world's cheapest internet rates, has made it both tempting and easy to gamble online.

For Arindam Mukharjee, a media professional, playing poker is a daily ritual. Mukharjee, who uses an international online poker site, told Nikkei Asia that he can combine his skill "with calibrated risk to both enjoy some time off and make good money."

But opportunities to bet -- and lose -- large sums while spending only about $20 a year for 24 gigabytes of internet access have brought calls for tighter regulation.

Gambling in India, which largely comes under the purview of state and union territory governments, is outlawed by all but four: Goa, Sikkim, Daman, and Nagaland. But online betting apps are illegal only in Andhra Pradesh and Tamil Nadu, which both banned such money-based games in November last year, citing rising bankruptcies and suicides.

V Narayanasamy, until April chief minister of Puducherry, in October last year called for even those to be outlawed, reflecting growing civil society pressure, especially from female voters who traditionally oppose alcohol and gambling. The gambling problem has emerged amid a surge in broader internet gaming.

According to market and consumer data provider Statista, in fiscal year 2018 India had 269 million online gamers, with the figure rising to 365 million in 2020. It is expected to further increase to 436 million in the current fiscal year and to 510 million in 2022.

Consultancy Deloitte said in a January report that India's online gaming industry is expected to expand at a compound annual growth rate of 40% to $2.8 billion by 2022, up from $1.1 billion in 2019.

And Maple Capital Advisors in May 2020 valued Indian gaming at $930 million, predicting 41% annual growth until 2024. There were over 400 gaming startups in India, it said, adding that weekly smartphone game user numbers have grown from a pre-COVID rate of 60% to 68% during the country's lockdowns.

"It is important to oppose online gambling because now it has started coming in the guise of fantasy sports and is being promoted by sports and film stars," said Ajay Kumar Sinha, executive director of the Forum for Learning and Action, one of the prominent nonprofit organizations opposing online gambling.

"There is no real mechanism to stop minors from getting into online gambling," Sinha said, stressing that his group made a YouTube video in 2019 highlighting how online gaming is ruining a whole generation of children and young people.

He said the campaign prompted the central government to make it mandatory for online gaming companies to read out and display a warning at the end of their advertisements that their games carry financial risks and are addictive. 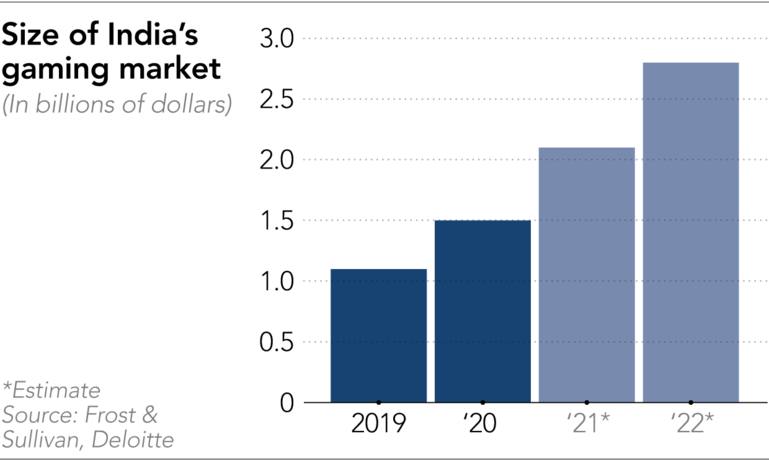 Companies are clearly benefiting from the gaming boom and prospects for continued growth are high.

Nazara's initial public offering saw a robust debut, its shares listing on the Bombay Stock Exchange at a premium of 80.74% over the IPO price. Mittersen said that India's younger demographic and tier two cities hold the promise of accelerated growth given their low penetration.

Venture capitalists have committed an estimated $400 million to the Indian gaming sector in the last five years, according to Maple Capital Partners. In September 2020, Dream Sports, the parent company of Dream11, India's largest online fantasy sports company, secured fresh funding of $225 million from Tiger Global Management, with TPG Tech giving it an estimated valuation of $2.5 billion.

Investors are also looking ahead to India's launch of 5G telecommunications, expected to be rolled out as early as the middle of next year. It is poised to transform the gaming experience through dramatically faster internet connections, likely drawing numerous new users and turning gaming into a spectator sport.

"Mobile gaming has become more interactive and social, it has tapped [an] 80% share of online gaming in India, requiring robust data connection," Roland Landers, CEO of the All India Gaming Federation, told Nikkei.

"The launch of [the] 5G data network will revolutionize gaming," Landers said. "Live game streaming with spectators being able to game without [any] lag is the real growth trigger. It would also enable cloud gaming in India."

That technological leap is what the current wave of nearly half a billion dollars in venture investments is chasing, though it remains to be seen how laws and regulations adapt to the expected further rapid growth.

Poker enthusiast Mukharjee, for one, is hoping they won't be onerous.

"India needs more gaming options to relieve stress and [provide] some quality pastime, especially during these testing times, and not stifling regulations," he said.