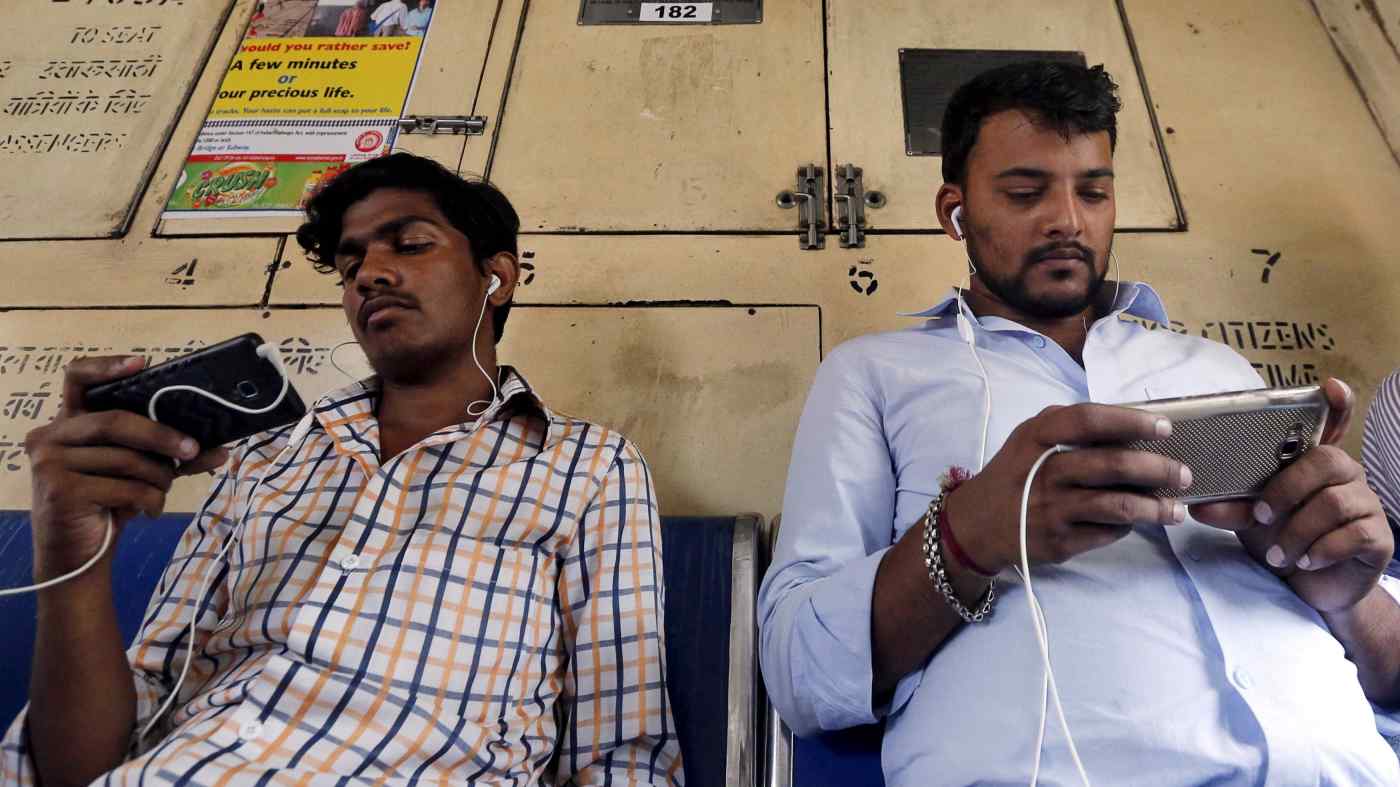 Commuters in Mumbai watch videos on their mobile phones. Prime Minister Narendra Modi has been pushing for self-reliance to boost and promote everything from local manufacturing to domestic startups.   © Reuters
January 24, 2023 23:56 JST | India
CopyCopied

The government endorsement of the operating system comes after Google lost its fight in India's Supreme Court to block an antitrust order that will force the company to change how it markets its Android operating system.