Fate of $191bn industry hinges on H-1B program in US, by far largest export market 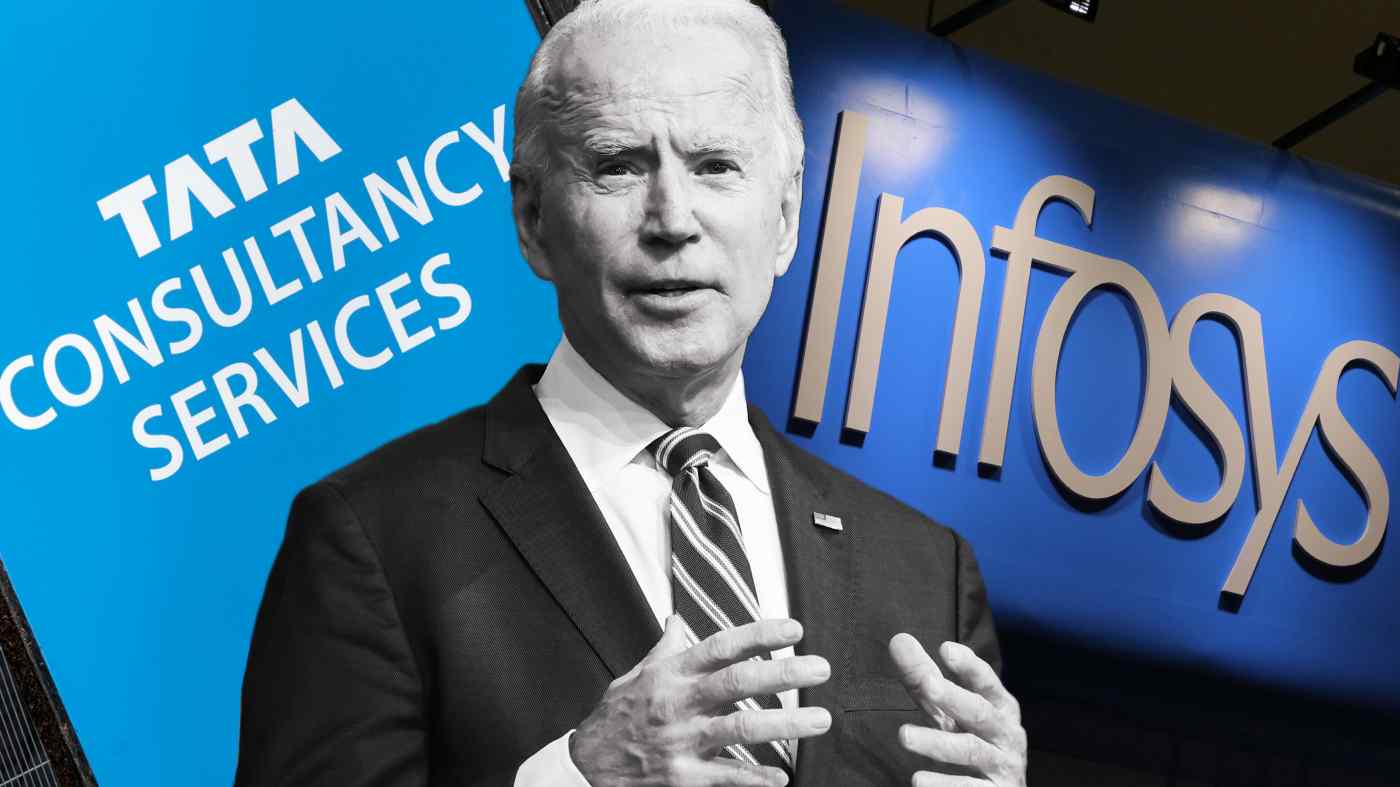 The Indian IT industry is hoping that Biden's policy on U.S. H-1B visas will be less restrictive than it has been under his predecessor Donald Trump. (Source photos by AP and Reuters)
ROSEMARY MARANDI, Contributing writerNovember 17, 2020 14:28 JST | India
CopyCopied

Stocks in India's leading IT companies, such as Tata Consultancy Services, Infosys, HCL Technologies, Wipro and Tech Mahindra, have generally been rallying since the vote count showed Biden ahead, led by Infosys, which saw its stock price rise nearly 6% from Nov. 3, the day of the election.

The National Association of Software and Service Companies, which represents over 2,800 IT companies, welcomed the victory of Biden and Vice-President-elect Kamala Harris and highlighted the contribution of Indian IT companies to the U.S. economy.

"A key challenge the sector faces is the lack of required STEM talent in the U.S., clearly highlighted by the high degree of overall unemployment on one hand, and more than half a million job vacancies in computer occupation on the other," the industry body added, referring to workers with skills in science, technology, engineering and mathematics. Nasscom's comments only point to issues in the U.S. labor market but suggest that it hopes the next U.S. administration will open up more doors to engineers trained in India. Nasscom "looks forward to working together with the new U.S. Administration, to find solutions to the STEM skills gap, and enable America to be more competitive, to grow and create more jobs," it said.

The U.S. is the world's largest market for India's IT industry, which saw total revenue rise 7.7% year-on-year to $191 billion in the year ended March, according to Nasscom. Exports of services accounted for $147 billion of the revenue, as much as 60% of which was from the U.S. market. This makes U.S. businesses by far the dominant factor that will determine the performance of the industry.

The Indian IT sector has especially been distressed by President Donald Trump's strict policies on the H-1B visa, which allows highly skilled engineers to work in America. In October, the U.S. government announced major changes to the visa program, including an increase in minimum salary. It also shortened the length of visas for certain contract workers from three years to one.

A study by the think tank National Foundation for American Policy in November 2019 found that denial rates for H-1B visa applications had increased to over 20% in the fiscal years ended March 2018 and 2019, from 6% in the year ended March 2014. The denial rate was highest among major Indian IT companies.

In his campaign policy document on immigration, Biden said: "High skilled temporary visas should not be used to disincentivize recruiting workers already in the U.S. for in-demand occupations. An immigration system that crowds out high-skilled workers in favor of only entry-level wages and skills threatens American innovation and competitiveness." 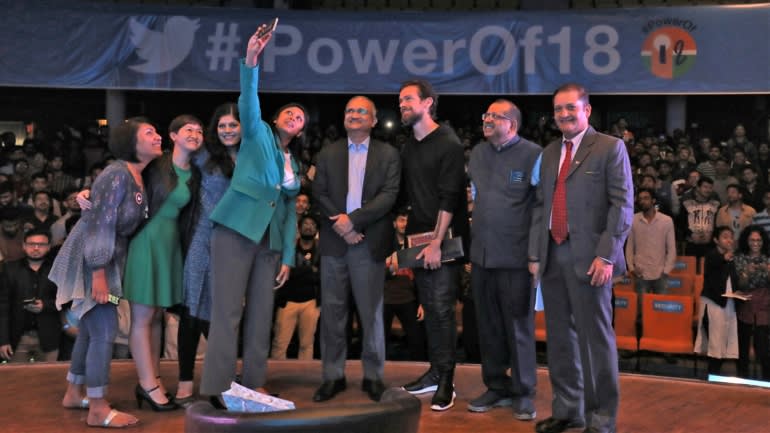 Twitter CEO Jack Dorsey, third from right, poses for a photo after a town hall meeting at the Indian Institute of Technology in New Delhi in 2018. Many graduates of India's prestigious tech institutes dream of working in the U.S.   © Reuters

Although Indian IT companies have significantly increased hiring in the U.S. and begun nurturing American talent, it has added to their operating costs. Besides, as Nasscom pointed out, the availability of STEM talent in the U.S. has been a major issue.

Apurva Prasad, an analyst with HDFC Securities, reckons that though it is too early to talk about the pros and cons of Biden's victory and policies, "from the supply-side point of view, it appears that it (the incoming administration) is not going to be as restrictive as the previous regime, where the scrutiny went up significantly."

The Indian IT sector will also indirectly benefit from other factors such as a fiscal stimulus package that could boost the pandemic-hit U.S. economy, and top banks increasing their IT spending as a percentage of overall revenue.

What may negatively affect companies, though, is Biden's proposed increase in the corporate tax rate to 28% from 21%, which may reduce surplus income and squeeze American companies' IT spending, Prasad said.

An analyst with an Indian brokerage said U.S. banks, the source of one-third of revenues for Indian IT companies, will be most affected by the corporate tax increase. "Trump would have been margin-negative but demand-positive; Biden is possibly demand-negative, marginal-neutral," he said.

"Typically, the new president who comes in will try and sort out the immigration policy, so whoever is less localized and companies with lower margins will have higher issues compared to companies that are highly localized," he said.

"Wipro, HCL Technologies and Infosys are on the higher side in terms of localization versus Tata Consultancy Services or Tech Mahindra, therefore they will be slightly better placed."