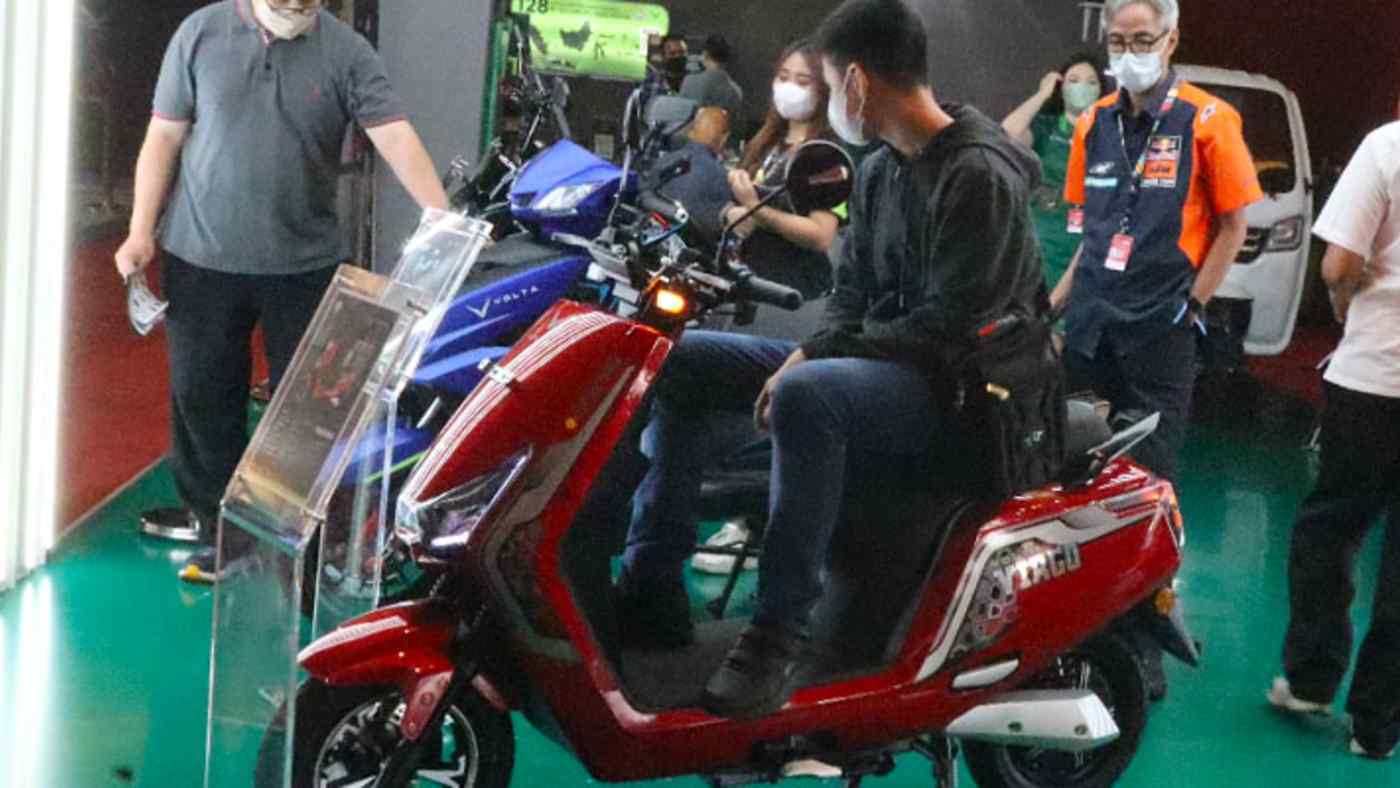 JAKARTA -- Indonesia's motorcycle market, one of the world's largest, is going electric as superapps, a sovereign wealth fund and even a coal miner are racing to grab a piece of the new business.

Domestic manufacturers in Southeast Asia's largest economy are riding on the government's broader electric vehicle push, which includes a target of 13 million electric motorbikes on the road by 2030 -- a huge jump from around 12,000 last year in the country of more than 270 million people. In comparison, there were over 110 million gasoline motorbikes in Indonesia in 2020, according to data from market and consumer data provider Statista.