SINGAPORE -- German chipmaking giant Infineon Technologies on Tuesday announced Singapore as its base for developing artificial intelligence applications for its global operations.

The company, among the 10 largest semiconductor manufacturers in the world, will initially invest 27 million Singapore dollars ($20.2 million) to establish the AI hub over three years, said Chua Chee Seong, president and managing director of the company's Asia-Pacific operations.

The investment will be used in infrastructure-building, AI projects, employee training and collaborations with partners. Over 1,000 of the chipmaker's staff will be taught AI skills, with an aim of launching 25 projects in the emerging technology by 2023.

"The global connectivity Singapore has with the rest of the world is not just about physical connection... but also the digital connectivity that is very strong right now," he told Nikkei Asia earlier on. "So this makes Singapore a very attractive place to embark on this AI innovation."

Chua explained that making a success of the Singapore venture in research and development will not only expand the company's market, but also help turn internal functions and processes, from human resources to corporate activities, more efficient.

"What we would want to do is to showcase to the rest of Infineon's side that if this is proven to be successful, from the learning that we have (in AI projects)... this will then become a ripple effect to the rest of the organization," he said.

Infineon is embarking on a transformation drive to embrace AI as an emerging technology, as competition among the world's chipmakers heats up. With countries moving toward building fifth-generation telecommunications infrastructure, the demand for high-end semiconductors has grown. 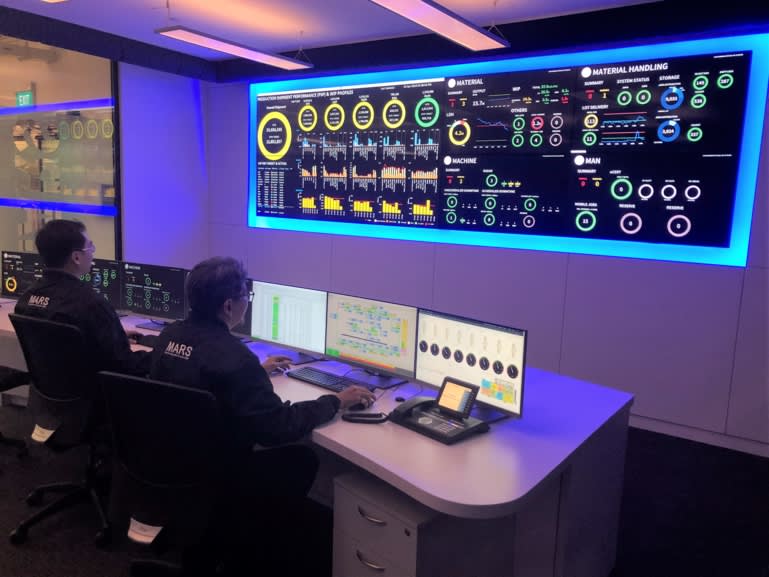 Infineon is embarking on a transformation drive to embrace AI as an emerging technology. (Photo courtesy of company)

Its Singapore announcement follows the acquisition of U.S.-based Cypress Semiconductor Corp. in April for $23.85 per share at an enterprise value of 9.0 billion euros ($10.7 billion). The acquisition consolidated Infineon's position as an international chipmaking force.

Infineon has had a presence in Singapore for 50 years, and also has offices in South Korea, Malaysia, Indonesia, Vietnam, Thailand and Japan, manned by a global workforce of some 46,700. It reported revenue of over 8.5 billion euros for the year ended in September.

From Singapore, the company plans to pursue partnerships with startups, research institutes and universities in developing AI applications to build up the hub. Chua said Infineon may hire more data scientists as it moves ahead with AI.

Over the past 10 years, Infineon poured about SG$700 million into establishing Singapore as its lead site for the development of smart factory solutions and a test center for automotive microcontroller units.

"The latest investment will allow Infineon to build new smart solutions for its operations in Singapore and beyond, and in the process upskill its Singapore workforce," said Beh Swan Gin, chairman at Singapore's Economic Development Board, the agency tasked with drawing foreign investments to the city-state.

Singapore has been shoring up its position as a technology center in Asia by trying to lure foreign talent and companies. In November, it launched a program to attract top tech talent from overseas by offering a special visa to foreign company leaders and technical experts that will allow them to work in the city-state.

In 2017, Singapore announced the introduction of an Intellectual Property Development Incentive to encourage research and development of new products and technologies. Under this scheme, companies can enjoy a reduced corporate tax rate of either 5% or 10% on a portion of their incomes derived from innovations created as a result of R&D in the country.

They can also receive a tax deduction on certain expenses for R&D projects conducted in Singapore, with the government keen to grow a local ecosystem where foreign and homegrown players can collaborate.

In addition, multinational companies that set up their regional headquarters in Singapore can qualify for tax exemption or concessionary tax rates of 5% or 10% on income from their activities.