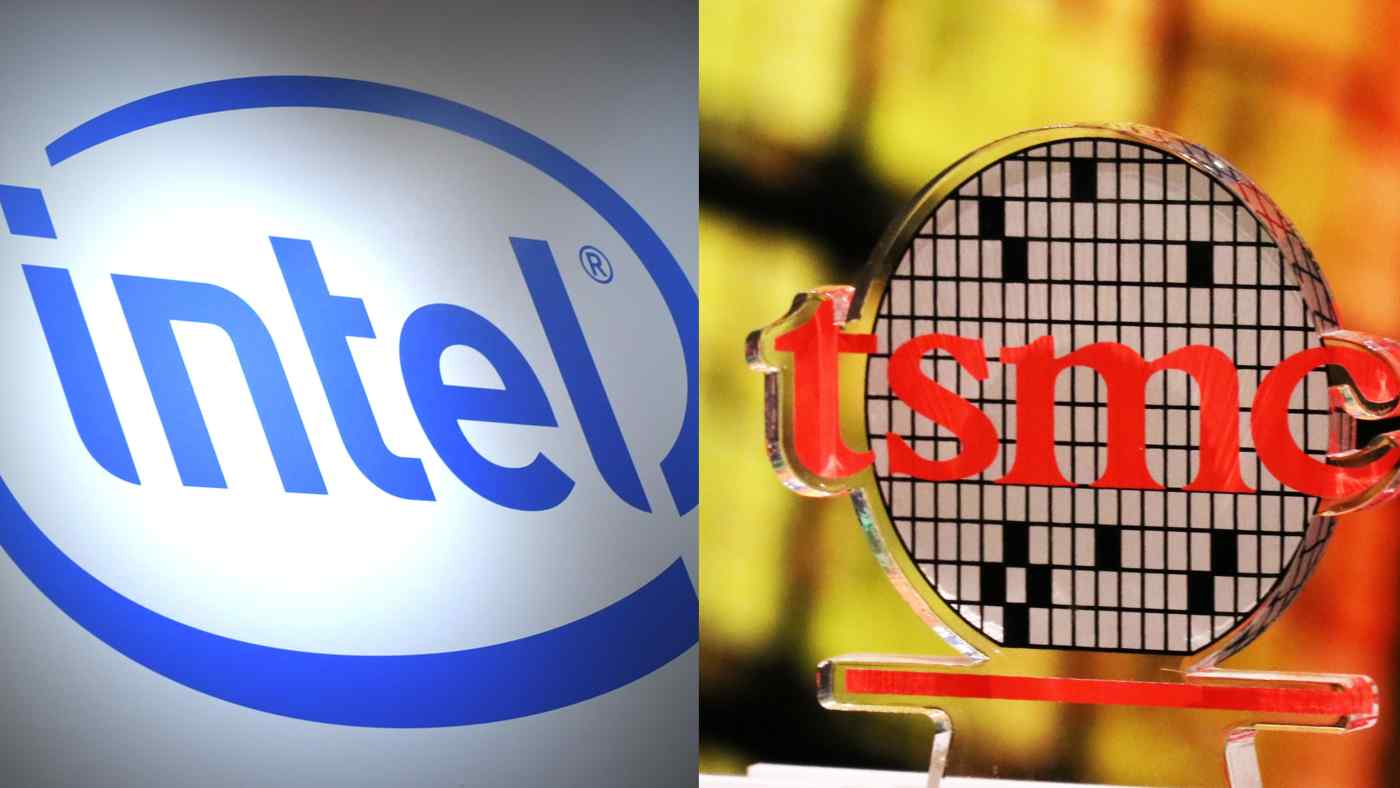 TAIPEI -- "Foreign chipmakers vying for U.S. subsidies will keep their valuable intellectual property on their own shores, ensuring that the most lucrative and cutting-edge manufacturing stays there."

The U.S. lured TSMC with the promise of generous support as part of its effort to break its reliance on foreign supplies of critical parts. But Intel -- America's top chip company, which has its own fabs in the desert state and plans to build more -- has not taken kindly to the funding of foreign competition right on the company's doorstep.

The clash of interests has landed the U.S. in the middle of the rivalry between two of the world's top chipmakers.

"We must look beyond short-term capacity issues and think seriously about what U.S. chip leadership really looks like," Gelsinger wrote in the article, which Intel paid to have published.

As Washington seeks to make the U.S. a global leader in manufacturing again, "the federal government should invest in American intellectual property and capabilities," Gelsinger continued. "It should invest U.S. tax dollars in companies that are based here and house their most critical assets -- including patents and people -- domestically."

The apparent jab at TSMC was made more explicit when Gelsinger noted that the 5-nanometer production technology to be used at the Arizona facility, while top of the line in mass production now, will not be so in 2024, when the plant is set to open.

"The company will still be making its most advanced products in Taiwan," he said, implying that subsidizing TSMC will ultimately harm the development of the U.S. industrial base.

The U.S. will end up being required to "make the difficult choice between forgoing the advanced chips necessary for critical national security applications or relying on insecure, foreign supply chains for them," he said.

In short, Intel, which is already lagging behind TSMC technologically, is not keen to see its rival advance further on Washington's dime.

TSMC, however, has no interest in giving up the subsidies. The company "decided to move forward with the plant because the U.S. government implored us to do it," an insider said. "The talks concluded based on the assumption of substantial government subsidies."

Founder Morris Chang has continued to implicitly make the case for financial support, commenting publicly that production in the U.S. is too costly.

The release of Gelsinger's article came as a surprise to industry players who had seen the subsidies as a foregone conclusion. Two weeks earlier, on June 8, the Senate finally passed a bill including $52 billion in subsidies for the semiconductor industry, with initiatives like the TSMC fab in mind.

But much is still up in the air. Debate has only just begun in the House of Representatives, and the legislation before that chamber currently makes no mention at all of subsidies. Reconciling the bills will be a complex process, and President Joe Biden's signature will be needed after that.

Gelsinger's story throws another wrench into the works. As the U.S. looks to regain its crown in the semiconductor industry, it cannot brush off the views of one of its leading chip companies.

But with Taiwan controlling 92% of the market for cutting-edge semiconductors, Washington also cannot afford to listen to just Intel, which has been slower to innovate.

Meanwhile, there have been surprising developments in Taiwan. TSMC has been making rapid progress on a fab near its headquarters that will use 3-nm technology, set to come online as early as 2022. Industry insiders agree that the plant will make chips for Intel.

The site had originally been earmarked for a research and development facility. But "when it became likely that orders would come in from Intel, there was a sudden order from the top to switch it to a factory," an insider said.

Intel has contracted out some production to TSMC before, but if this order is made official, it will mark the American company's first time outsourcing leading-edge semiconductors to the foundry. Advanced Micro Devices is catching up to Intel fast in personal computer chips, and having TSMC handle much of its production has sped up its pace.

Concern that insisting on in-house production would let AMD close the gap further likely led Intel to set its pride aside and order from TSMC. The fact that Intel is vociferously opposing subsidies for TSMC in the U.S. while relying on it in Taiwan shows the complexity of the global competition for chip dominance.

With the world suffering a protracted shortage of semiconductors, governments increasingly consider the chip supply as a national security concern and are ramping up subsidies and other efforts to court producers, including from overseas.

The comments by Gelsinger and others come as international competition for chip-related technology only continues to grow. The push and pull between the U.S. and Taiwan suggests that despite all the talk about international cooperation, creating successful tie-ups in the field may be easier said than done.