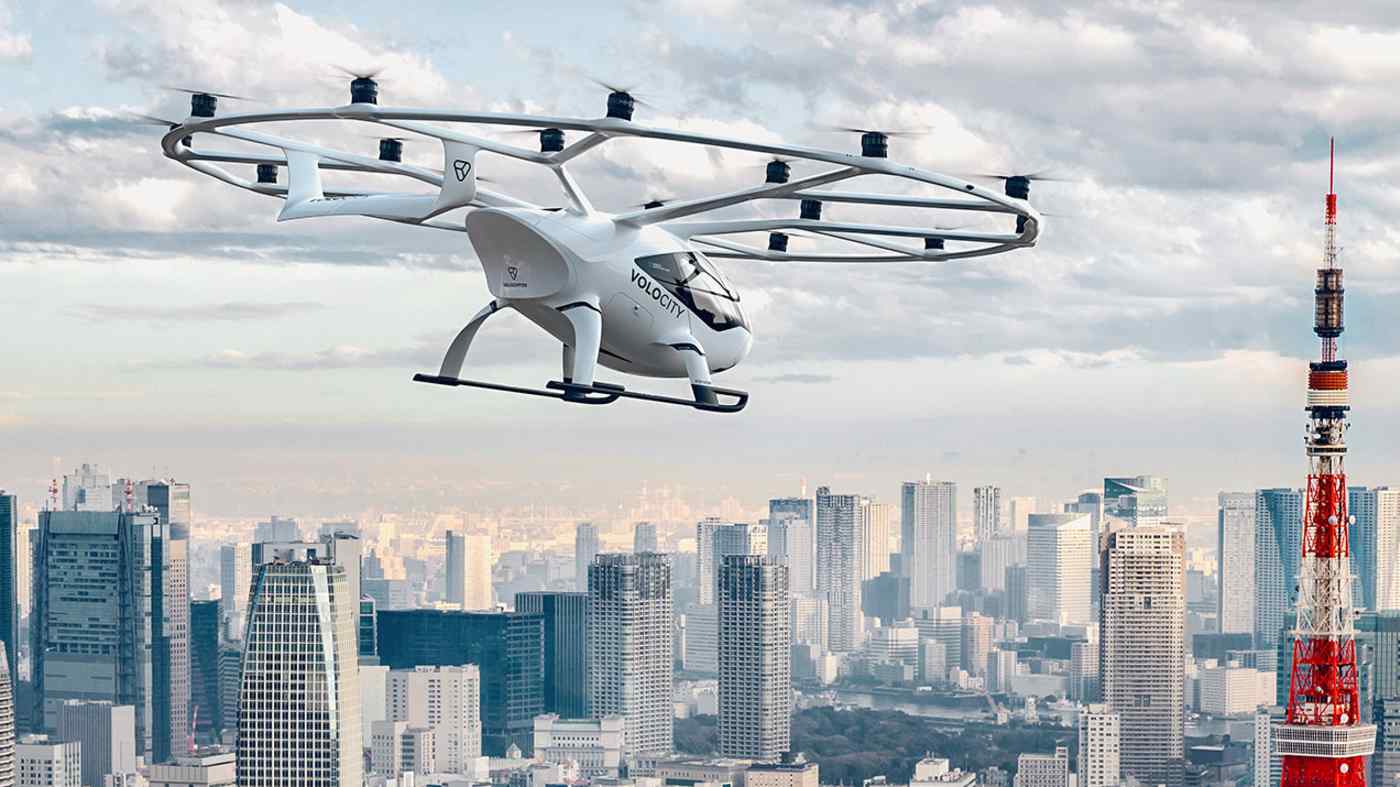 A prototype of a two-seater drone by Volocopter, a German startup in which JAL invested in 2020. (Photo courtesy of Volocopter)
Nikkei staff writersJuly 9, 2021 18:17 JST | Japan
CopyCopied

The airline will start a passenger transportation service connecting airports and tourist destinations in Mie Prefecture, among other areas. It plans to develop the business into one that can carry people around various locations as a taxi does.

The move comes amid growing competition to put flying cars to practical use in markets around the world. Putting in place the necessary safety regulations will be key for the industry to take off in Japan.

JAL will use the aircraft of Volocopter, a German startup in which it invested in 2020. It is a two-seater drone-type aircraft called eVTOL, or electric vertical takeoff and landing aircraft, with a cruising range of 35 km. It can fly at up to 110 km per hour.

JAL recently signed a cooperation agreement with Mie Prefecture to conduct trials and commercialize the service.

First, it will experiment with flights over a short distance of 20 km, before considering a medium distance of 50 to 150 km that connects local cities. When it enters commercialization in fiscal year 2025, the service is expected to connect tourist destinations with the prefecture's main airport, where it will be easy to set up departure and arrival ports.

Ultimately, JAL envisions a taxi-like business that can carry passengers anywhere within a medium distance range.

Flying cars do not require a runway for takeoff and landing, and can move flexibly. They are expected to help eliminate traffic congestion in cities where there is limited room to expand road infrastructure.

On the other hand, regulation is essential to make the service socially acceptable. Flying services are permitted in Mie Prefecture, under a special zone, but cannot travel between it and other prefectures.

The Japanese government considers that aircraft using electricity and autopilot functions are flying cars, and is rushing to create rules around them. It plans to have new and revised regulations in place by 2025.