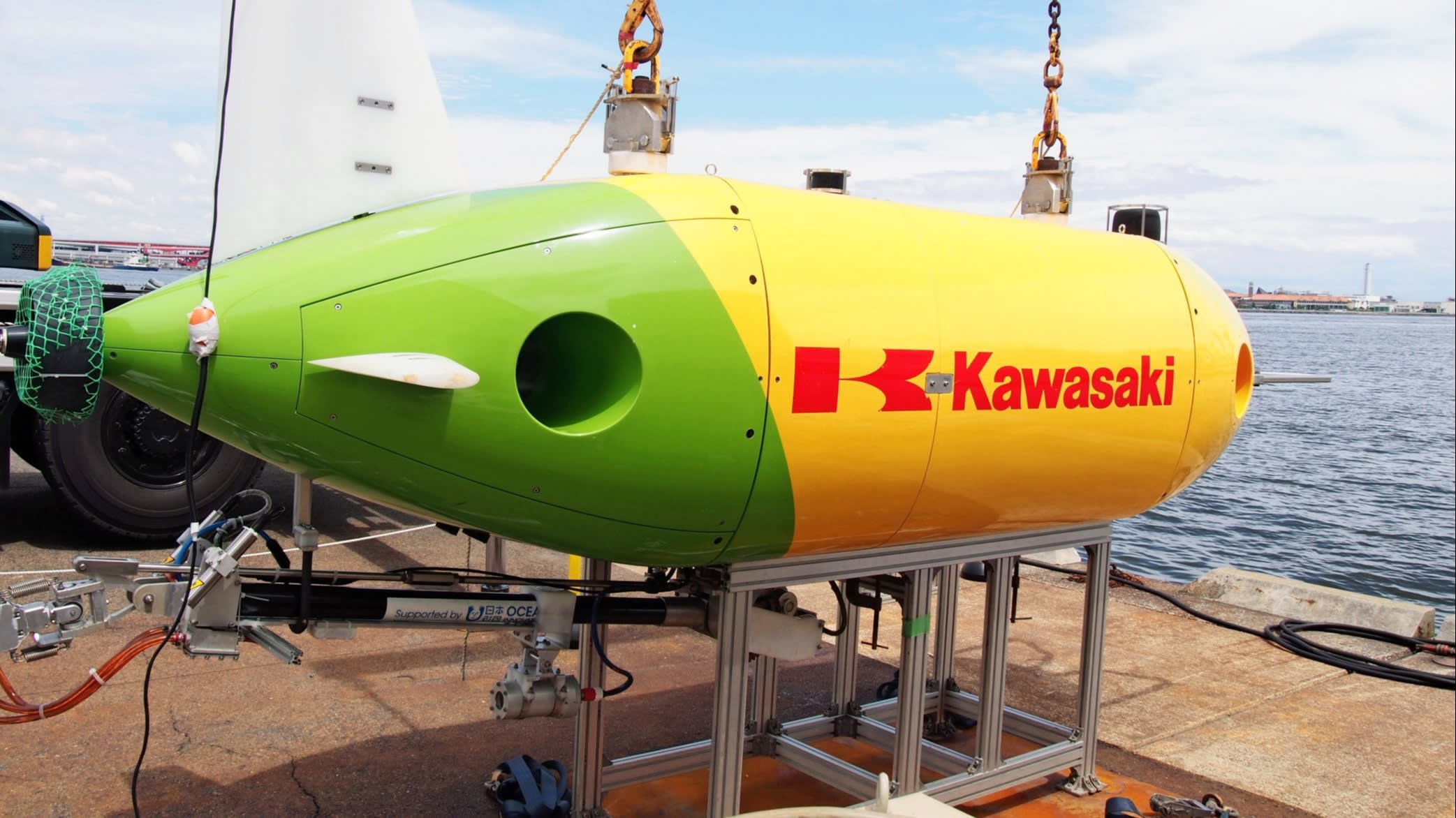 KYOTO -- Sanyo Chemical Industries' rechargeable battery made almost entirely of plastic is now powering an unmanned submarine by Kawasaki Heavy Industries in a test run, with the promise of doubling the vehicle's operation range to 16 hours.

The trial presents the first commercial use of the all-polymer device made by Sanyo subsidiary APB. The battery, whose electrolytes are also made of resin, lasts twice as long as its lithium-ion cousin and boasts cheaper production costs and greater resistance to fires.

Kawasaki's autonomous underwater vehicle is designed to inspect oil pipelines and other deep sea equipment. Due to the nature of the work, an internal battery would be subjected to high pressures. The all-polymer battery can withstand depths of more than 3,000 meters.

APB's battery can power the vehicle for about 16 hours on a single charge, up from roughly eight for a lithium-ion battery.

Mass production for the all-polymer battery is said to cost 90% less than for a lithium-ion counterpart due to the simplicity of the manufacturing process. APB, is setting up a plant in Japan's Fukui Prefecture.

Full-scale production will be ready around fall 2021, with sales to begin before the fiscal year ends in March 2022. The aim is to develop a business worth hundreds of billions of yen (100 billion yen equals $934 million) within five to 10 years.

The operation will focus on stationary power storage for buildings, but batteries for undersea drones have become feasible as well.