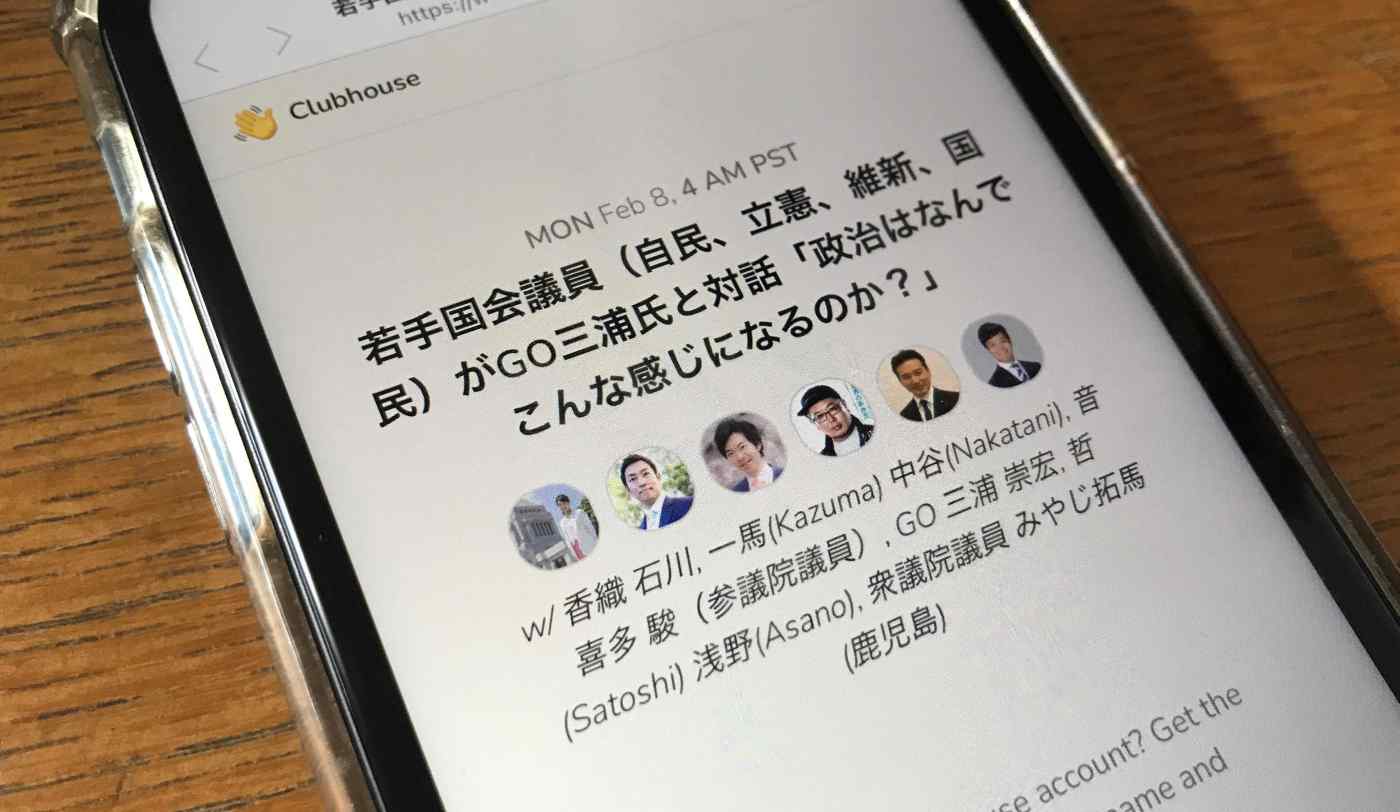 TOKYO -- Look who's talking: Less than a year after its launch, and the month after it hit Japan, the voice-based chat app Clubhouse is finding fans among legislators for communicating with the public at a time when large gatherings are out of the question.

Digital Transformation Minister Takuya Hirai participated in a study group on the platform Tuesday evening, discussing policies promoting the adoption of technology in society with such other guests as Jun Murai, a Keio University professor known as the "father of the internet in Japan." The roughly 50-minute talk attracted 2,000-plus people.