Production boosts by Apple, Xiaomi and others make up for lost business 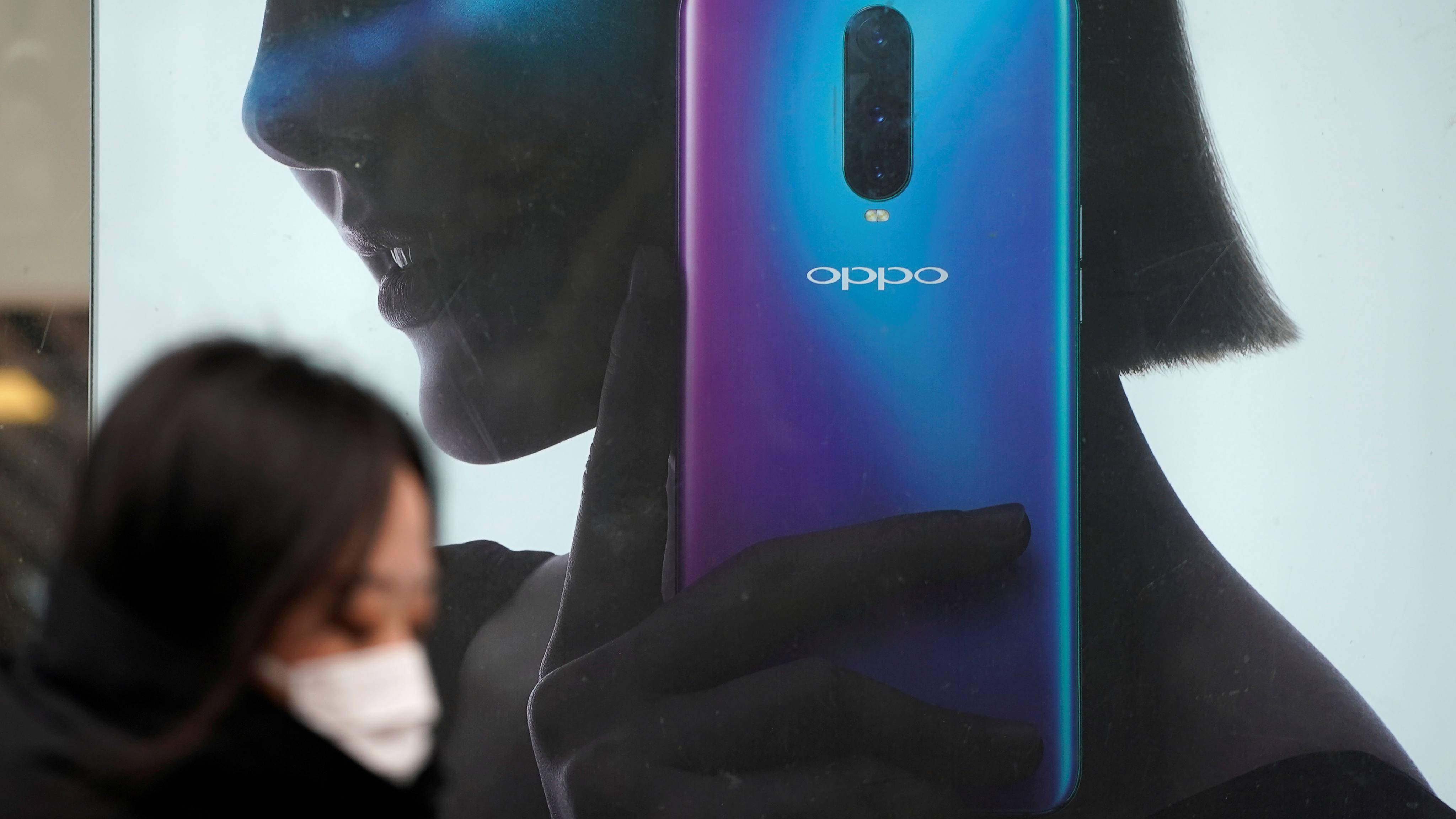 Smartphone makers such as Oppo look to ramp up production as Huawei is forced to scale back.   © Reuters
YOICHIRO HIROI, Nikkei staff writerOctober 16, 2020 02:41 JST | Japan
CopyCopied

TOKYO -- In the month since the U.S. cut off Huawei Technologies' access to components made with American technology, Japanese makers of electronic parts have enjoyed a fresh wave of orders from other smartphone manufacturers seeking to claim market share now up for grabs.

A Japan Display plant southeast of Tokyo that produces liquid crystal display panels for smartphones is running at full tilt. "There's been an influx of orders beyond what our factory can handle," a company representative said.

Orders from Huawei, the world's largest smartphone maker, stopped after Washington's sanctions took effect Sept. 15. Yet a surge in demand from rivals including Xiaomi, Oppo and Vivo is filling the gap. Some of the customers are seeking out Japanese technology as they fear Washington may expand the ban to target other Chinese companies.

Total smartphone shipments are forecast to decline for a fourth straight year in 2020, with a 10% drop to 1.2 billion units owing partly to the coronavirus pandemic, according to market researcher IDC. But some manufacturers are coming out with more aggressive production plans to capitalize on Huawei's plight.

Apple recently indicated to suppliers that it intends to turn out 220 million iPhones this year, 10% more than its previous estimate. Xiaomi and Oppo, the world's No. 4 and No. 5 smartphone makers, look to ramp up output in earnest in 2021 with targets of 200 million handsets each, up by more than half from 2020, according to multiple suppliers. 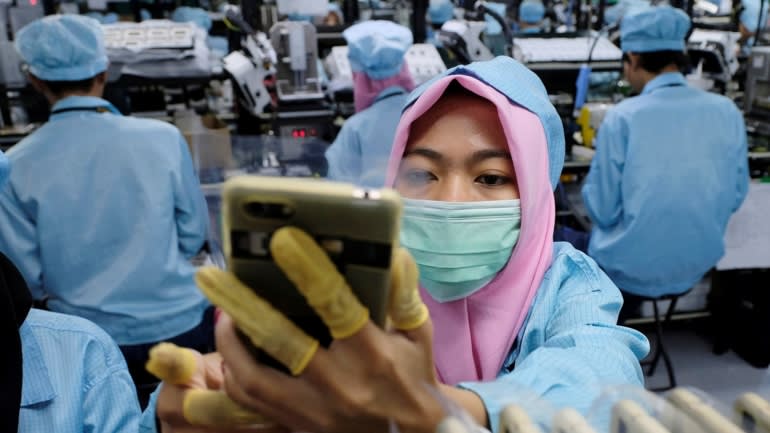 A worker holds an OPPO smartphone at a factory in Tangerang, Indonesia.   © Reuters

Huawei, meanwhile, is expected to make about 190 million phones this year, 20% fewer than in 2019. While it stocked up on parts and built up handset inventories to minimize the immediate impact of the sanctions, these reserves can go only so far. The company is believed to have about six months' worth of components on hand, and production is forecast to drop off from the first quarter of 2021 on.

The market rebalance is providing some parts makers with new business opportunities.

"Our order book hit a record high at the end of September," said a representative from a major electronic parts maker. "Some manufacturers are doubling their production plans for next year."

TDK expects procurement by other companies to exceed the lost business from Huawei. An executive called the influx "somewhat excessive."

The spike likely stems partly from precautions being taken by Chinese businesses concerned that Washington could broaden the sanctions beyond Huawei.

Chipmaker Renesas Electronics has been asked by a Chinese customer to have non-American engineers redesign a particular product at a facility outside the U.S. And Zuken, a provider of design software for printed circuit boards, reports an uptick in interest from companies in China and elsewhere that are looking for alternatives to American-made tools.

In some cases, suppliers are distancing themselves from the U.S. to keep doing business with Huawei. Sumitomo Electric Industries has begun using Japanese-made equipment in place of some American gear to test components for Huawei base stations.

"This is a special one-off boost in demand, and there may be a correction around the start of 2021," one supplier warned.