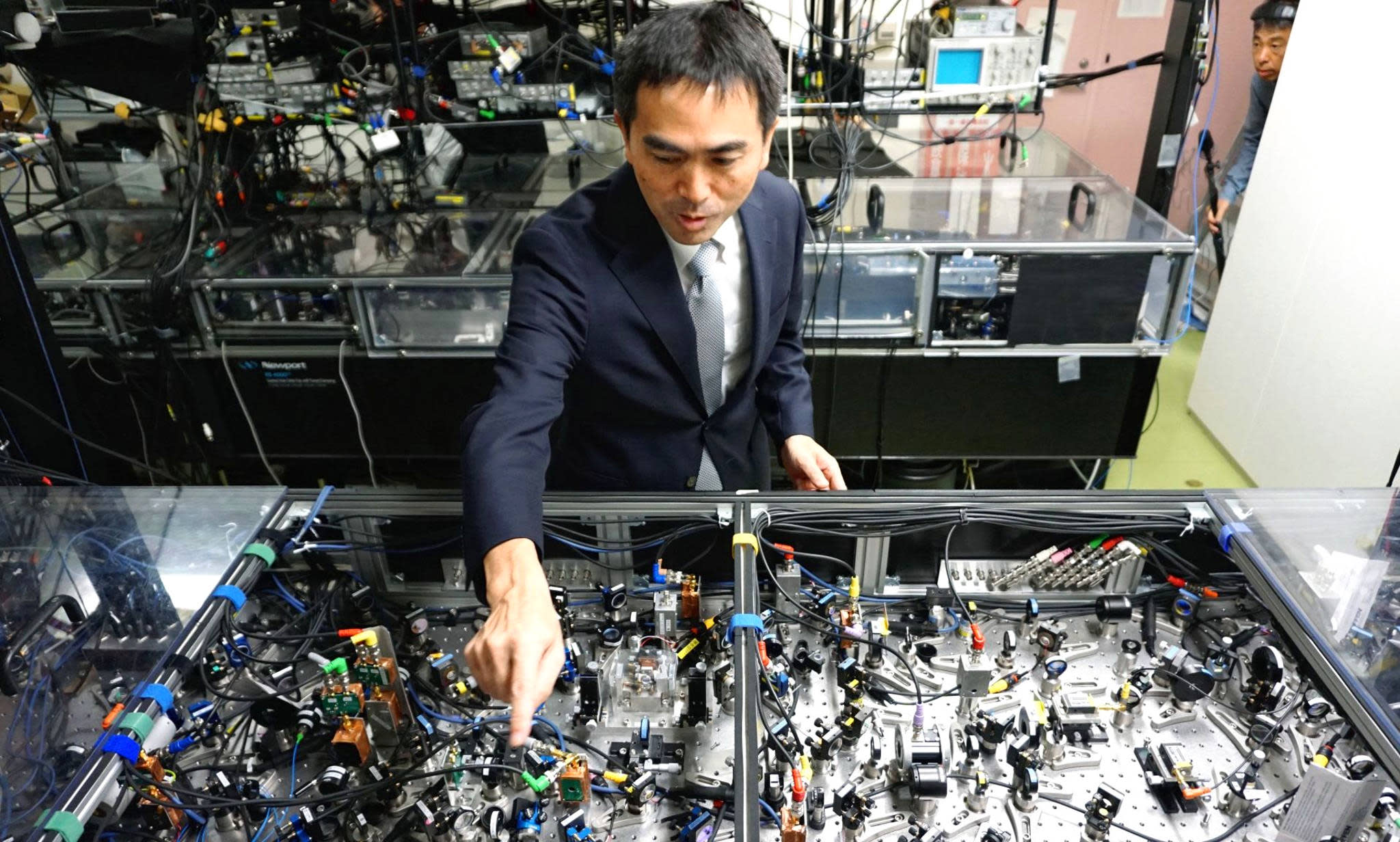 Professor Akira Furusawa's team at the University of Tokyo, one of the Japanese research groups working in quantum computing, seeks to build a machine that can work at room temperature.
NORIAKI KOSHIKAWA, Nikkei staff writerNovember 23, 2019 06:31 JST | Japan
CopyCopied

TOKYO -- Japan will aim to develop full-fledged quantum computers for a broad range of uses by around 2039, Nikkei has learned, part of Tokyo's first strategy for catching up with the U.S. and China in the race to achieve ultrafast processing.

Industry, academia and government are expected to join forces on the effort, which promises to yield innovations in fields like manufacturing and financial services.

The proposed road map, to be discussed at an expert panel meeting Wednesday, calls for building at least five quantum innovation centers over the next five years.

China, the U.S. and some European countries are investing strategically in quantum technology at the national and corporate levels.

Google recently claimed a breakthrough in quantum computing, in which a processor using quantum bits, or qubits, solved a problem that existing computers cannot complete in a practical amount of time. Both Google and IBM have produced prototype quantum computers with processors in the range of 50 qubits.

Under the government road map, Japan will aim to produce a 100-qubit machine in about 10 years, followed by a more powerful, full-fledged quantum computer by around 2039.

Japan sees quantum computing as a priority area for research and development alongside artificial intelligence and biotechnology.

The road map also covers related areas such as sensors, communications and encryption, as well as materials. With quantum computing expected to transform fields like telecommunications, drug manufacturing, finance and logistics, Japan aims to apply the technology to the country's existing strengths such as the development of materials.

The government will seek about 30 billion yen ($276 million) in funding for quantum research for the budget year beginning April 2020, roughly double the year-earlier request. The technology also will be one focus of a "moonshot" R&D program in which the government will invest a total of 100 billion yen.