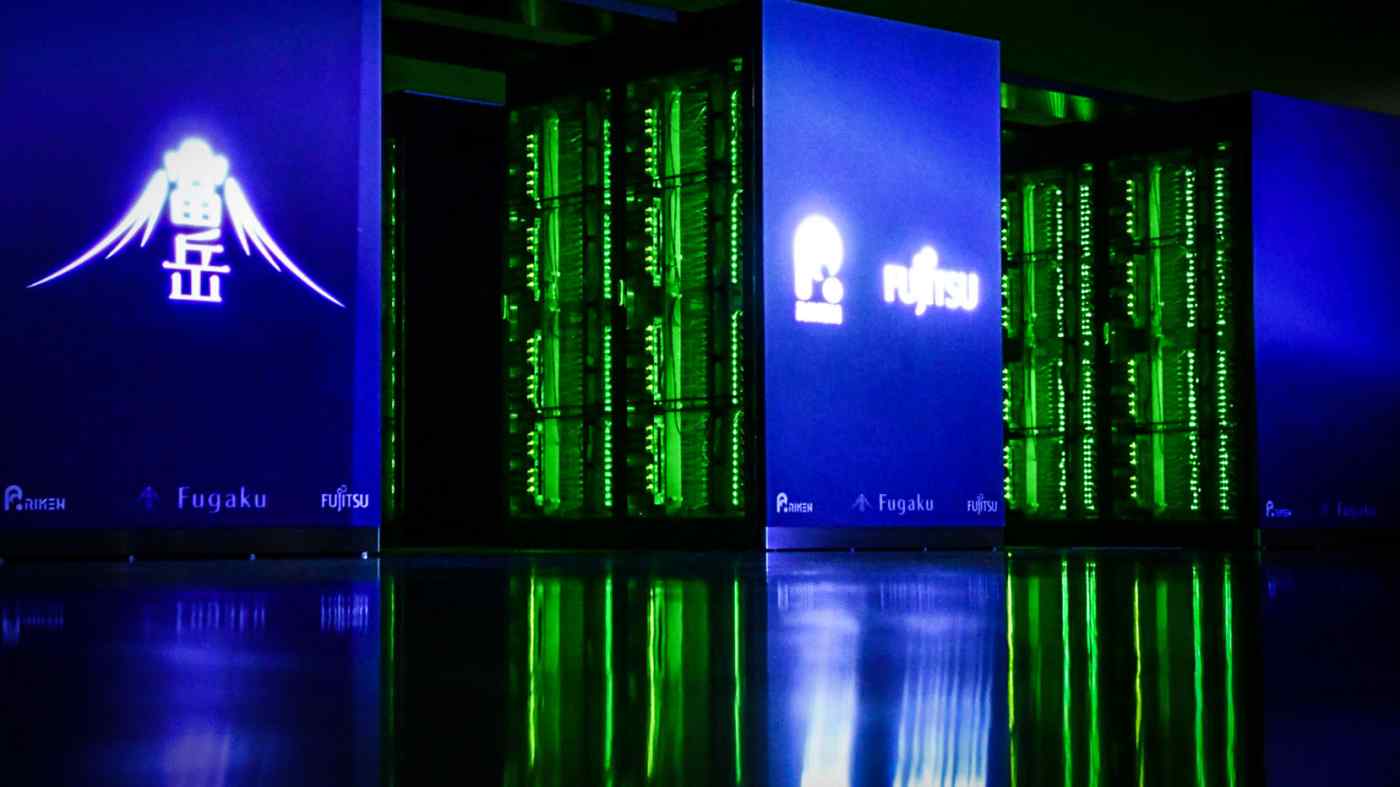 Japan's Fugaku, developed by the Riken Institute and Fujitsu, has been knocked off the top spot in a ranking of supercomputer calculation speeds after a two-year reign. (Photo by Tomoki Mera)
NIKI MIZUGUCHI and AKIRA OIKAWA, Nikkei staff writersMay 30, 2022 16:06 JSTUpdated on May 30, 2022 18:01 JST | Japan
CopyCopied

TOKYO -- Frontier, a U.S.-built supercomputer, has dethroned Japan's Fugaku, developed by the Riken Institute and Fujitsu, as the world's fastest such device, according to a twice-yearly ranking published Monday, ending the Japanese machine's two-year reign.

With the U.S. and China forging ahead in computational performance, the Japanese government will begin a full-scale study into building a successor to Fugaku, which placed second.