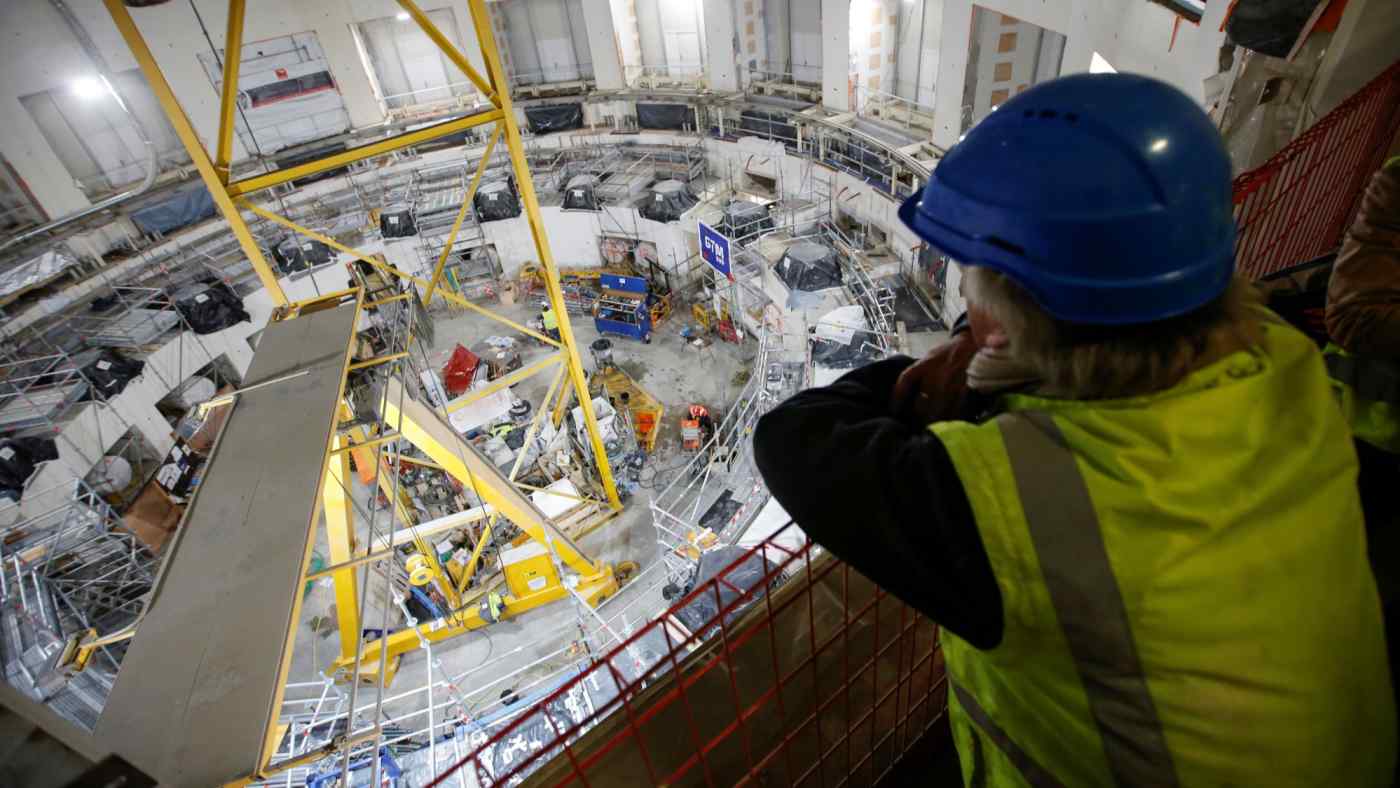 TOKYO -- Japan aims to hammer out its very first research and development strategy for nuclear fusion by summer, Nikkei has learned, with the goal of achieving a prototype reactor by around 2050.

The Cabinet Office will set up a forum for discussions with experts as early this month to create a strategy. The plan will be to work with the private sector, including financial support for small companies and startups.

Nuclear fusion generates power by recreating the same processes that occur inside the sun and does not produce carbon dioxide or other global warming gases. No highly radioactive waste is produced. Fusion reactors now being envisioned will be fueled by such materials as deuterium and lithium, which are abundant in seawater and can be obtained without depending on imports.

Prime Minister Fumio Kishida mentioned nuclear fusion in connection with a clean energy strategy in a press conference on Tuesday.

Japan is working with the U.S. and other countries on the International Thermonuclear Experimental Reactor (ITER), which is now being built in France. The project aims to see if the technology is technically feasible, though it will not generate electricity. Assembly began in 2020 with completion slated for 2025.

Japan plans to increase the competitiveness of its domestic industry by promoting research and development of equipment needed for fusion power generation. The technology acquired by participating in ITER will be applied to a domestically produced prototype reactor. The hope is that in the future it will become a baseload source for stable power supply.

In Japan, small and midsized companies are working on making components for nuclear fusion reactors. The government will consider support for them to boost technological innovation.

Investment in nuclear fusion ventures is growing in the U.S., and in the U.K., a "government fusion strategy" is in place and there is a goal to build a prototype reactor by 2040.