TOKYO -- Japan and India will tie up in the field of information and communications to counter China's growing influence on telecommunications and digital infrastructure, Japanese government officials said.

The two governments will support the introduction of 5G wireless networks, submarine fiber-optic cables and other technologies to India from Japanese companies, the officials said. In addition, Japan will receive cooperation from India in nurturing professionals well versed in digital technology.

The tie-up will involve projects totaling tens of billions of yen (hundreds of millions of dollars).

Preparations are underway to sign a memorandum of understanding for concluding a comprehensive agreement at an online meeting in December between Japanese Internal Affairs and Communications Minister Ryota Takeda and Ravi Shankar Prasad, India's telecommunications minister. Japanese and Indian cabinet ministers have not signed such an MOU before.

Following a border clash between India and China in June, the Indian government introduced tit-for-tat retaliatory measures including a ban on the use of TikTok, the popular Chinese video-sharing social networking service, in the country.

Increased tensions with China are prompting India to promote cooperation with Japan in the field of communications. 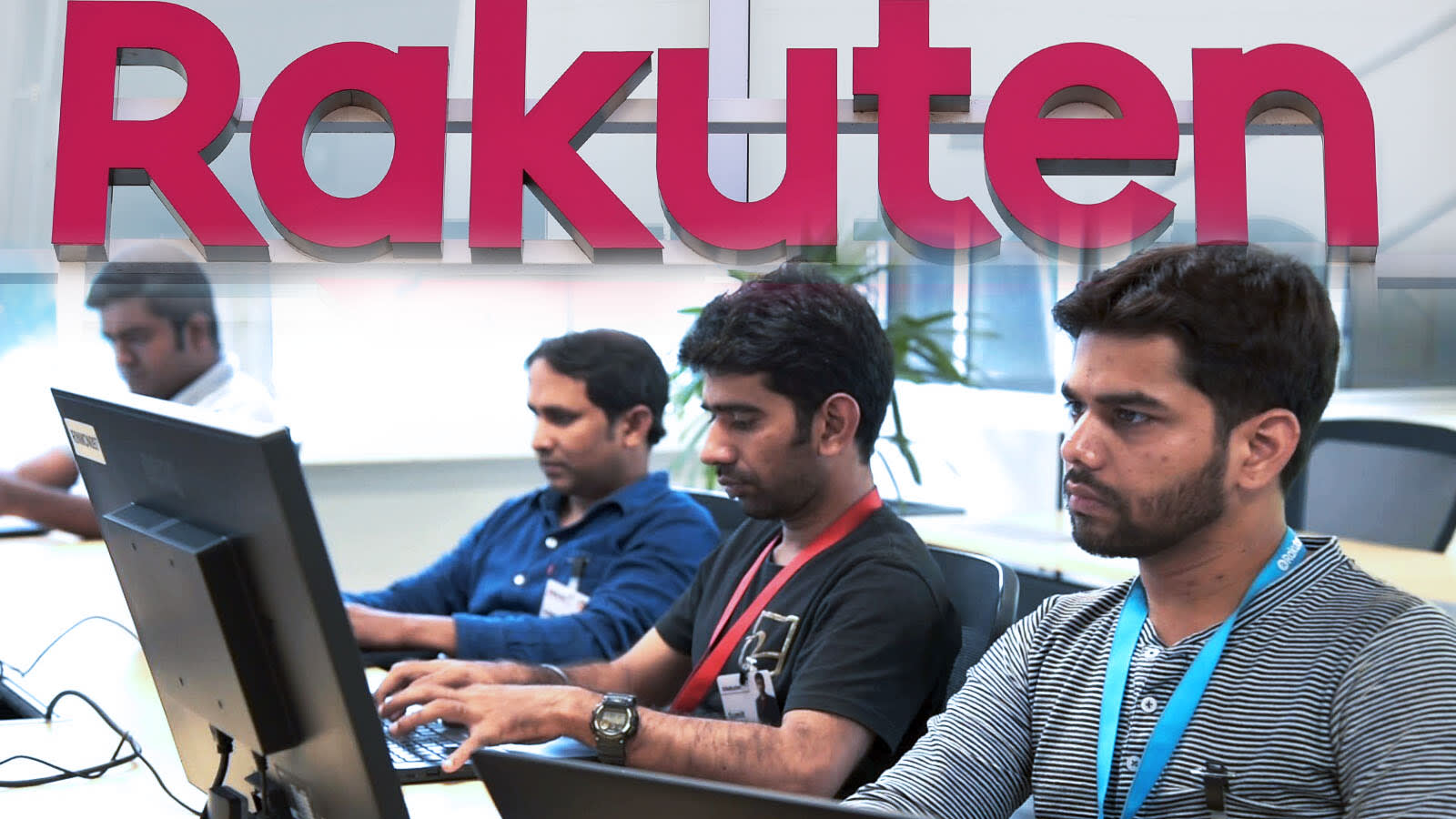 Rakuten to double IT engineer head count in India

The coming alliance will include the use of 5G technology, whose commercial application has yet to start in India, as well as the development and international standardization of 6G technology, which is planned to be put into practical use in the 2030s. It will also include laying an undersea fiber-optic cable. The governments of the two countries will support Japanese companies' pursuit of Indian orders in these fields.

Indian Prime Minister Narendra Modi has announced a plan to lay a submarine fiber-optic cable to connect mainland India with the Lakshadweep islands, located to the southwest of the subcontinent. NEC, which is about to complete the construction of a submarine cable for another group of Indian islands, will seek the order with the two governments' support.

For 5G technology, Rakuten is planning to export a cloud-based mobile network that will reduce the cost of installation and operation. The company has already opened a laboratory in the southern India city of Bengaluru to sell the technology to local carriers.

HAPSMobile, a Tokyo-based subsidiary of SoftBank, is holding talks with a leading Indian telecom company to sell technology for stratospheric telecommunications by means of a solar-powered unmanned aerial vehicle.

In the current fiscal year, a consortium of Japanese concerns, such as Olympus and Showa University, has begun supplying hospitals in India with its newly developed artificial intelligence-based software to assist doctors in analyzing endoscopic images of the bowel. 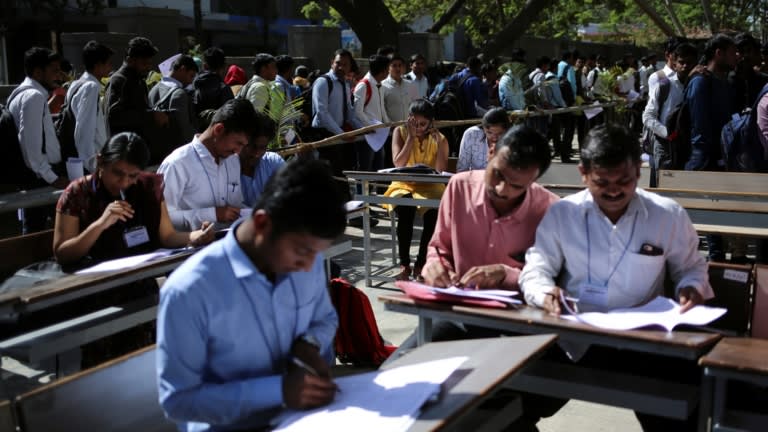 India has a large number of people familiar with digital technology.   © Reuters

The two countries will also cooperate in educating and securing professionals familiar with digital technology. Although Japan is stepping up efforts to reinforce cybersecurity and advance the digitization of government services, it is short on professionals familiar with information technology and other digital tools. As India has a large number of qualified people in the digital field, Japan hopes to gain Indian know-how to produce such people as part of the alliance.

China is strengthening economic tie-ups with countries in the Asia-Pacific region through its Belt and Road Initiative infrastructure development strategy. Chinese companies such as Huawei Technologies are reinforcing their presence in the markets for telecom equipment and undersea cables.

The government of U.S. President Donald Trump has been trying to remove Chinese companies under its "Clean Net" program. A Japanese government official said the U.S. will remain tough on China after President-elect Joe Biden takes office in January.

India is a core country, along with Japan, the U.S. and Australia, in the "Free and Open Indo-Pacific" strategy. Amid the prolonged struggle for hegemony between the U.S. and China, the importance of Japan's grip on the bedrock of telecom infrastructure is growing. Although India has retreated from negotiations for the Regional Comprehensive Economic Partnership free trade agreement signed by Japan, China and 13 other countries, the coming Tokyo-New Delhi alliance will serve to retain India in a bloc to hold China in check.

Takeda will also sign an MOU with Chile, similar to the one between Japan and India. In October, furthermore, Foreign Minister Toshimitsu Motegi said Japan, the U.S. and Australia will finance an undersea cable to the Pacific island nation of Palau.