Cybersecurity requirements aim to protect data for defense and infrastructure 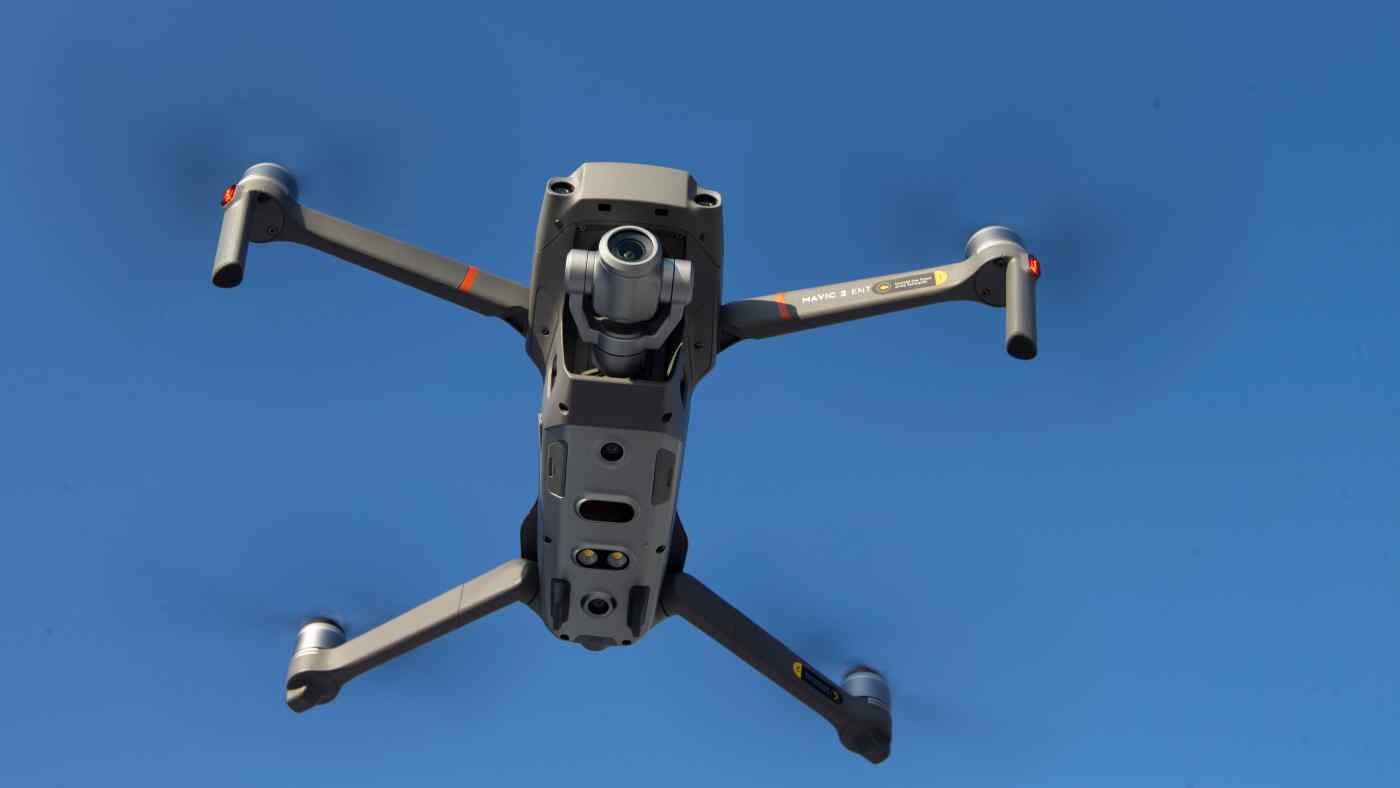 TOKYO -- Japan will adopt stronger security requirements for drones used in defense and infrastructure surveillance next fiscal year, a move that will essentially shut out Chinese-made devices from government procurement.

Starting in April, all Japanese agencies will have their drone purchases screened in advance by the Cabinet Secretariat. The requirement also will apply to some independent governmental bodies like the Japan Pension Service. The agencies also agreed to enact measures to protect data aboard the drones.

Tokyo is not naming countries or manufacturers it plans to exclude from drone fleets. But Chinese-made units likely no longer will be approved for government use.

Because drones connect to outside networks while in the air, their flight information and any data they collect could be vulnerable without security precautions. Tokyo looks to prevent outside actors from taking control of government drones or extracting data from them.

These drones carry especially sensitive data that could endanger national and public security. Information from patrol or anti-crime drones could provide insight into ongoing defense or police operations. Leaked data on dams, ports, power plants and other infrastructure could aid terrorist attacks. An unsecured drone could stop functioning during a life-or-death rescue mission or other emergency.

Japan also will enhance security requirements for other drones that collect potentially sensitive data, like land surveys for 3D mapping.

Drones already owned by government agencies will be inspected for security flaws and replaced with more protected units as soon as possible. Companies with government contracts will be urged not to connect their drones to the internet during their flight, among other security measures.

Chinese manufacturers are believed to control 70% to 80% of the global drone market. But their products, while affordable, are widely considered less secure. The U.S. government is weeding out Chinese-made drones from official operations.

Japan essentially banned agencies from sourcing Chinese information technology equipment and services back in 2018, though it never named the country explicitly to avoid causing a diplomatic rift. It likely will take a similar tack regarding the drones.