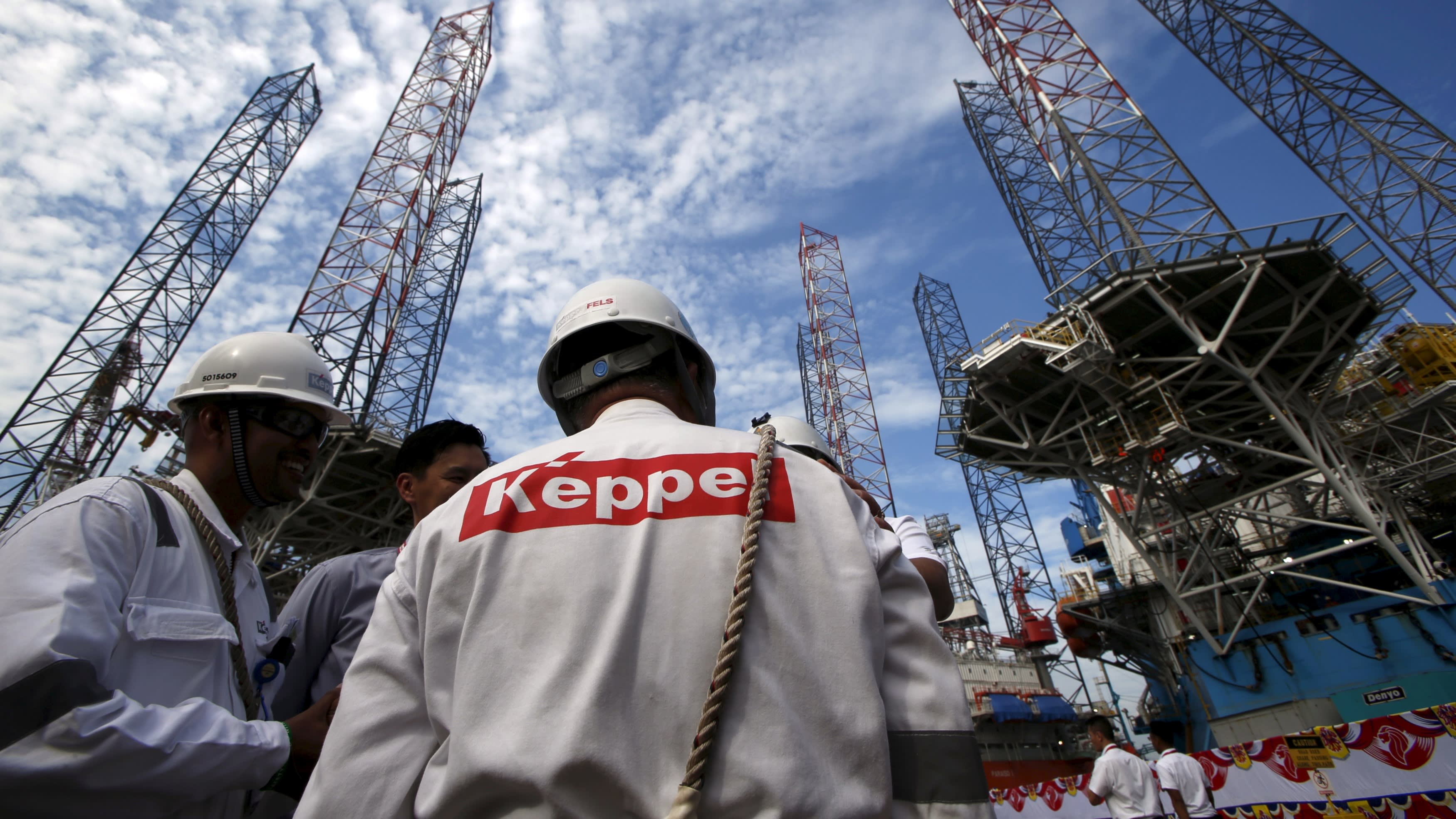 A Keppel employee stands at a company shipyard in Singapore. The group sees floating data centers as the next step in diversifying beyond its shipbuilding roots.   © Reuters
MAYUKO TANI, Nikkei staff writerNovember 7, 2020 11:09 JST | Singapore
CopyCopied

SINGAPORE -- With demand for data centers expected to skyrocket in an increasingly digital and interconnected world, Singapore's Keppel Corp. wants to change the game by building these notoriously energy-intensive facilities out at sea.

Data centers are huge energy hogs due to their need to cool rows upon rows of servers. The state-backed conglomerate sees offshore builds as the solution both for saving energy, and for removing Singapore's geographical constraints in hosting more such facilities.

Keppel signed a memorandum of understanding with Australia's Toll Group in April to study the feasibility of a floating data center. The company had announced the concept back in mid-2019, and is now testing it using Toll's offshore logistics base in Loyang, Singapore.

Keppel is one of the world's largest builders of offshore oil rigs, and has extensive know-how in building large floating structures. The floating data center will be constructed on a platform similar to an offshore rig, and use seawater to cool servers, cutting energy needs. Offshore data centers may need roughly 30% less energy than land-based counterparts, according to U.S.-based Nautilus Data Technologies, which counts Keppel among its investors.

A low-emissions power plant will also be erected offshore to serve the floating data center. Keppel announced a partnership with Japan's Mitsubishi Heavy Industries in June on hydrogen power, and with a unit of Osaka Gas in October on liquefied natural gas and hydrogen power.

Singapore is home to data centers for several international tech companies like Facebook, thanks to its strong telecommunications and legal infrastructure. The country is also less prone to natural disasters. 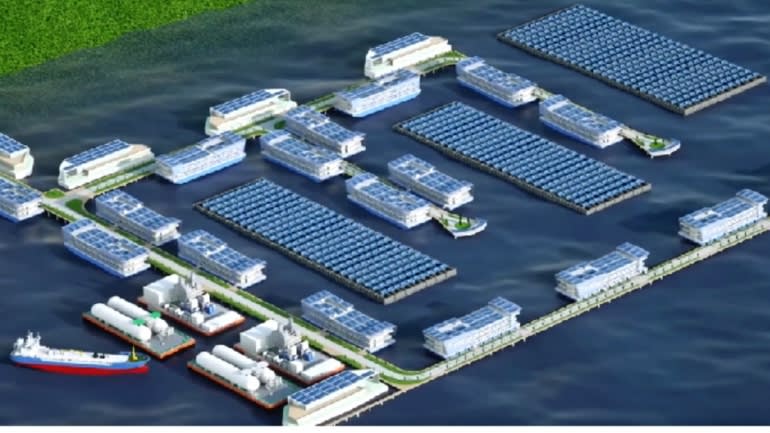 A rendering of a proposed floating data center. (Courtesy of Keppel)

While the Singaporean government is wooing more companies to set up shop here, the shortage of available land has been a limiting factor. Floating data centers could solve this problem, and Keppel believes they would also appeal to other land-scarce cities around the world.

The offshore concept itself is not new. Google was granted a patent for water-based data centers back in 2009, though it has yet to build one physically. Nautilus Data is currently developing a design of its own, and Microsoft is testing out an underwater version.

Potential issues with building data centers at sea include obtaining the proper permits for building an offshore structure, as well as costs. Keppel plans to build the its centers on top of a platform of small blocks, which can be adjusted into different sizes depending on demand.

The company's moves come ahead of an expected surge in demand for data centers, fueled by the deployment of ultrafast fifth- generation mobile networks and accelerating digitization efforts worldwide due to the coronavirus. The global market for data centers, excluding those operated in-house, is expected to grow by an average of 9.9% a year from 2018 to 2024, according to Canada-based Structure Research.

"The data center business is an important growth engine for Keppel," CEO Loh Chin Hua said back in January.

Originally founded in 1968 after taking over a British shipyard, Keppel got its start through fixing tankers and cargo ships that made port in Singapore. Once lower-cost competitors in China and elsewhere started to rise, it began expanding into new fields like rig construction, real estate and telecommunication. It started developing and building data centers to manage client servers around 2000, and now has 27, including those under development, in Asia and Europe.

The increased emphasis on data centers is part of the Vision 2030 plan announced by Keppel earlier this year, which calls for a drastic revamp of the company's operations to provide "solutions for sustainable urbanization," with a focus on wind and other renewable energy sources.

The company plans to divest assets worth 3 billion to 5 billion Singapore dollars ($2.2 billion to $3.7 billion), including land and "noncore" assets, and invest the funds in growth areas. It has set a long-term return-on-equity target of 15%, compared with its 6.3% return last year.

Keppel is considering options including a sale of its offshore and marine segment -- which includes rigs, its former bread and butter -- and plans to settle on a course of action within the year. Market watchers have suggested that the business could be sold to compatriot Sembcorp Marine.

The structural reform plan is being driven by a protracted slump in Keppel's earnings as well as its shares.

Demand for rigs has plummeted since 2015 as crude oil prices have fallen, and the trend has been exacerbated by the coronavirus pandemic. Keppel posted a SG$697 million net loss for the three months through June, its worst-ever quarterly result, and its share price sank to an 11-plus year low in September. The company's marine unit lost money last quarter.

Singapore state investment company Temasek Holdings announced plans last year to increase its stake in Keppel to 51% from 20%, but it withdrew from the deal in August in light of the company's weak earnings.

Loh has said that Keppel will emerge from the coronavirus slump as a growth company. Offshore data centers will be a key test of its comeback strategy.