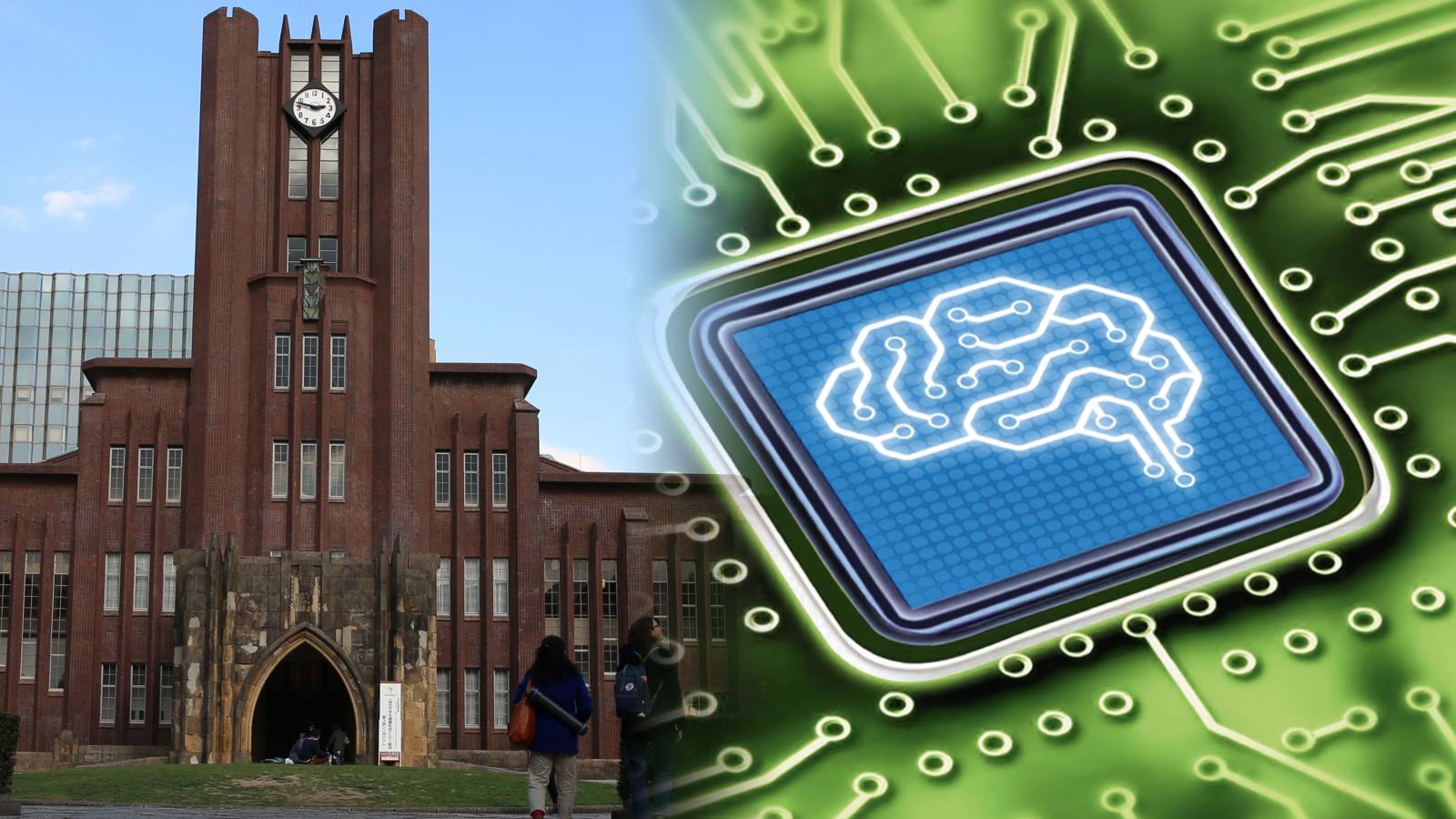 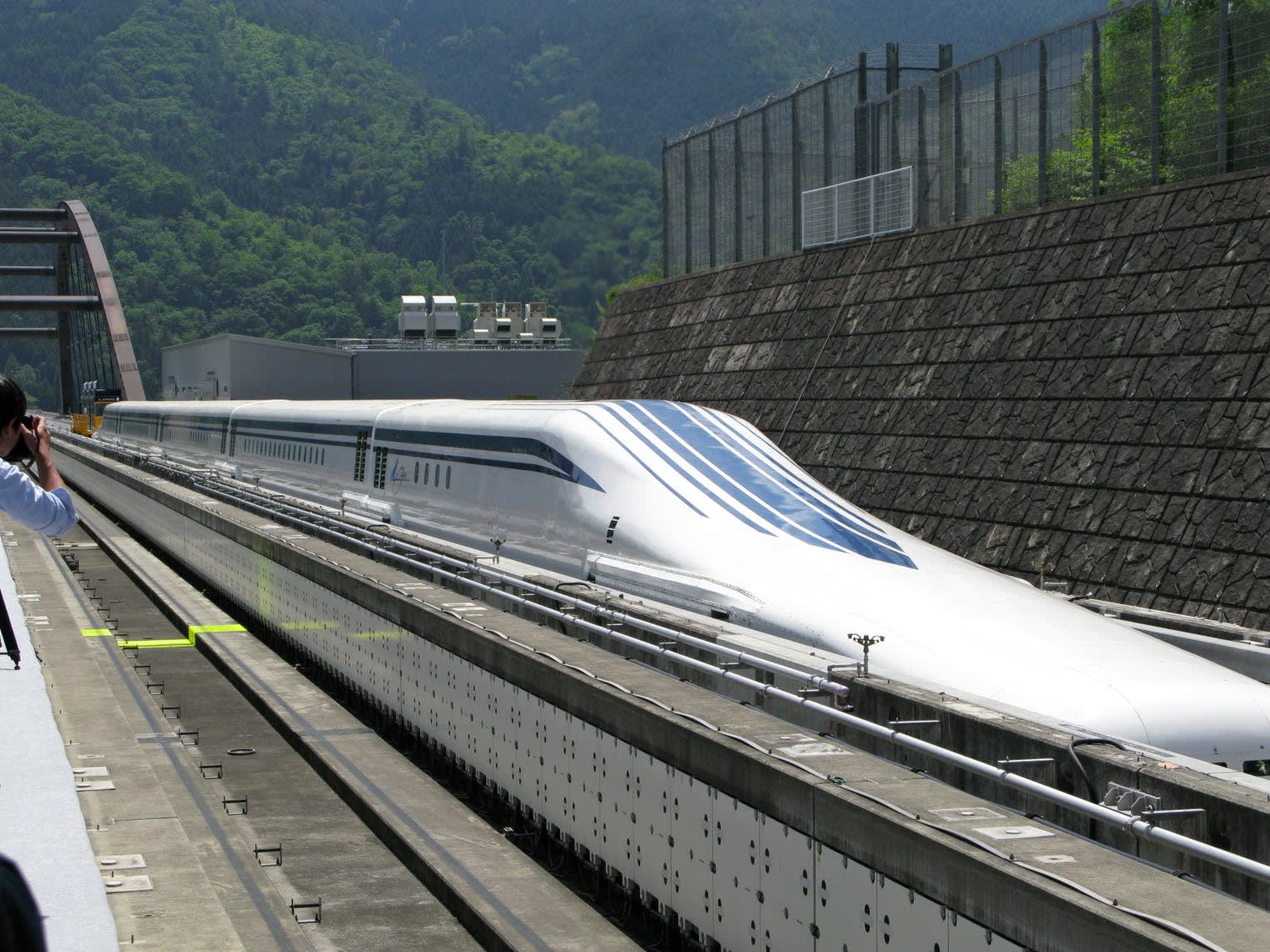 TOKYO -- JR Tokai, a railway operator in central Japan, is scheduled to begin construction this autumn on the Linear Chuo Shinkansen line. The line's magnetically levitated, or maglev, trains will be the fastest in the world, running at up to 500kph.

The train reaches speeds more common to airplanes by using a superconducting maglev system that propels it forward on a magnetic field between the track and the carriage, eliminating friction. The secret is Japan's superconductivity technology, which has improved over many years. The new line is scheduled to go into service between Tokyo and Nagoya in 2027, cutting travel time between the two cities by more than half, from 90 minutes on today's shinkansen bullet trains to 40 minutes. 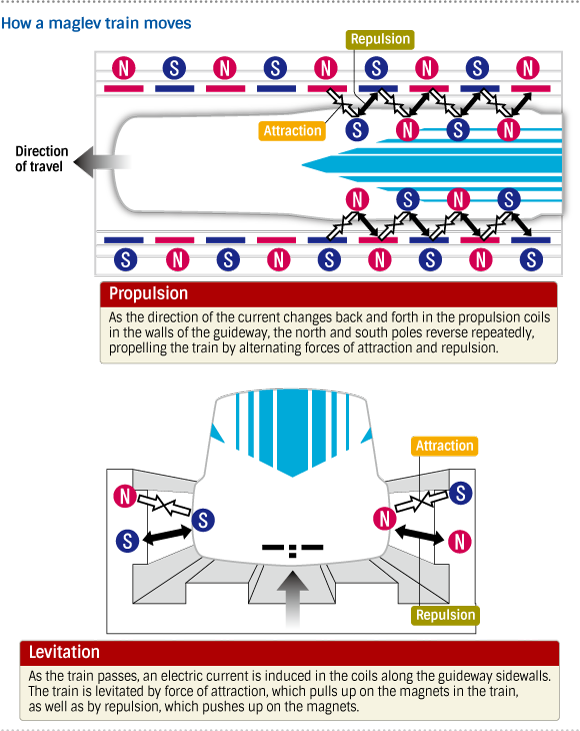 JR Tokai is testing the maglev train on a stretch of track that runs for about 43km in Yamanashi Prefecture. It floats about 10cm above the track, thanks to a series of superconducting magnets integrated into the 3-meter-wide cars, including the couplings. At a speed of 500kph, the train runs from one end of the test track to the other -- about the distance of a marathon -- in just 5 minutes.

The maglev train runs along a "track" called a guideway, which has a U-shaped cross-section. Propulsion coils run in elliptical loops along both walls of the guideway, generating magnetic force when electricity runs through them. Levitation and guidance coils, meanwhile, are formed into figure eights that create their own magnetic force when the train's superconducting magnets pass over them. These coils are arranged in cases measuring about 1 meter square along the guideway.

When an electric current flows through the propulsion coils, a magnetic field is produced. The forces of attraction and repulsion between the coils and the superconducting magnets on the train propel the car forward. The train's speed is adjusted by altering the timing of the polarity shift in the propulsion coils' magnetic field between north and south. The train has a maximum recorded speed of 581kph, although it is technically possible to raise that figure much higher.

To create levitation and lateral balance in the train, a phenomenon called electromagnetic induction is used. As the train passes along the guideway, an electric current is induced in the levitation and guidance coils, creating opposite magnetic poles in the upper and lower loops of the figure eights. The upper loops become the polar opposite of the train's magnets, producing attraction, which pulls the train up. The lower loops have the same pole as the magnets. This generates repulsion, which pushes the train in the same direction -- up. The two forces combine to levitate the train, while maintaining its lateral balance between the walls of the guideway.

The front and rear cars weigh 35 tons each, and the cars in between weigh 25 tons each. Despite the heavy load, the superconducting magnets produce a force of about 1 tesla, strong enough to push the train about 10cm above the track. In theory, the guideway requires no bottom, since the levitating force is created by the coils on the walls.

Superconducting magnets generate force in the same way as ordinary electromagnets, but they are smaller and lighter for an equivalent amount of force. Because they have no electrical resistance, a current passing through them continues to flow, and can be converted fully into a strong magnetic force. For ordinary magnets to produce the same amount of force, more electric current has to be applied, which makes them 100 times as heavy as superconducting magnets, said Ken Nagashima, chief of the maglev systems technology division at the Railway Technical Research Institute. This makes them impractical for use in maglev trains.

A niobium-titanium alloy has been used to create superconducting magnets for maglev trains since they were first developed in 1962. But to reach superconductivity, they must be kept cold. Very cold. The alloy is cooled with liquid helium to a temperature of minus 269 C. Although the alloy retains superconductivity at temperatures up to minus 263 C, the maglev system operates at 6 degrees lower to produce sufficient magnetic force.

Superconductivity was discovered in mercury at a temperature of minus 269 C by Heike Kamerlingh Onnes, a physicist at Leiden University in the Netherlands, more than 100 years ago.

As scientists developed new materials, the temperature at which superconductivity occurs, known as the critical temperature, rose gradually. The niobium-titanium alloy developed in the 1950s was easy to process and suited to industrial use. Before the maglev train system was developed, magnetic resonance imaging devices using niobium-titanium alloys were developed in the U.S. and the U.K. in the latter half of the 1970s. MRI machines are now commonplace at hospitals. But because liquid helium is expensive, industrial applications for superconductivity have not spread widely beyond MRI machines and maglev trains.

In 1986, a Swiss research team discovered a copper oxide that has superconductivity at a relatively high temperature in a way that could not be explained by conventional theory. Although the critical temperature is still chilly, at minus 243 C, the phenomenon was dubbed high-temperature superconductivity because it exceeded the limit of the theory. Copper oxides that become superconductive when cooled with liquid nitrogen (minus 196 C) were discovered in the U.S. in 1987 and in Japan in 1988. These are called the yttrium type and the bismuth type, respectively, based on their chemical composition. They are potentially valuable because liquid nitrogen is cheaper than liquid helium.

JR Tokai ran tests for a maglev train equipped with bismuth-type high-temperature superconducting magnets in 2005 with a view to using them in trains in the future. The company found that the train was able to maintain a maximum speed of about 554kph using superconducting magnets cooled to minus 253 C, 16 degrees higher those cooled with liquid helium. In addition, the magnets can be cooled directly by refrigerators without the use of either liquid helium or liquid nitrogen.

Such refrigerators have a simple structure and are easier to maintain than those using liquid coolants. Based on the results of the test runs, JR Tokai is developing a high-temperature superconducting magnet.

The holy grail for superconductivity is to produce the phenomenon at room temperature. So far, the highest critical temperature is minus 138 C.  If a superconducting material can be commercialized that functions at room temperature, power losses in electrical equipment would be reduced and fewer power plants would be needed, resulting in far less carbon dioxide being pumped into the atmosphere and a lower risk of global warming.